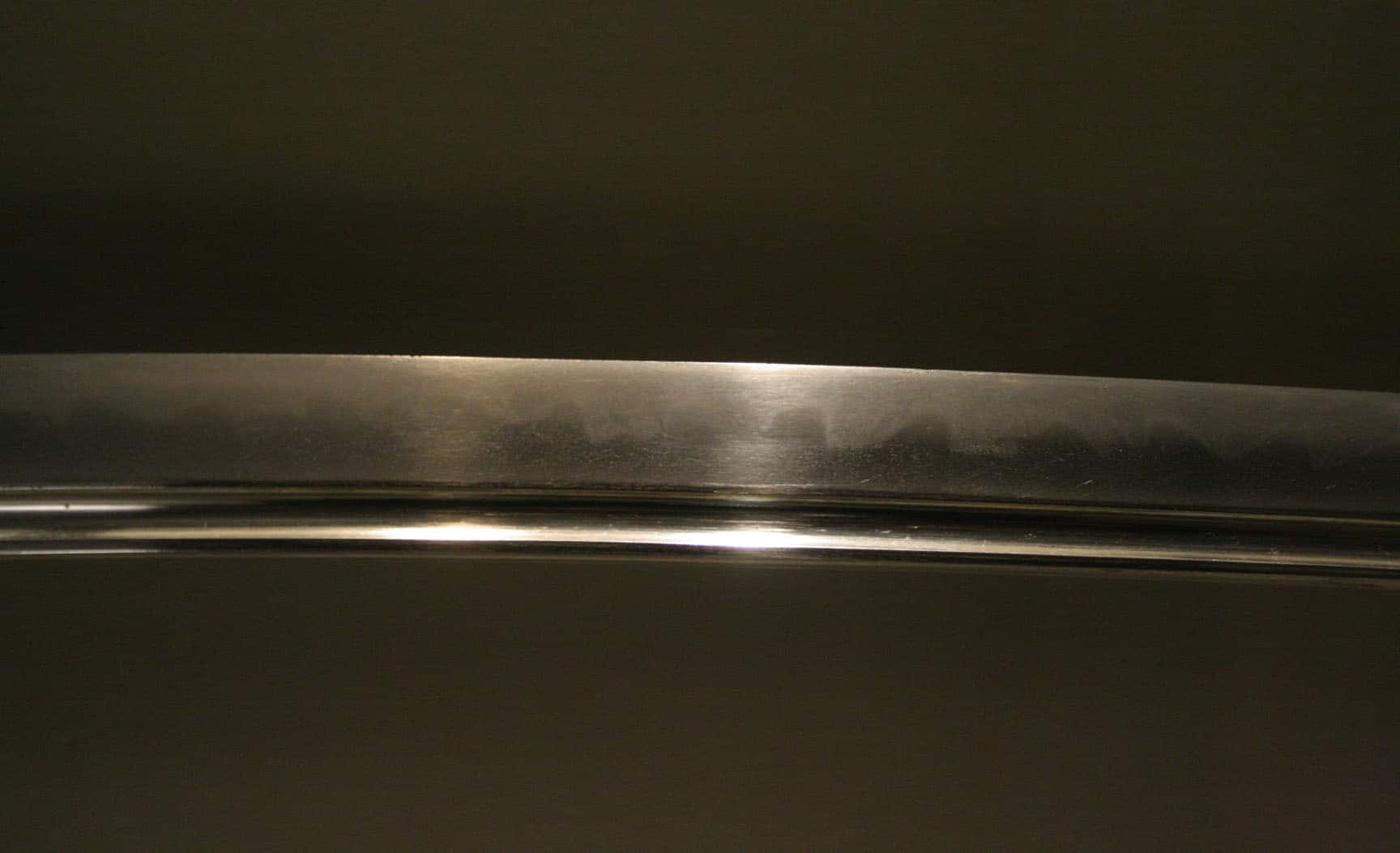 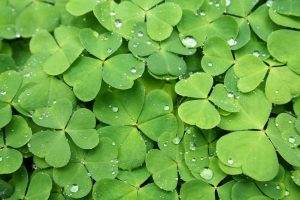 Having an edge in trading is one of the best predictors of trading success. The edge is what makes you a consistent winner in the markets, as well as the key to moving away from the whim of luck as a method of growing your account. Essentially there are two methods you could employ in trading. The first is having an edge. The second is relying on pure luck.

Most people would not hesitate when choosing between those two alternatives. Anything would be better than relying on the whim of luck, most would argue. The caveat is that luck can easily be mistaken for an edge. To illustrate this, let us read a story.

“It´s January 2017, and Bill has just started trading. Every day he looks through his list of shares and buys the one stock he thinks will go up the coming days. Bill repeats his daily procedure for six months and makes a return of 22%! “
Bill´s return indeed is impressive, but how do we know if his success stems from luck or his proficiency in “reading” the markets?
The easy answer is that we do not!
However, we could investigate the circumstances of his success to gain some clues.
We asked Bill what experience he had in the markets before starting his trading adventure. His response was that he had never even once looked at stock charts prior to that day he started trading.

We continue our research by looking at the general market mood. 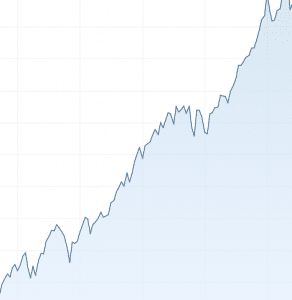 What we see is that the market has been in a steady and climbing bull market during that period in which Bill carried out his trading. Nearly everything has gone up, and it would almost be a feat not to make money during!

The Takeway of the Story 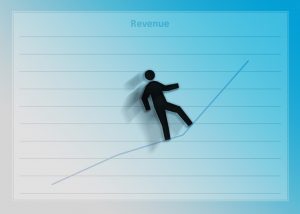 When putting Bills trading results in the context of a steady bull market, they still are impressive. However, Bill´s nonexistent experience in the field of trading is enough to suspect that his results are not a result of proficiency, but PURE LUCK. This is important, since most people would automatically assume that Bill knows how to trade. With most certainty, Bill´s trading career will end in disappointment once the market turns around. For now, he has been lucky, riding the wave of the bull market, and his methods have had nothing to do with his success.

So, What Is an edge?

Now when we know what luck could look like, it is time to learn what an edge is.
Simply put, an edge is a pattern in data that precedes market movement. The data we analyze to find edges, could be data of the market we are investigating. For example, if looking for edges in the S&P, we could use data for the S&P as well. However, patterns can also be found in external data sources, such as the VIX or Volume data. If we find patterns in these external data streams that affect the price of the market we are looking at, we would call that an edge as well.

As should be clear now, all relations between a data set and the market we are analyzing, which are not a result of luck and random price action, are edges. For us to be able to view these relationships, they need to be quantifiable in some manner. Algotraders define specific rules that catch the behavior of the edge, while discretionary traders may be able to quantify feelings that are evoked by certain market activity. The latter is becoming scarcer, since markets are becoming more and more efficient with time, as a result of more competition.

To further clarify what an edge is, let us back test a simple and well-known concept. Edges vary between markets, and something that works on for example the S&P, may not work on other index markets. For this demonstration, we will use the e-mini Nasdaq futures market and a simple mean reverting edge.

Our test is carried out with the following buy and sell signals:
Buysignal= If RSI-2 crosses under 10, then buy next day.
Sellsignal= if RSI-2 crosses over 50 then sell next day.
Results presented in the graph below:

From back testing our pattern, we can confirm that it has been favorable to buy when the 2-period RSI crosses under 10, and sell when it crosses over 60 . We can confirm that there is an EDGE in buying this pattern.

Taking a closer look, we also see that the number of winners in our test case is around 70%.

A common misconception among new traders is that the number of winning trades must be higher than the number of losing trades. It is not impossible to understand how this intuitively could make sense to many. To make money we must win more often than we lose, is a commonly used rationale.

What is overlooked in this reasoning, is that trades vary in size. An edge that is profitable only 30% of the time, could be a fantastic edge if the average winner is much greater than the average loser. That is often the case with so called “trend following” edges. This is due to the very nature of the trend following method, that will take on many false signals when a market is moving indecisively, but bring large profits when it finally takes off. The picture below illustrates this behavior. 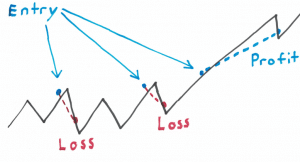 The other way around

In the same way that edges with few winning trades can be perfectly tradeable, edges with many winners relative to losers could be impossible to trade, because of too big losers and small winners. Mean reversion is an example of a trading method that often produces many winners and fewer but bigger losers, albeit tradeable. 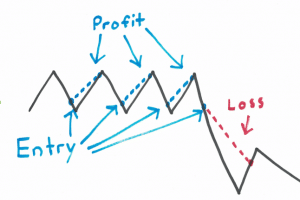 To better understand this and many more core principles of trading, Van Tharp´s Trade Your Way To Financial Freedom is a highly recommended read.

While edges exist in markets, most price activity is random and nonpredictable. When using powerful trading software and computers to find edges, we very often stumble upon results that seem to be recurring market behavior; an edge, but what is a result of random market noise. Essentially, we “fit” our model to past data, and not past behavior. Overfit edges will quickly fall apart in live trading and produce losses instead of profits. However, the risk of overfitting can be minimized if rights methods and tools are employed. You can read more about this topic here.

Edges Are Not Eternal

Markets should be seen as living organisms. They change, and with time edges decay and stop working. Some succumb slowly, and become less efficient for each day, while others die abruptly. Regardless of how they die, every trader needs to find new edges to replace those that do not work anymore.

However, while finding good edges is far from impossible, it is certainly the most laborious part of algotrading. If you feel that combining your current occupation with finding new strategies is too much, you are not alone. Designing trading strategies indeed is cumbersome, but could be alleviated greatly with our algo membership.

By knowing what an edge is and how to find it, we can enter the market when it is favorable to us. We are no longer entirely reliant on luck and are greatly increasing our odds of success. While there are other topics that are import for success in trading, a trader without an edge is a failing trader. Therefore, having an edge is the most important thing you will ever learn in trading. 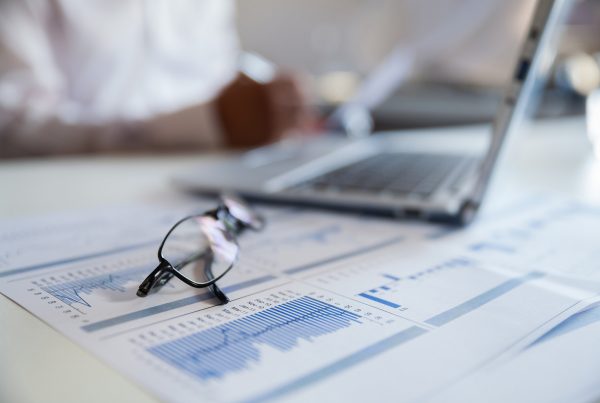 Is Algorithmic Trading Profitable? : Here Is Why! (Can You Make Money From Automated Trading?) 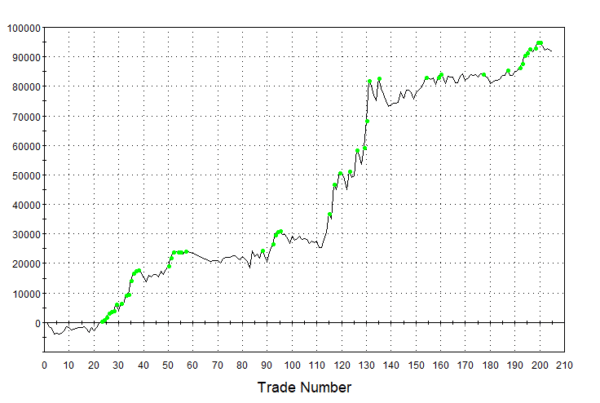 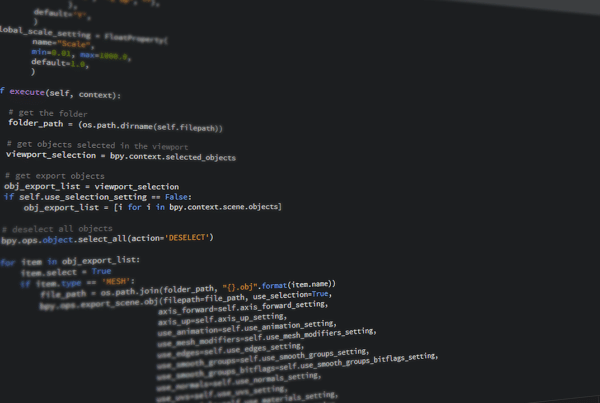