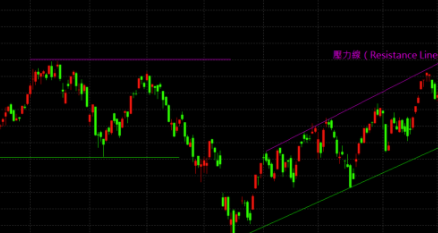 What Is A Carry Trade Strategy? – Currency Carry Trading (Introduction and Example)

Did you know there is a currency trading strategy that can make money the exchange rates stayed exactly the same for long periods of time? In fact, the carry trade strategy is a $14 trillion game in the Forex market. Interestingly, the strategy can also be applied to other assets. But what is this carry trade strategy about?

What is a carry trade strategy?

A carry trade strategy involves borrowing at a low-interest rate and investing in an asset that provides a higher rate of return. Typically, it is based on borrowing in a low-interest rate currency and exchanging the borrowed amount to another currency with a higher interest rate where it would be deposited to yield higher interest. The borrowed money could also be used to buy assets that are denominated in the second currency, such as stocks, commodities, bonds, or real estate.

While a carry trade strategy can be used on any asset — for example, borrowing at a low interest rate from the EU region to buy government bonds from a third-world country like Nigeria — it is mostly used in Forex trading, especially by long-term position traders who see it as an alternative to the usual “buy low and sell high” method.

For instance, let’s assume the Great British pound (GBP) has a 3.5% interest rate while the US dollar (USD) has a 0.75% interest rate. If you go long on the GBP/USD pair, your trade can be called a carry trade because for every day that the trade is on the market, the broker will have to pay you the difference between the interest rates of those two currencies — that is, the day’s equivalent of the 2.75% annual rate. Over time, the interest rate difference can add, and a trader can even magnify the return by using huge leverage.

In that case, you may have to make two complementary trades. For example, if you want to play a carry trade with AUD/JPY and your broker doesn’t offer the currency pair, you can simultaneously go long on USD/JPY and AUD/USD because the two trades will be equivalent to going long on AUD/JPY, and here is the explanation: When you are long USD/JPY and AUD/USD, it means you sold JPY to buy USD and sold USD to buy JPY. Overall, you are net long AUD and short JPY.

Of course, the first step in putting together a carry trade is to find out which currency offers high interest and which one offers low interest. However, the currency pair must have minimal exchange rate fluctuations for you to effectively play a carry trade strategy with it; if not, a negative price fluctuation can eat up the interest rate difference and may even result in a losing trade.

Why do carry trades work?

Many credit card issuers offer a 0% cash advance for limited periods. A retail investor may decide to take the cash advance and invest in an asset with a higher yield for as long the 0% interest rate on the cash advance lasts. Interestingly, to lure customers to use their credit cards, some credit card issuers offer 0% interest for periods ranging from six months to as long as a year. However, they often require a “transaction fee” of 1% paid up-front. So, if the retail investor takes a cash advance of say $10,000, for a year, the cost would be 1%. If the fellow invests this borrowed amount in a fixed income security, say a one-year certificate of deposit (CD) that carries an interest rate of 4%, the carry trade would result in a 3% (4% – 1%) profit or $300 ($10,000 x 3%).

Let’s say that a Forex trader notices that the Turkish lira offers a 7% interest rate, but at the same time, the Fed lowered the interest rate to 0.0% to stimulate the U.S. economy.  This trader can decide to go long on the Turkish lira (TRY) against the U.S. dollar (USD), so he sells the USD/TRY pair. If the exchange rate between the dollar and lira remains the same for the entire year, the trader makes 7% in profit from the interest. Assuming he bets $10,000 in the market, selling 0.1 lot of USD/TRY without any leverage, he earns the 7% profit or $700. However, if the exchange rate fluctuated positively, such that the TRY appreciated by 10%, the trader’s return would be 17% (7% + 10%) or $1,700 profit. On the other hand, if the TRY depreciated by 10%, the return would be -3% (7% – 10%) or $300 loss.

Using leverage to play a carry trade strategy in Forex

Let’s assume the trader’s broker offers as much as x100 leverage, but the trader decides to use x10 leverage. The trader can place his $10,000 capital as a good faith deposit (initial margin) and trade 1 standard lot size, which is worth $100,000. So, he goes short 1 lot on USD/TRY. The broker charges him 0.5% interest (since the Fed rate is 0.0) on the borrowed money, while he gets 7% interest from the lira for the year.

Carry trade is different from the usual arbitrage trading that you know, where a trader tries to benefit from the price difference between two or more markets by striking a combination of matching orders that capitalize on the imbalance in the markets. In fact, carry trade and arbitrage are two of the most useful trading strategies used by forex traders, even though some consider carry trade a particular type of arbitrage trading despite their unique features.

So, the carry trade strategy involves risk — the trader is exposed to exchange rate fluctuations but is speculating that exchange rates will remain favorable enough for carry trade to be profitable. Such traders are willing to take on the risk, so he tries to invest in whichever currency is expected to offer a higher rate of return including currency exchange gains or losses.

The carry trade formula is a bit complex, but basically, the daily interest is calculated in the following way:

IRLong Currency = interest rate per annum in the currency bought

IRShort Currency = interest rate per annum in the currency sold

Of course, the amount will not be exactly $12 since the banks will use an overnight interest rate, which fluctuates on a daily basis. One more thing to note is that this amount can only be earned by traders who are long NZD/JPY. Those who are short on the pair will have to pay the interest every day.

An example of a carry trade opportunity in real life

One of the best examples of carry trade could be seen in the early part of the century — between January 2000 and May 2007. During this period, the Australian dollar/Japanese yen currency pair (AUD/JPY) had an average annual interest difference of 5.14%. While this may look small, some traders used leverage to multiply their returns — x10 leverage would turn the return to over 50% per annum, while x30 leverage would turn it to over 150% return per annum.

Of course, investors earned this return even when the currency pair failed to move one cent. However, with so many people getting involved with carry trades, the currency rarely stayed stationary. Interestingly, the pair mostly moved in favor of those who were long AUD during that period.

What is a positive carry trade?

As we have already stated, currency carry trade comes with a risk of exchange rate fluctuations, which can go against the trader’s position. If the exchange rate losses are bigger than the interest rate differential the trader was targeting, the trade will end up a loser. On the contrary, when the return from a carry trade is positive (carry trade profit), the trade could be referred to as a positive carry trade.

Another scenario is when the exchange rate fluctuation is against the trader but the extent is still smaller than what the trader is making from the difference in interest rates. Whatever the case, it is a positive carry trade if the interest rate differential is positive and the trader makes a positive return at the end of the tenure.

How do you carry a trade?

However, it may not be easy to find such a currency pair on your broker’s platform. In that case, you may have to simultaneously trade two currency pairs that will give you the combination you need. For example, if you want to sell the Japanese yen to buy the Turkish lira and benefit from its 17% interest rate, your broker may not offer TRY/JPY which you can simply buy. What you do is find two trade combinations that can give you the position you want.

The advantages of a carry trade strategy

The carry trade strategy offers you some advantages. As long as you’re in a positive carry trade, you’ll make profits daily, even if the market is stagnant and the exchange rate relevant to your trade does not move, because you will earn from the positive difference interest rates.

And, if the exchange rate fluctuations move in your favor, you will profit from the interest paid on your carry currency as well as from any appreciation in the value of the currency pair. If you make use of leverage and control a large amount in your trade, your returns will multiply — both the one from interest rate difference and the one from positive exchange rate fluctuation.

So, trading in the direction of a positive interest rate difference is a huge advantage when you are trading with leverage because when your broker pays you the daily interest on your carry trade, the interest paid is on the leveraged amount and not on your small trading capital. For example, if you open a trade, say a full standard lot size, which is worth $100,000, when you only have only $5,000 in your trading account, you will be paid daily interest on $100,000, and not $5,000. So, your returns can easily add up to a large amount.

Carry trade risks: why might a carry trade end badly?

There are two main risk factors involved in a carry trade strategy:

The biggest risk in a currency carry trade is the uncertainty of exchange rates because the forex market is an exceptionally volatile one and can change its course at any point in time. While a positive carry trade on a currency pair that is appreciating can result in a substantial profit, adverse movement in the exchange rate of your currency pair can completely wipe out all the gains from the interest rate difference.

For this reason, use a carry trade strategy with caution because volatility in the market can have a fast and heavy effect on the currency pair you are trading.  Without proper risk management, your position can take a heavy hit.

Here are some tips that can help you if you want to use a carry trade strategy:

Here is a paper from DB Currency Markets that dig deep into Currency Carry Trading. What are forward-rate-bias and forward premium puzzle and a lot more.

What Is Energy Trading?