There are many different trading patterns out there, and it may be quite difficult to learn all of them. But as a trader, you need to learn the most common ones, especially if you intend to learn price action trading.

What are trading patterns?

Also known as chart patterns, trading patterns are identifiable structures or shapes formed by a group of price bars over several trading sessions, which may indicate how the price will likely move in the near future. Many trading patterns are formed as price consolidations after a trend in one direction, so they may either indicate a trend continuation or a potential reversal.

While every technical trader can use trading patterns to improve their chart analysis, price action traders mostly base their trading strategies around those patterns as they depend on them to spot trading opportunities. And truly, if you understand how to read those patterns, you can spot profitable trade setups that indicate the footprint of institutional traders.

The trading patterns you see on the charts of various financial markets are created by the action of traders and investors as they are buying and selling their positions in different timeframes. These patterns are often formed by price bars that are clustered around the same level, which implies that the price is consolidating in readiness for a serious move.

A price consolidation is a period when the price trades around the same level or within the boundaries of a range. It forms when institutional investors and traders are either accumulating or distributing positions, so they are not yet ready to push the price in a particular direction. Accumulation implies gradually taking long positions, while distribution implies gradually disposing of their positions. These institutional traders (also called smart money) try to do these quietly.

Whatever is playing out in a trading pattern, what is clear is that the patterns emerge through buyers’ and sellers’ behavior. Here are a few things that can help you understand them:

These are called continuation trading patterns because the trend preceding their formation is likely to continue after they are formed. Depending on the trend where the pattern is formed, it can be classified as bullish or bearish. In an uptrend, they are called bullish patterns, but in a downtrend, they are bearish patterns.

Examples of bullish continuation patterns include:

Examples of bearish continuation patterns include:

Examples of bearish reversal patterns include:

Examples of bullish reversal patterns include

See the pictures below: 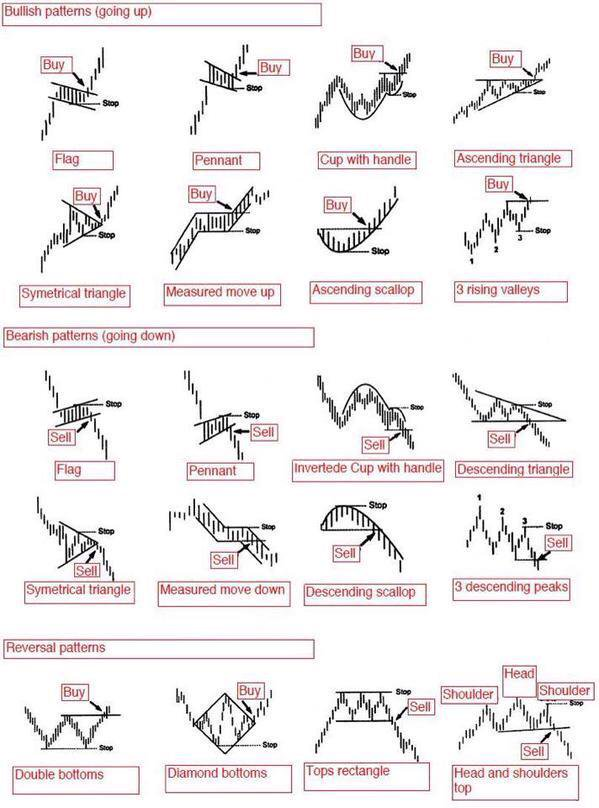 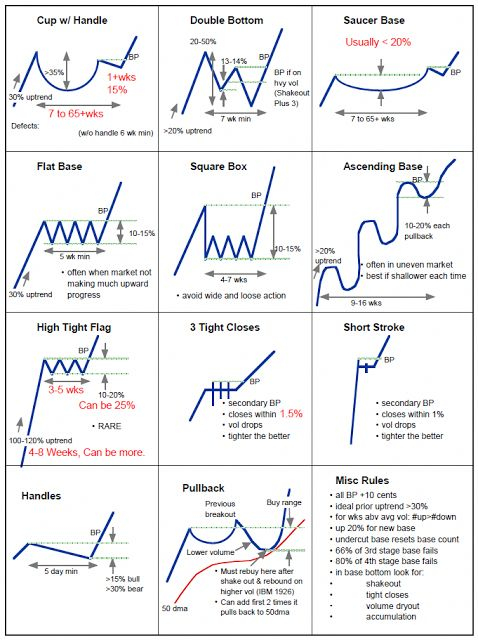 How to trade with these chart patterns

So, you need to have a way of know when the breakout is genuine so you can make a trade. Here are clues that can tell you if a breakout is likely genuine: