What is an AGM?

In the US, the Annual General Meeting (AGM)  is often referred to as “Annual meeting” 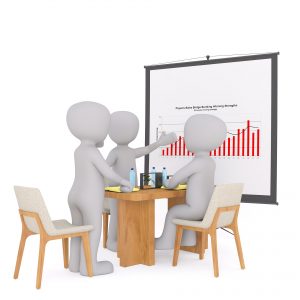 An AGM, which is an abbreviation for “Annual General Meeting” is an obligatory annual meeting for, among others, a company’s shareholders. At the meeting, information regarding the company’s recent achievements and performances is presented, and shareholders with voting rights may vote on certain issues. These issues could include dividend payments, executive compensation or appointments to the board of directors.

How often are AGMs held?

AGMs should be organized once every calendar year and must be held within a time span of 15 months, counting from the latest AGM.  Also, a 21 day’s written notice to all shareholders informing about its date must be provided.

What Is the Main Purpose of an AGM?

The main purpose of an AGM is to comply with legal requirements and make decisions on a range of topics. Here follow some of the issues that are normally addressed:

Often, the directors and executives of the company take advantage of the AGM as a way of sharing their visions of the future.  Often, shareholders may also ask questions that they want to ask specifically to a member of the board of directors. In other words, AGMs may be the perfect opportunity to reach out to shareholders and spark interest and excitement in a company. If made well, it could, in turn, lead to higher pricing of a company’s shares.

Promotional Use of  an AGM

One clear example of how an AGM can be used for promotional purposes, is the AGM of Warren Buffet’s Berkshire Hathaway.  Buffet is a keen speaker who has made a habit of delivering long speeches on the general economic outlooks and his view of the company. Every year, tens of thousands of visitors come to listen to his speeches, together with news media that provides coverage for those who couldn’t attend themselves.  In fact, it’s become so popular that some have chosen to refer to it as “The Woodstock for Capitalists”.