The bullish harami belongs to the category of most popular candlestick patterns and is relied upon by many traders in their analysis of the markets.

A bullish harami is a two-candle bullish reversal pattern that forms after a downtrend. The first candle is bearish, and is followed by a small bullish candle that’s contained within the real body of the previous candle.

How Do You Identify a Bullish Harami? 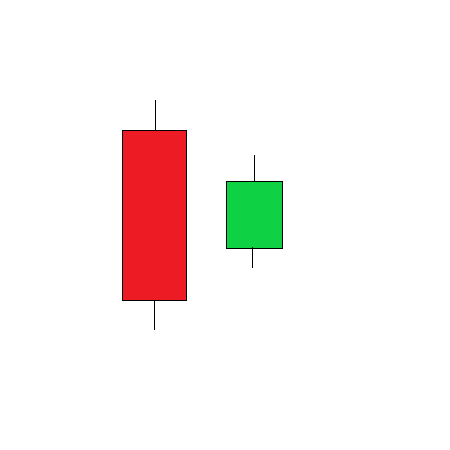 A bullish harami forms after a downtrend, and this is how you identify it:

What Does a Bullish Harami Mean?

Every candlestick pattern tells a unique story about the market.  Here we wanted to share with you the story of the bullish harami pattern

Just remember that you shouldn’t take stories like these too seriously since it’s hard to know the exact reasons why a market moves. Still, they’re good exercises when it comes to learning about and exploring the markets.

As the market is in a downtrend, market participants are mostly bearish. Sellers are dominating the market, and buyers wait for a signal that the bearish trend has come to an end.

When the first candle of the bullish harami is formed, there is no sign of bullish market sentiment. Just as before, selling pressure is high and pushes the market even lower.

However, when the market opens the next day, it does so with a positive gap. The bears seem to have lost the lead overnight, and given the bulls a chance to revert the trend.

During the rest of the day selling pressure tries to push the market lower, but buyers are there each time to prevent the market from heading lower. The bulls even manage to push prices a little higher, albeit not above the open of the previous bar.

This is a major sign of strength that leads to more people placing buy orders, which in turn fuels the coming uptrend.

All in all, the bullish harami pattern is a sign that bulls managed to not only make the market gap to the upside, but also hold that level for the rest of the day. 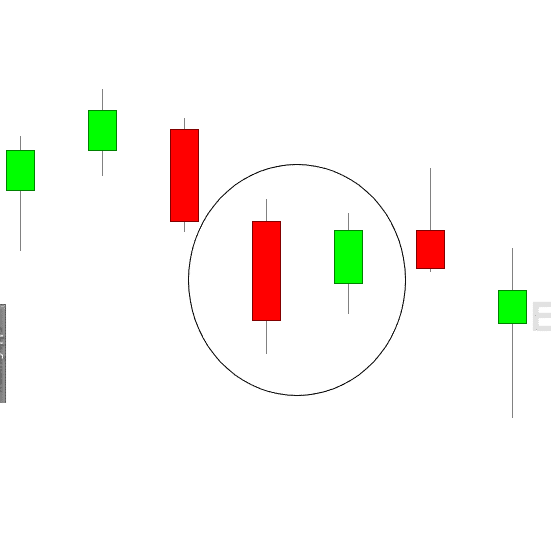 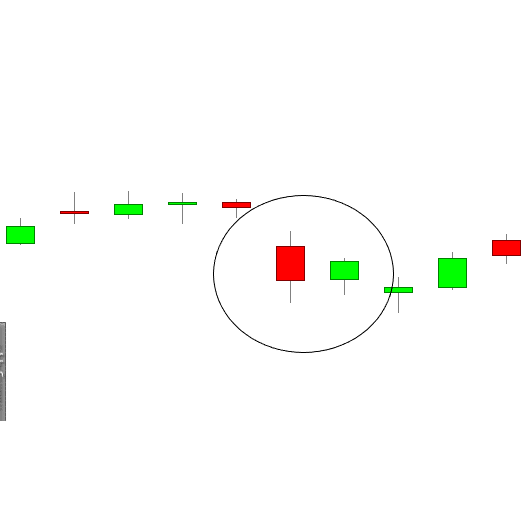 Ways to Improve the Accuracy of a Bullish Harami

Now, most traders who make use of the bullish harami add other conditions and filters to improve the accuracy of the pattern. In short, patterns like the bullish harami should be seen as small indications of where the price is headed next that need to be validated with other methods as well.

In this section of the article, we wanted to show you a couple of different approaches we use to improve the accuracy of different patterns.

There are many seasonal effects that are hidden in the markets. For example, in some markets one day of the week or one-third of the month might be extra bullish or bearish.

Now, if you know these tendencies you could take those into account in your analysis. For example, a bullish harami that’s formed on a day that’s extra bullish might not be as accurate as one forming on a bearish day. The positive gap and bullish candle could just have been the result of the extra bullish sentiment of that period, and just be a short pullback, rather than a reversal of the trend.

Seasonality is something that we use extensively in our own trading and have had great success with!

Sometimes a pattern that’s formed with high volatility is more reliable than one that’s formed in low volatility conditions. What works best depends on the market and timeframe you’re trading, and you should test and see what works the best for you.

On easy way to gauge the strength of a trend is to look at the ranges of the candles. If the candles leading up to the bearish harami are long and big compared to the other bars, you know that the market is quite strong and determined to move higher.

Conversely, if the candles leading up to the pattern are small and insignificant compared to other candles, that’s a sign that the trend is weak and might break more easily.

Now, another way of gauging the accuracy of a bullish harami is to compare the range of the pattern itself to surrounding candles. For example, if the first bearish candle is extra big and the gap leading to the bullish candle is of significant size, that tells us that the market has gone through what could have been the last blowoff before the reversal of the trend.

Volume has proven itself useful many times in our own trading strategies. Unlike a price chart that only tells you how the market moved, a volume chart also gives clues about the conviction of the market. As such, it could be said to add a second layer to our trading that helps us notice detail sthat we wouldn’t have noticed otherwise!

Now, you might also want to look at volume of the individual candles that make up the bullish harami pattern.  For example, if the volume of the bearish candle is very high, it might indicate a final blowoff, as we talked about before.

Earlier we talked about how a bullish harami could be improved by taking volatility into account. That’s also what we do in this strategy.

To ensure that we only take a bullish harami when volatility is high, we’ll use the ADX indicator. ADX is one of our favorite indicators that we’ve found to work very well with many trading strategies.

Now to filter out low volatility signals, we’ll require that the ADX is above 20 to take a signal.

As to the indicator settings, we’ll use a length of 10. We’ve found that lower settings than 14, which is the default setting for the indicator, sometimes work better. That’s why we’re going with a shorter setting!

Then to exit the trade, we wait for 5 bars. Simple time exits sometimes work remarkably well. You should definitely try them out!

The Bullish Harami pattern occurs after a downtrend and becomes more significant the more the market has gone down.

As such, we might want to introduce some type of filter that tells us when the market is oversold and likely to bounce back.

The filter we’ve chosen to use is the RSI indicator. We’ve had some very good experiences with it in our other strategies.

To take a trade, we’ll require that the 5-period RSI is lower than 30.

So, the rules for the strategy become that we buy if:

Then to exit the trade, we’ll wait for the RSI to cross above 50. 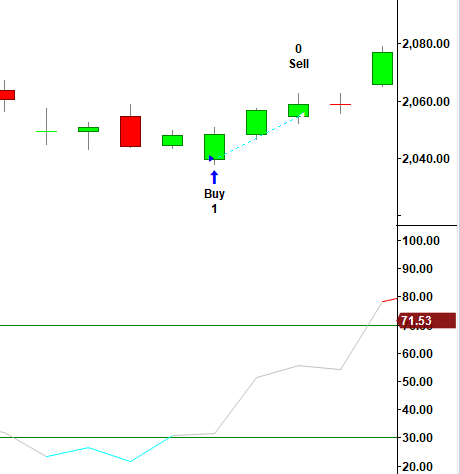 Since a bullish harami should happen after the market has gone down, it means that the market should trade below its short term moving average.

So, the rules for this strategy become that we buy if: 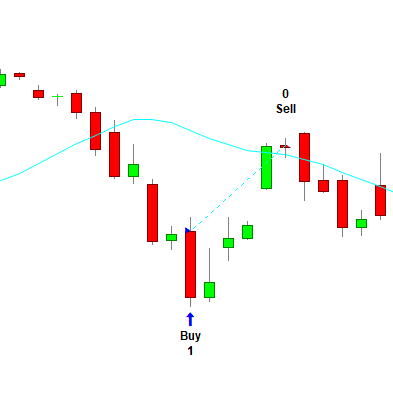 In this article, we’ve had a look at the bullish harami candlestick pattern. We’ve explored its meaning, and showed you how you could improve the pattern by using different filters. In addition to that, we’ve also covered a couple of example trading strategies.

Now, if you want to build your own trading strategies using the bullish harami or any other pattern, we recommend that you read our complete guide to building a trading strategy. There we cover the steps to creating a strategy, as well as common pitfalls traders fall for!