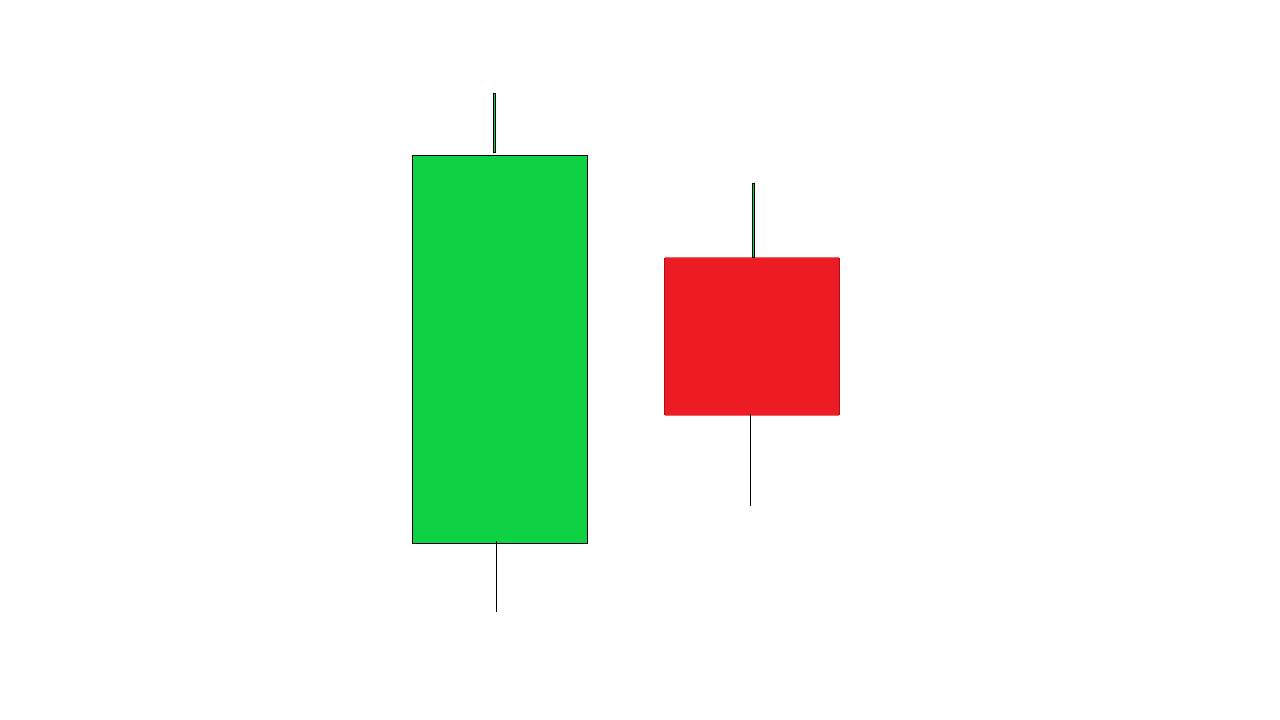 Candlestick patterns are widely used among traders and are believed to show an edge in the market. In this article, we’re going to have a closer look at the bearish harami pattern

The bearish harami is a bearish reversal pattern that’s believed to signal a negative trend reversal. A bearish harami consists of two candles, where the first is bullish, and followed by a bearish candle which body is confined within the range of the previous candle. It occurs at the top of an uptrend.

In this article, you’ll learn more about the bearish harami pattern, how to identify it, its meaning, and get to see some example trading strategies.

How to Identify a Bearish Harami 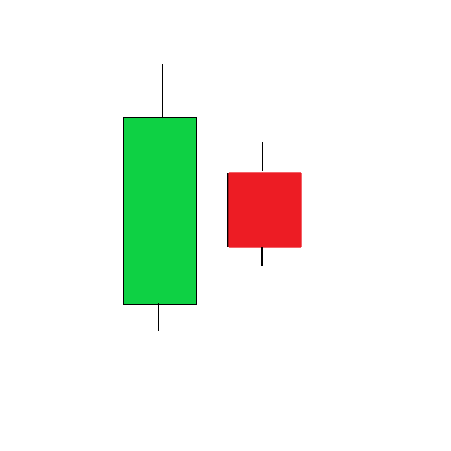 As said, a bearish harami is a trend reversal pattern that occurs at the top of an uptrend.

To identify a bearish harami, here are the things you should look for:

What Does a Bearish Harami Signal?

Let’s see what a bearish harami tells us about the market!

Of course, this interpretation shouldn’t be taken too seriously. It’s extremely hard or impossible to know exactly what a market has been up to. Nonetheless, it’s a really good way to start learning about and analyzing the markets.

When the first bullish candle of the pattern forms, market sentiment is bullish. It’s believed that the market is headed higher, and buying pressure dictates the movements of the market.

While the bullish close of the candle signals the continuation of the bullish trend, buyers are becoming fearful that the recent price increases inevitably will be followed by a reversion of the trend at some point.

Once the next candle opens, sellers start off by pushing the open below the close of the previous bar.

For the rest of the trading session, buyers and sellers are equally strong and don’t manage to move the market any significant distance. The market closes around where it opened, and neither buyers nor sellers managed to win the fight.

Once the market opens the next day, market sentiment has shifted and more buyers have turned bearish upon spotting the bearish harami signal. As a result, the bearish trend has started. 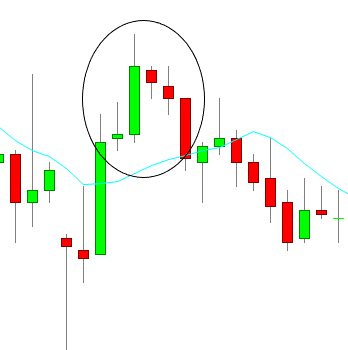 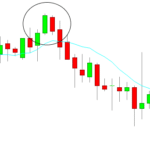 Typically, you shouldn’t trade a pattern without having some sort of confirmation. The win rate will usually suffer, as well as the overall performance. You need to add some sort of filter or additional condition to ensure that you have a real edge. It’s also important to ensure that you take trades on a market and timeframe where the pattern works. No candlestick pattern works on all timeframes and markets, even if some want to make you believe that’s the case.

The best way of learning where the bearish harami works well is by using backtesting.

However, we would like to issue a more general warning about shorting patterns in general. You shouldn’t try to short the equities markets the first thing you do since they have a long term bullish bias which makes long patterns and strategies work much better than short patterns.

Having said this, we want to show you a couple of the filters and conditions that we have had a great experience with in our own strategies.

These seasonal tendencies could apply to months, weeks, or days. For example, the heating oil market tends to be stronger during the winter months, since that’s when there is most consumption.

However, seasonal tendencies on the day-level shouldn’t be overlooked either. We often find that our strategies perform quite badly on certain days of the week, leading us to exclude those days. Sometimes there could be that you find strategies and patterns that only work on one weekday! So be sure to check this out.

2. Watch the Ranges of the Candles

The ranges of the candles to some extent show the conviction with which the market formed the candles. Thus, a big candle relative to surrounding candles is a sign of market strength.

Applied to the bearish harami pattern, you could demand that the ranges of the candles making up the pattern are bigger than the surrounding ranges. That would suggest that more market participants took part in forming the pattern, which increases its significance.

Another way to go about is to look at the two candles individually. For example, you might want to have the first bullish candle to be big and significant, signaling something along the lines of an exhaustion move. In that case, it could be favorable if the following candle is small and insignificant, signaling that the market indeed is hesitant about what to do next.

Continuing on the theme of market strength using candle ranges, we move on to volume.

While the candlestick chart tells you how the market has moved, it doesn’t give a clear indication of the conviction of the market. For that, we’ll have to resort to market volume.

Adding volume to a trading strategy is like adding a second layer. You have access to new information and may make better decisions out of it.

Again, the best way to determine what works is to use backtesting.

In this part of the article, we wanted to give some inspiration by showing how we would start to build a bearish harami strategy. Just note that the strategies presented aren’t meant for live trading, but to serve as inspiration for your own strategy building.

One of our favorite ways of gauging volatility includes using the ADX indicator. We have many trading strategies that use it to improve the accuracy of the entries, and it works very well.

In this strategy example, we want to have high volatility, signaling that the market has moved with great force to the upside and has depleted its bullish sentiment in the process. To define this condition we say that the 10-period ADX needs to be higher than 25, meaning that we have much volatility in the market.

Here are the rules. We go short if:

Then we exit the market 5 bars later.

Bollinger bands consist of a moving average, that’s enveloped by a lower and upper band, both placed 2 standard deviations away from the moving average in either direction.

The Bollinger bands fit in very nicely with the bearish harami. If we demand that the market should be overbought before we take a trade, we just have to say that it has to be above the upper Bollinger band. The bands themselves adapt to the volatility level, which means that we demand more from a highly volatile market than one that’s less volatile.

Here are the rules. Go short if:

Then, we exit as soon as the market crosses below the middle band.

With this strategy example, we wanted to show the possibilities of using volume to improve on the accuracy of the pattern. In fact, we’ll be using a type of volume pattern on top of the bearish harami.

Here are the conditions. Go short if:

Then we’ll use a simple time exit here as well. We get out of the trade after 5 bars.

If you have read about the bearish engulfing pattern you might have realized that it’s actually quite similar to the bearish harami. Both are bearish reversal patterns that form after an uptrend.

As such, the bearish engulfing candle could be said to be a stronger signal than the bearish harami, at least in theory.

In this article, we’ve had a look at the bearish harami pattern, covered its meaning, and also shown you how to improve the performance of the pattern.

Before we end, we once more want to stress the importance of always backtesting the things you trade. In our article on how to build a trading strategy and backtesting, we elaborate more on those topics!