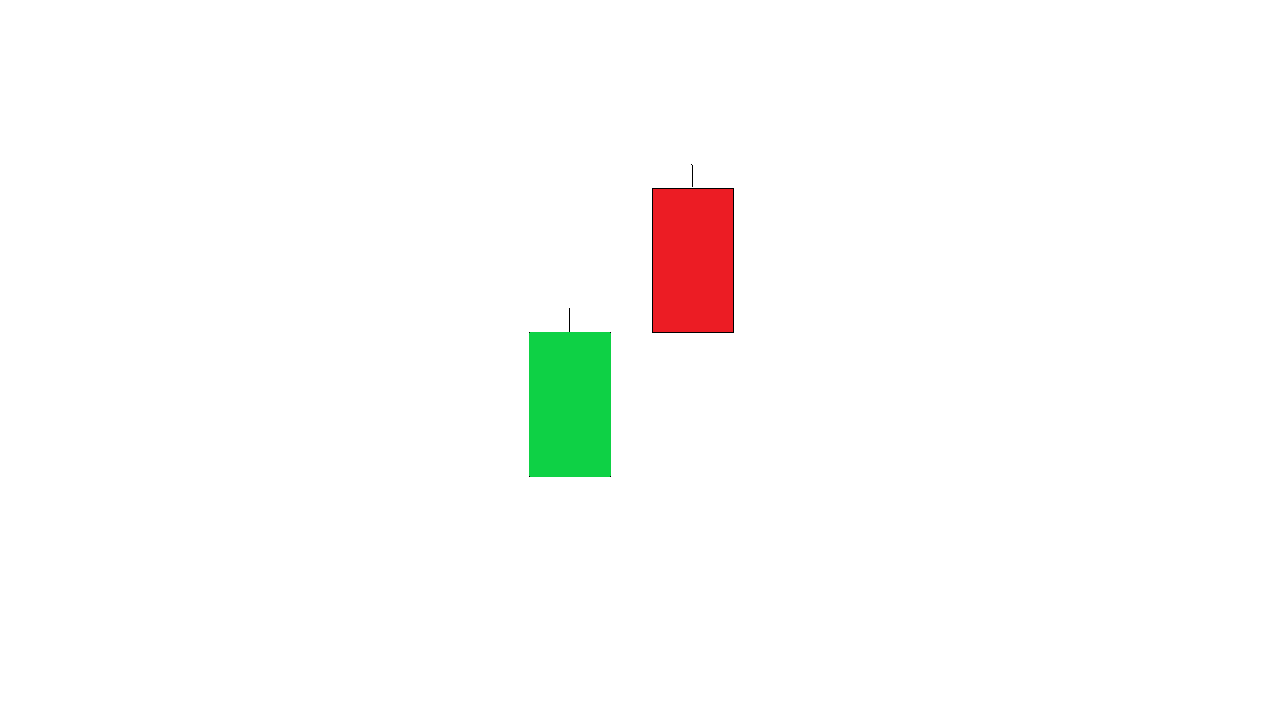 Bearish meeting lines is a bearish reversal pattern that forms in a positive trend, and signals that the current uptrend has come to an end. It consists of two candles, of which the first is a positive candle that’s followed by a positive gap, after which the market still closes near the close of the previous candle.

In this guide to the bearish meeting lines, you will learn everything you need to know about the pattern. This includes its definition, meaning, and some trading strategies that are based on the pattern! 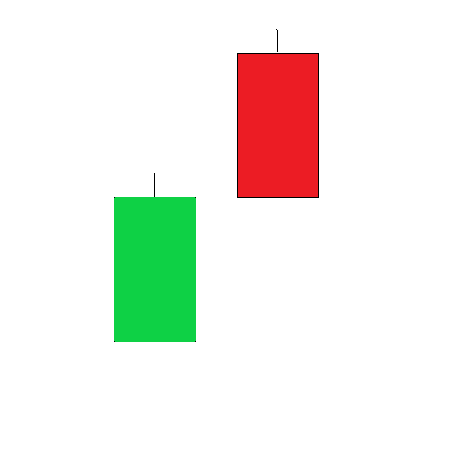 For a candlestick pattern to be called a bearish meeting lines, the following conditions must be met:

The general interpretation of the bearish meeting lines is that it’s a bearish reversal pattern, which signals that a reversal of the trend is imminent!

All candlestick patterns have a unique story to tell about the market and the conditions in which they formed.  And as traders, we want to use these stories to gain a better understanding of the market and where it’s headed next.

Of course, it’s extremely hard or even impossible to know why a market performed a certain move. However, by analyzing and watching market data, we may soon note recurrent patterns that very well could hold an edge, and be turned into trading strategies.

So let’s see what a bearish meeting lines tells us about the current market state!

As the market comes from a bullish trend, most market participants are positive and believe in ascending prices. This causes buying pressure to be stronger than selling pressure, leading to advancing market prices. Now the market forms the first bullish candle of the bearish meeting lines.

The enthusiasm spills over to the next trading day, which causes the market to open with a significant positive gap. However, having gone up for some time already, more market participants are now turning bearish, and expect prices to start dropping. After all, the market has been advancing for quite some time, and a pullback would only seem natural!

With this shift in mindset, selling pressure now enters the market, and pushes it down to the close of the previous bar, covering the gap. The fact that the gap now was taken back quickly by sellers, becomes a signal that bears are likely to dominate the market from now on. As this dawns upon more traders, selling pressure increases even more, which gives birth to the new bearish trend.

Here follows an example of the bearish meeting lines pattern: 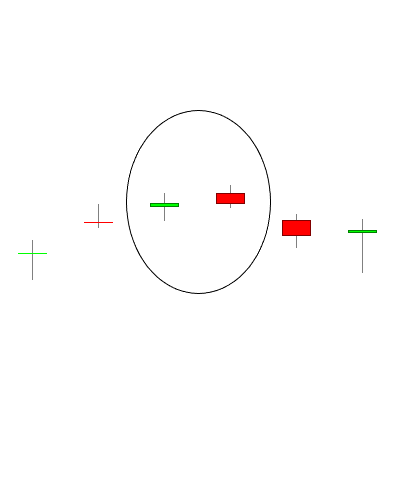 Now that we have covered the meaning and definition of the bearish meeting lines, we wanted to show you what some practical trading strategies could look like.

We really recommend that you have a look at backtesting to determine which markets and timeframe that work best with the bearish meeting lines!

Having said this, we will show you a couple of different trading strategies that are based on the bearish meeting lines. While these shouldn’t be traded right off, they provide great inspiration on how you could go about to build your own trading strategies.

Since the gap of the bearish meeting lines is such a big part of the pattern, we should definitely consider paying closer attention to it. The size of the gap could hold valuable information regarding the state of the market, which could have a significant impact on the performance of the pattern.

Now, if the gap is big, it not only means that bulls managed to push the market higher, but also that bears were strong enough to cover a long distance. And since the bearish meeting lines pattern is a bearish signal, we may decide to take the latter more seriously.

Following the reasoning above, in this strategy example, we’ll require that the gap is bigger than the range of the preceding bar.

So, to go short we require that:

Then we get out of the trade after 5 bars. 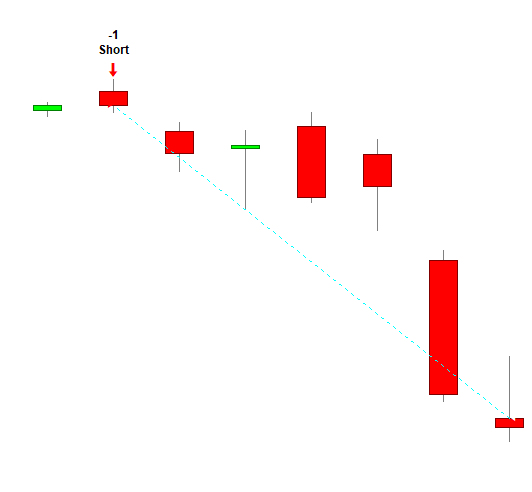 Volume is something that many traders forget about but could improve your results quite a bit.

Generally, a candle is considered of more significance if it’s formed with high volume.

So, to go short, we require that: 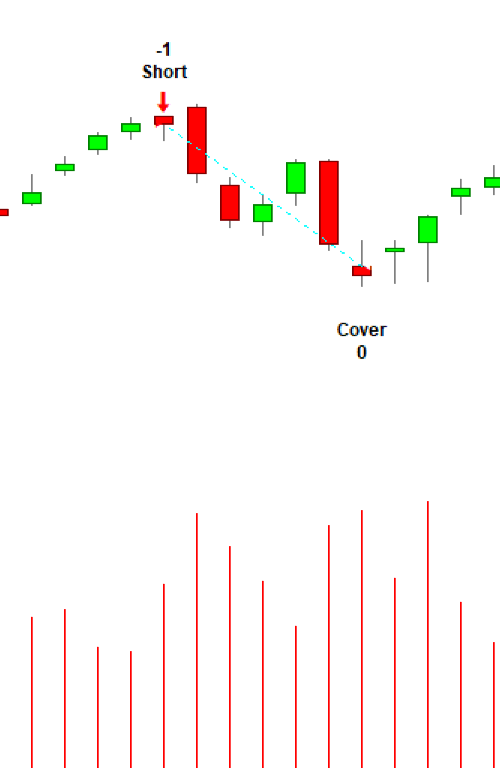 In this article, we’ve had a closer look at the bearish meeting lines candlestick pattern and covered not only its meaning, but also a couple of trading strategies.

Before ending, we just wanted to stress the importance of using backtesting to find out what works and not before going live. Unfortunately, most concepts in technical analysis don’t work at all, which means that those who decide to trade them will end as losing traders.