How to Fade Gaps : What Does Fading the Gap Mean?

In trading, you could go about in many ways in response to a certain pattern or signal forming. Sometimes, two approaches could even be conflicting, in the sense that they are the opposite of each other. For instance, some people will regard a high RSI reading as a reversal signal, while others will consider it to be a sign of a strong market that’s worth going long on.

The same thing applies to gaps as well. While some people will decide to follow the gap, meaning that they trade in its direction, others will take a contrarian approach, and make the opposite move. This is often called fading.

Fading a gap means that you take a contrarian approach and trade in the direction opposite of the gap. In other words, if there is a positive gap, you’ll go short, and the other way around for negative gaps.

The image below depicts the two options a gap trader has when placing a trade.

Why Do Gaps Occur?

As you probably know, a gap is when the market “jumps over” some levels in the price, leaving a gap in the price chart. Gaps are typically divided into bullish and bearish gaps, where the former means that the market gapped upwards, while the latter refers to it opening lower.

When it comes to the reasons why gaps occur, there typical exist two scenarios:

This is perhaps the most common scenario, and occurs in nearly all demand and supply driven markets. During the time that the market is closed it could be that new information emerges, which affects the price that market participants are willing to pay for the security. In that case, the price would open on another level than that of the previous close.

In short, everything that affects the mood of investors and their willingness to buy or sell the market, will have an impact on the opening price, in turn leading to gaps.

In many markets, like the stock market, there are recurring patterns that can make the market more likely to perform a gap. For instance, a not insignificant number of market players don’t want to be invested in the market over weekends, in fear that something unexpected will happen. Thus, they will be inclined to close their positions right before the Friday close, and reenter on the following Monday. As you might expect, this often causes the stock market to gap over weekends.

Intra-day gaps, alluding to gaps forming in low timeframes like 5,10, or 30 minute, are unlikely to occur in markets with high liquidity. At least that’s the case when we’re talking about gaps bigger than one tick.

The reason is that intra-day gaps form as a result of that there being no one to take the other side of the trade. In such cases, you would have to accept a worse price, to get your order filled. And if that worse price is significantly lower than the last traded price, and it happens just as one bar finishes and the next begins, the market will see a gap.

For example, if you trade a market with very little liquidity and place an order to buy at $10, you may have your order executed at $10,5 instead. If this happens as the first transaction when a new bar opens, a gap is going to be formed.

All in all, this means that intra-day gaps seldom occur in very liquid markets, like the S&P500. However, in other markets that aren’t traded that much, they usually are more common. For instance, have a look at the intra-day chart of the rough rice futures market below. 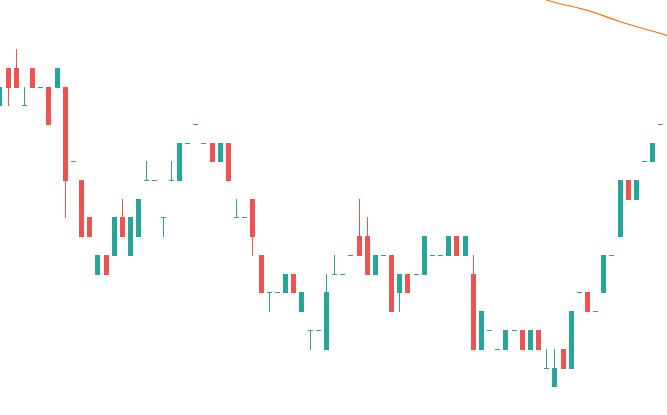 How to Fade the Gap

Now, this assumption might not hold true at all times, but will vary between markets you’re trading. Some markets, or even individual stocks, will be inclined to fill the gap, whereas others usually take-off in the direction of the gap without filling the gap distance.

In an earlier article we looked at the fill-rate of positive and negative gaps, and whether most gaps are filled or not. It’s definitely an interesting read where we present a lot of relevant information.

Now, assuming that you’re trading a market where gaps usually are filled successfully, we’ll outline the steps many traders take to trade gaps, below.

If you don’t yet know which markets and stocks that respond well to fading, we recommend that you learn how to backtest a trading strategy, which is the most efficient way of evaluating a strategy’s historical performance.

Before we go into the methods some traders use, we have to look at some of the factors you must consider before taking a trade. Let’s look at them one by one:

Before starting to trade, you need to decide what type of gaps you’re going to act on. Markets behave very differently to variously sized gaps. When it comes to smaller gaps, it may even be that it was the result of random market noise, and therefore doesn’t bear any implication at all.

The bigger the gap, the more significant it gets. In addition, big gaps tend to attract the attention of many market participants, which means that more people will note the gap zone.

Here is the distinction we usually look at to decide whether a gap is small, medium-sized, big, or very big.

The thresholds above are not set in stone, but could still help to provide some sort of guidance!

This is a quite important, but often overlooked issue.

In many markets, even including those that have quite high liquidity, you will find that slippage can be very high during the first minutes of the trading session.

This has to do with the large amounts of market participants that are entering the market, which causes prices to move around a lot.

If you have access to a real-time stock market data feed, we really recommend that you have a look at the market action during the first minutes of the market’s session. You will gain some quite useful insights from just seeing the price move around violently during those first minutes!

But what does this mean for gap trading?

Well, the main implication is that you may experience a lot of slippage if you try to get in right at the open. And if you’re aiming to get out of the trade right when the market fades the gap, meaning that the average trade might not be that high, you could see a substantial portion of your profits disappear in slippage costs.

This might not be a big issue if you’re trading liquid markets. However, do keep in mind that entering the market right at the open can cause som unexpected costs.

Now you have to decide where to enter a trade. In short, you have three options:

1) Take the trade immediately if there is a gap

2) Take a trade after the market has moved up a bit from the open: This is an approach where you assume that any positive move following the gap doesn’t indicate that the market is taking off to the upside, but that the profit potential is getting higher. The distance the market must move to fill the gap simple has got longer.

3) If the gap is really big, you could look for a breakout below the open of the trading session before taking a trade. This way the breakout becomes a sort of confirmation that the market is going to cover the gap.

Which Method Should You Choose?

We’ve already touched on this several times, but it can’t be overstated.

The method you should go for depends on the market you trade, and must de decided through backtesting. That way you get the definite answer as to what has worked historically, and are going to make much more well-informed decisions.

Our guide to backtesting, and article on how to build a trading strategy, both are great resources we recommend that you take a closer look at! 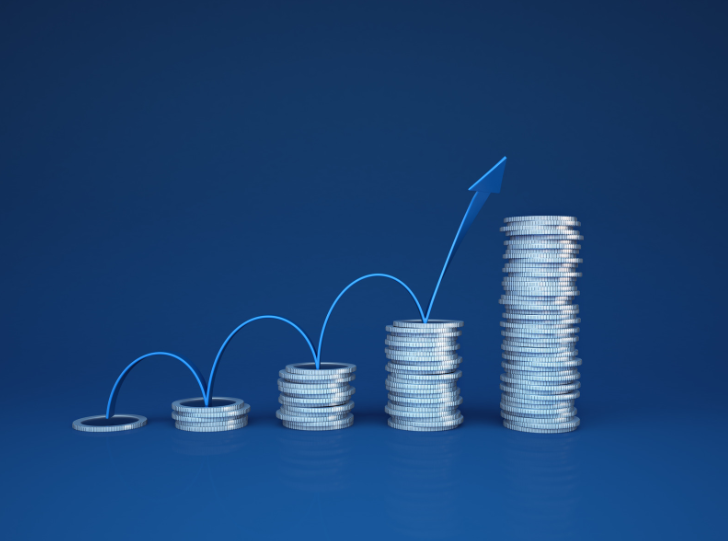 Fading per se isn’t profitable. What we have covered so far shows one possible way of trading gaps, but in order to become profitable, you always must adapt your approach to the market you’re trading. This involves using backtesting to validate the setups and strategies you intend to use for live trading.

Another thing you must remember, is that most gap strategies don’t make use of gaps only. Instead, they include various filters and conditions to remove a lot of bad trades, and to ensure that the remaining trades are profitable in large.

Some examples of filters that tend to be effective are:

Fading simply means that you place a trade in the opposite direction of the gap, hoping that the market will cover the gap. While being a popular approach, there are many traders who instead choose to follow the gap, which means that they trade in the direction of the gap. Which approach works best for you depends on the market you trade, and is best discovered through backtesting.