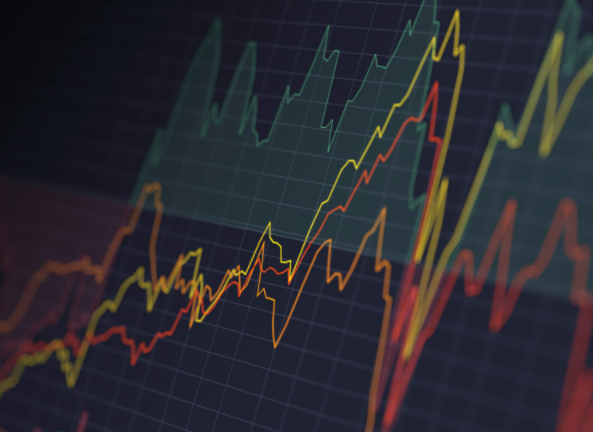 Why Is Insider Trading Unethical — Is It Illegal?

People often talk about insider trading and how it gives an unfair advantage to a few individuals who have access to confidential information about a company. But it seems to occur quite often these days, leaving one to wonder whether insider trading is really illegal and why it is unethical.

Yes, some forms of insider trading are illegal and are widely believed to be unethical. There are many reasons why those form of inside trading are unethical, but the main one is that it creates a rigged market and undermines confidence in the financial system.

What is insider trading?

The term “insider trading” could mean different things — from legal trading practices to illegal and unethical trading activities. It is basically used to explain situations where persons with possible access to non-public information about the company trade the company’s stock, stock options, or debt securities. Insider trading can take place lawfully — for example, when a company’s CEO, directors, employees, or large shareholders buy or sell stock in their own companies without taking advantage of the non-public information while acting within the boundaries of the company’s policies and the rules governing this type of trading, including notifying the regulators.

However, the common use of the term “insider trading” describes a practice in which someone with non-public material information about a company trades the stocks of that company to gain an unfair advantage in the market, which violates the ethics of fair play. To put it differently, insider trading is buying, selling, or dealing in securities, bonds, and stocks of a company using confidential information that is not yet available to the public.

Who is an insider?

An insider is a person who has access to valuable non-public information about a company or own stock equaling more than 10% of the company’s equity. Thus, a company’s directors and high-level executives, such as managers, and other employees, as well as external consultants, like accountants, auditors bankers, lawyers, and brokers who have access to confidential information about the company that can affect the stock price, can be considered an insider.

Insider information is the knowledge of non-public material information about a publicly-traded company that provides an unfair advantage to the trader or investor who uses the information to make a trading decision. For instance, let’s say the secretary of a company, about a week before the company’s earnings call for the quarter, overhears a meeting between the company’s marketing manager and the CEO where they were discussing the company not meeting its sales and earnings expectations for the quarter.

If the secretary share this information with her hairdresser or friends who have shares in that company, advising them to sell their shares and go short on the stock, and they make a trading decision based on that, then, it is insider information because it has not been released to the public.

The two types of insider trading

As we stated earlier, insider trading is of two types:

Legal insider trading happens when an insider, such as a director, an employee, or a major shareholder of a company, buys or sells the shares of the company without breaching the law that governs such transactions. So, under the right circumstances, insiders are legally permitted to buy and sell shares of the firm and any subsidiaries that employ them, but the transactions must be properly registered and filed in advance with the Securities and Exchange Commission (SEC). The SEC’s EDGAR database contains details of this type of insider trading.

An example of legal insider trading is when a company’s CEO buys back shares of the company, and interestingly, this action can influence the price movement of the stock. It frequently happens on the NYSE. For instance, whenever Warren Buffett purchases or sells shares in the companies under the Berkshire Hathaway portfolio, the stock price responds accordingly.

Another common example is when other employees purchase stock in the company in which they work. To ensure the legality of the employees buying and selling, as of December 2005, employers are obliged to announce to their employees when it is safe for them to trade without being accused of insider trading. The essence is to avoid situations where an insider making a buy specifically to increase investor confidence or the action is interpreted as a manipulation of the market.

For instance, say the CFO of a publicly traded company mistakenly discusses their company’s amazing quarterly earnings while getting a massage. It is considered illegal insider trading if the person uses that information and decides to buy the stock. One of the ways the SEC do detect illegal insider trading is by monitoring the trading volumes of different stocks. Usually, trading volumes increase after material information is issued to the public. When there is no such information but trading volumes rise dramatically, the SEC may see that as a red flag and would investigate to determine precisely who is responsible for the unusual trading and whether or not it was illegal.

While some may argue that insider trading helps to improve market efficiency by pricing in non-public material information, people who engage in insider trading are often thought to be completely devoid of ethical values. There are many reasons why illegal insider trading is intrinsically unethical, and here are some of the reasons:

1. Investors without insider information don’t get the right value for their securities

Insider trading robs the investors who don’t have access to non-public information the opportunity to receive the full value for their securities. When retail traders don’t have access to such nonpublic information, they won’t be able to integrate it into their trading decisions and may overpay for a security when buying or get underpaid when selling. Assuming the information was widely known before insider trading occurred, the markets would have integrated it into the security’s pricing.

For example, assuming an electric car manufacturing company finds a better way to make longer-lasting batteries and will make that information public in a week. An insider may choose to exploit this information and buy the company’s stock before the information is made known to the public. Of course, the insider could significantly benefit from a rise in the price after the news is made public, but the investor who sold their investments in the company during that period before the information is made public would have waited to benefit from the price rise had they known about the good news.

2. There will be a loss of confidence in the market

Insiders with non-public information would know the exact time to buy and sell, so they can avoid losses and benefit from gains, effectively eliminating the inherent risk other investors who don’t have access to the information take. If only a select few people trade on material nonpublic information, the public will perceive markets as unfair — a situation that could undermine the confidence people have in the financial system.

So, there is a risk that retail investors will not want to participate in rigged markets if they think that the system is rigged against them. If the public gives up on markets, corporations would have more difficulty raising funds. Eventually, there might not be other outsiders to invest, and insider trading would have eliminated itself.

The laws that make insider trading illegal in the US

As we stated earlier, in the US, a company’s directors and employees can legally buy or sell shares in the company as long as they disclose their buying or selling activity to the Securities and Exchange Commission (SEC) in advance and that information subsequently becomes public.

However, certain forms of trading activities by an insider have become illegal through court interpretations of laws, such as the Securities Exchange Act of 1934, which considers such activities to undermine the fiduciary relationship that lies at the heart of American business. There is also the STOCK Act, which President Barack Obama signed into law in 2012. This act was passed to prohibit members of Congress and their staff from using private information derived from their official positions to benefit from the market.

What Is DOM Trading?

What Is Gamma Risk? Definition and Example

What Is Block Trading?