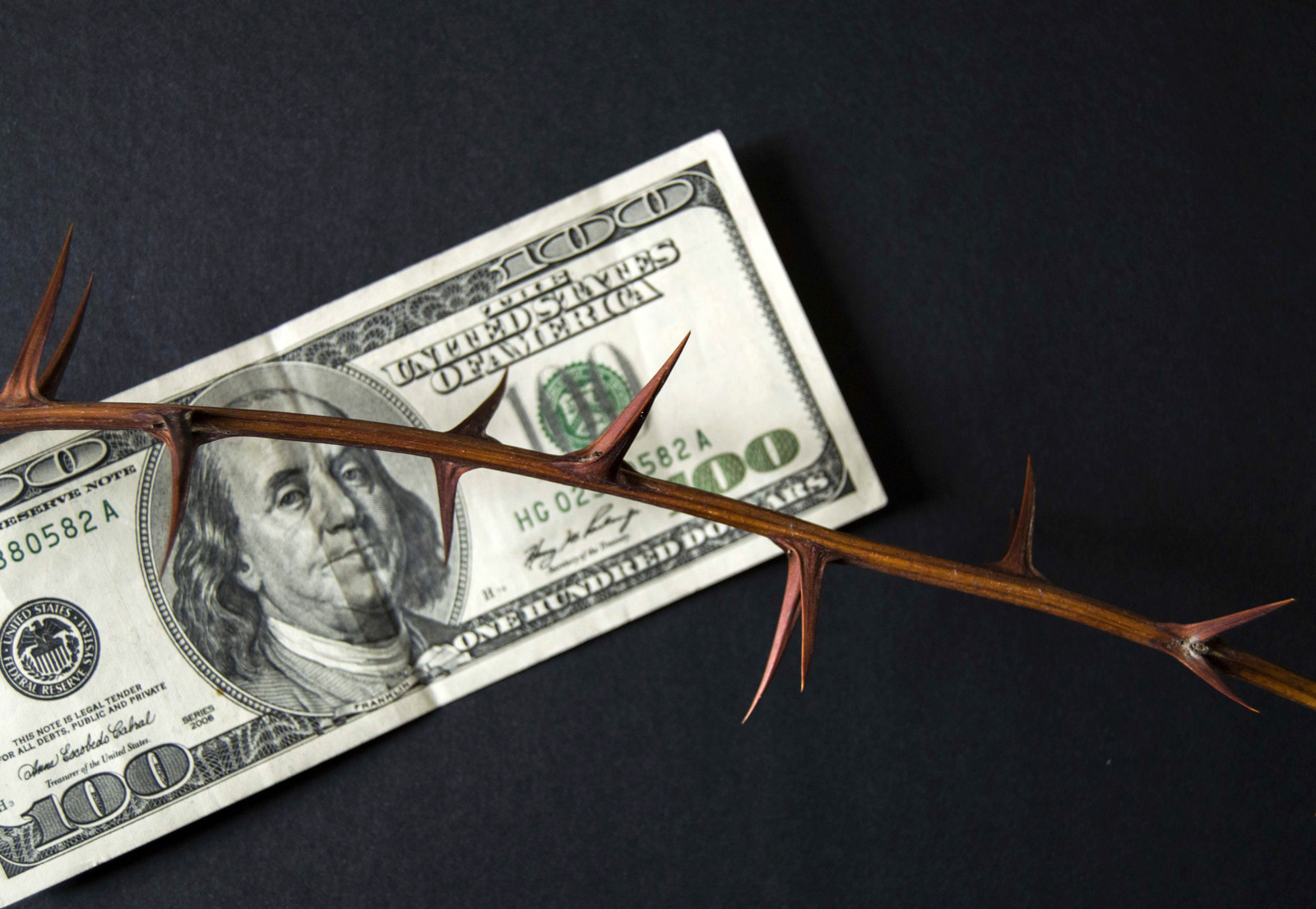 Trading is a topic that’s often shrouded in mystery. Not surprisingly, the profession attracts a lot of interest from people who wish to make a fortune in no time. But how do traders actually make money?

Traders make money by employing trading strategies that indicate when a market is likely to advance or decline, and then place orders accordingly to catch that move. To be able to not only profit from positive swings, but also falling markets, many traders make use of a combination of short orders and buy orders.

Does this sound confusing?

In this article, we are going to touch on the most common questions people have about traders and the methods they use to make money in the markets.

Let’s start off with the most important aspect, namely the trading strategy! 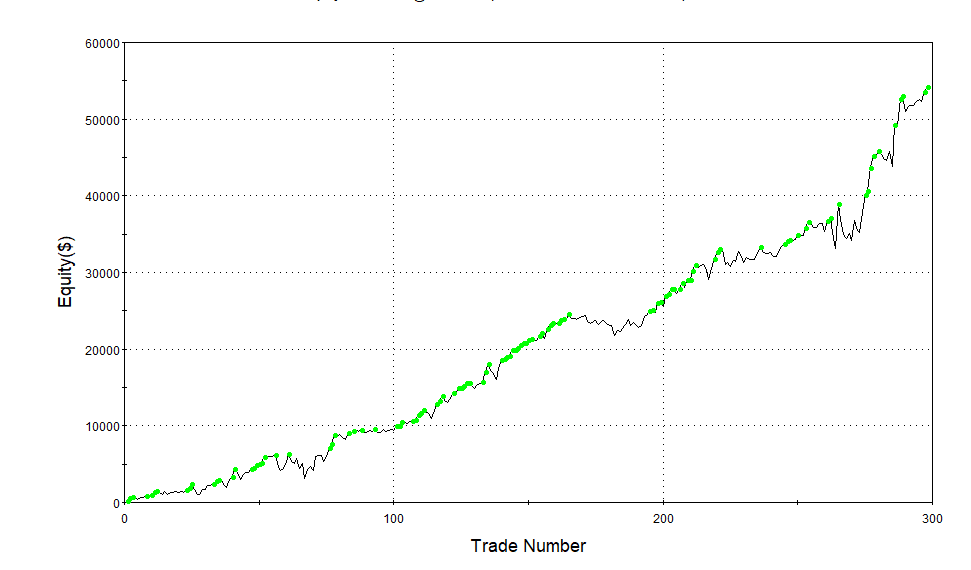 If you were to ask us about the one thing you need to get right to make money in trading, we wouldn’t hesitate to pick the trading strategy.

For a trader to know when to enter and exit a trade, he or she needs a set of rules that have shown to have an edge. By this, we mean that the rules actually have proven themselves in the past, and worked well.

At first glance, it might seem strange that anybody would trade strategies that have yielded nothing but losses in the past. However, many new traders assume that they may make out what works and not with some common sense and intuition.

This, on its own, is the one biggest reason why as many as 95% of all traders lose money!

Don’t fall for this fallacy. You need a rigorous method to ascertain what works and not, since most market moves cannot be understood in a rational sense. Let’s leave this for now, and look closer at what a trading strategy really is made up of!

The components of a trading strategy

A proper trading strategy should have three components in place:

What are the rules made up of?

The rules of a strategy that make up the entry and exit both consist of some sort of technical analysis. This means that the rules attempt to define various conditions based on what the price is doing at the moment.

One example of an entry condition could be that we have had 5 higher closes in a row, or that the market has closed above a certain level we deem important.

With all this said, let’s take a closer look at some common types of trading strategies. This will hopefully give you a sense of what kinds of patterns we’re looking for!

Mean reversion is a trading style that attempts to catch the bigger swings in the market once it has overextended itself to the downside or upside, and is likely turn around soon.  In some markets like stocks and equities mean reversion is really pronounced behavior that works really well.

One example of oversold conditions could be that the market closes at its 7-day low. In fact, there even is a trading strategy that uses this very condition in combination with some other filters to enter the market. (Double seven)

In the image below you see an example of oversold prices that were followed by a reversion to the mean.

Trend following does work still to this date. However,  most of the times we need to rely on somewhat more advanced strategies than those that worked well in the past, to stand a chance in today’s markets.

In the image below you see an example of one of the most famous and common trend following strategies, where we buy on a new 20-day high, in hopes of it developing into a positive trend over time. 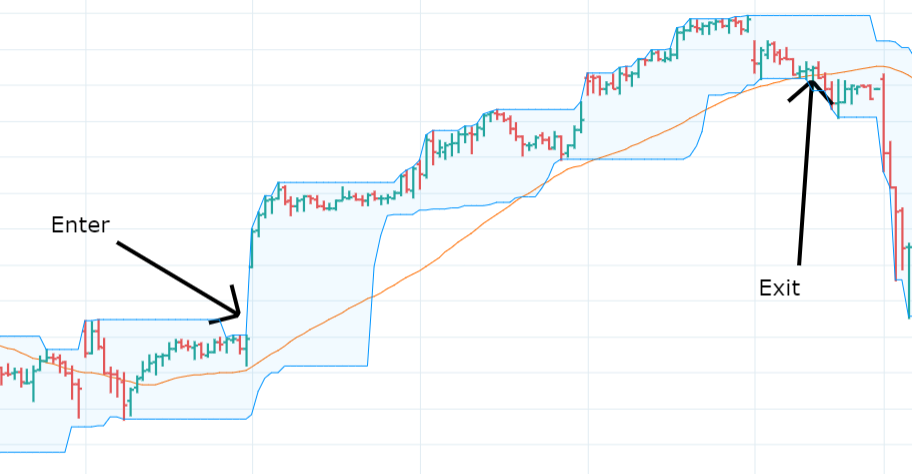 As you might realize from its name, a breakout is when the market goes above a certain level, which is defined as the breakout level. Some of the most commonly used breakout levels are highs of previous bars, as well as moving averages of different kinds.

Breakout trading is in fact quite similar to trend following, but most of the time the trades aren’t kept for as long, since we’re mostly concerned with the initial phase of the move, rather than the longer trend that might come afterward.

Breakout trading is often used in trading forms like day trading, where the quick intraday action provides quite some opportunities if you have the right strategy in place. In fact, the chart above is a daytrading strategy we trade at the moment.

Our complete guide to breakout trading is a great resource in case you’d like to learn more about breakout strategies!

Scalping is a trading style where you try to profit from very small price changes, in the belief that a stock will finish any move it has initiated.

The fact that winners are so small, means that you need an extremely strict exit mechanism to get you out in time, and avoid bigger losses. In addition, you must make sure to keep transactional costs at a minimum, not to eat into your profits.

Scalping is close to impossible to master for any retail trader, and should not be attempted by a beginner. The only reason why we’re bringing this trading form up in this article, is that it’s very popular among beginners.

How do traders make money in a recession or bear market?

If you have wanted to start trading in a raging bull market, you’re far from alone. The time when most people try to their luck in the markets usually is after long winning streaks, when the sentiment has turned very positive. In times like those, making money isn’t harder than just entering a trade and then getting out at a higher price than the purchase price. Everything goes up, and a lot of people who lack a winning strategy will still feel like winners!

However, it’s when the bear market rears its ugly head that the wheat is separated from the chaff, and only those with a proper risk management technique and strategy survive the game with their capital intact.

With this said, you might wonder what traders can do in the event of a bear market.

Given that they are using sound and validated trading strategies, there isn’t that much they need to do differently. The main focus regardless of the market state has to be on following the trading strategy, since that’s where the real edge lies.

Still, there are a couple of things traders can do to increase their chances of coming out as winners in the event of a bear market:

As you see there are quite some ways you could tackle a bear market. No one approach could be said to be superior to another, but ultimately the decision you make is up to yourself and how prepared you are!

If you like to know more about how traders go about to trade in bear markets, our article on how to swing trade in a bear market is a recommended read!

Is it worth being a trader: Can you make a living trading?

Now that you know a little more about how traders make money, you may ask if it’s all even worth it. Trading indeed requires a lot of patience and effort to work out well over the long term, and knowing whether it will pay enough is a question you definitely should ask!

To provide a short answer, we would say that you can make a living from trading, provided that you have enough capital.

However, what you cannot expect is an even income stream month to month. Even if we trade a lot of trading strategies that have all been vetted through extensive testing and robustness testing procedures, profits tend to come in big chunks, rather than spread out evenly. For instance, you may be breakeven for 3-4 months, and then see most of your profits for that year being made during just the coming one to two months. That’s completely normal, although many don’t want to admit it!

So what types of returns could you expect?

Well, the answer isn’t as simple as you might think. We, therefore, refer to the articles below that deal with this topic in greater detail, for those who want to know more:

Can trading make you rich?

This question is one we can answer right away.

Yes! Trading can make you rich if you just let it take time. It isn’t realistic to expect to double or triple your account each year.

Instead, you should see trading as a marathon, where you need to do well over time. As such, getting annual returns of 30%-40% will lead to huge returns with the help of compounding. After 10 years with an average annual return of 40%, $100 will turn into $2890! As is the case in investing, the power of compounding should never be underestimated!

How you can become a trader 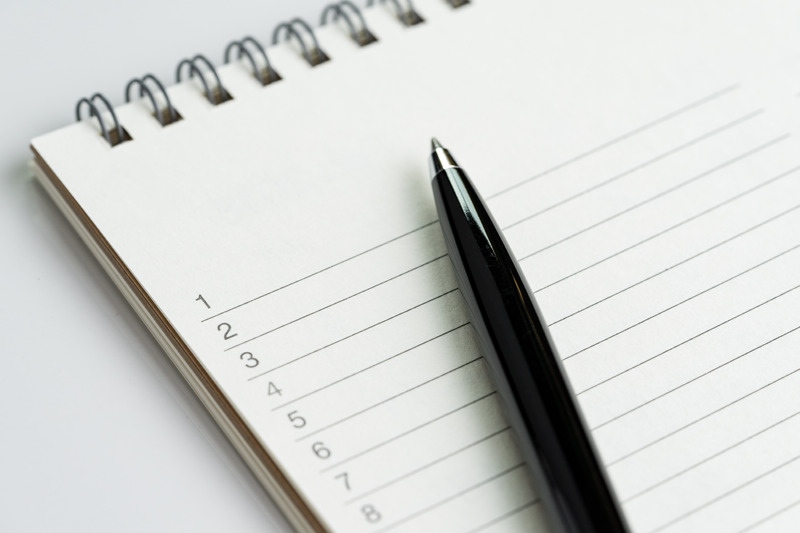 How You Can Become a Trader

Having read through this article, some of you may feel like becoming a trader is something you’d like to focus on. If that’s you, here are the steps you should take:

Decide the trading form that suits you best

Most of the time we divide the trading forms that are available into:

For a beginner, swing trading is the absolutely best choice, by far! It doesn’t take too much time, and having a full-time job poses no hindrance at all. In fact, with the right method, it won’t take you more than 15 minutes each day.

Algorithmic trading is a trading form where you let the computer trade your strategies for you. As such, it leaves you with a lot of flexibility and lets you diversify across tens or even hundreds of trading strategies. Algo trading is what we’re most passionate about here at The Robust Trader.

Take a Course: You won’t regret it!

Some people like to learn trading on their own, but we insist that taking a course is the absolutely cheapest way to learn trading. You’ll avoid many of the mistakes you would have made exploring trading on your own, not even mentioning the emotional hardships you get to avoid!

Here at The Robust Trader, we offer trading courses that will take you from an absolute beginner to a successful trader.

Traders make money by using trading strategies that aim to identify favorable market conditions. As you’ve seen, these trading strategies could be based on a number of different concepts, such as mean reversion and trend following, only to name a few.