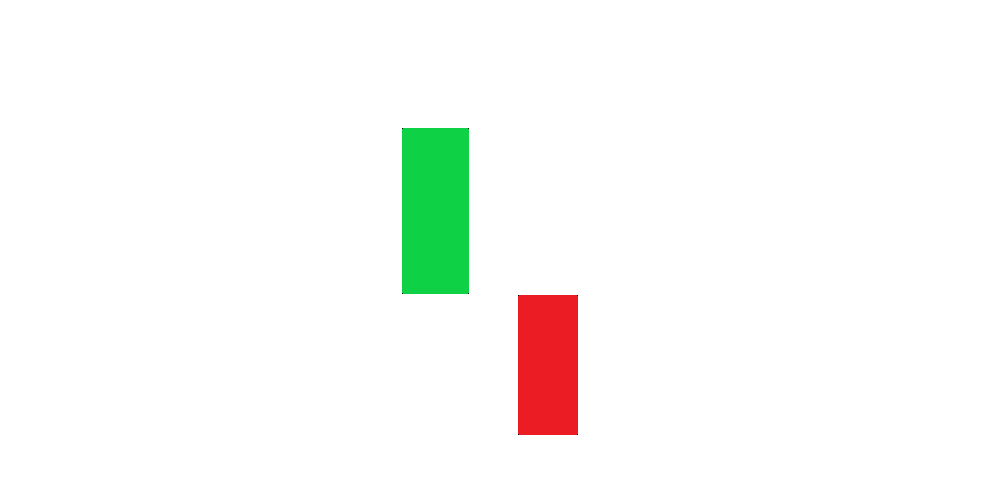 Candlesticks and candlestick patterns have become valuable tools for many new traders. In this guide, we’ll have a look at the bearish separating lines pattern.

Bearish separating lines is a bearish continuation pattern, meaning that it forms in a bearish trend and signals that the market is headed further down.

Now, we’ll cover everything you need to know about the pattern, such as its meaning and definition, but also how you should go about when trading it live! 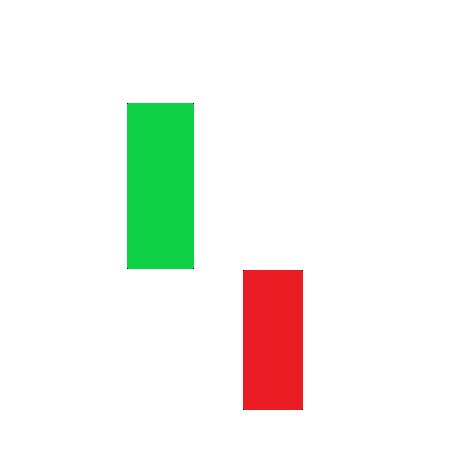 A bearish separating lines consists of two candles. The first one is bullish, while the second one gaps down and ends as a bearish candle.

The traditional interpretation is that a bearish separating lines forms in a bearish trend, and signals that it will continue down for the coming period.

All candlestick patterns have their distinct meaning, and the bearish separating lines is no different.

Now, we’ll try to understand what the market was up to as it formed the pattern. And while it might be hard or impossible to be right every time, it’s certainly a good exercise that will be of great help to us when we try to develop our sense of the market! And if you’re attentive, you may even find some recurring patterns that could lay the groundwork for a coming trading strategy.

Here is what the bearish separating lines tells us about the state of the market.

Coming from a bearish trend, the prevailing market sentiment is bearish. Most market participants expect that prices are going to continue down.

Despite this, the market seems to perform a small pullback, which actually is nothing strange at all. No market will go straight up without pauses. As such, the overall market mood is still bearish, but with some tones of bullishness.

Now, the first candle of the bearish separating lines becomes part of the pullback, which is then abruptly ended with the bearish gap and subsequent bearish candle. The fact the bears returned with enough strength to gap below the previous candle isn’t taken lightly by most market participants, who respond by issuing sell orders. This, in turn, empowers the downturn and the bearish trend may continue.

Here is a real example of the pattern: 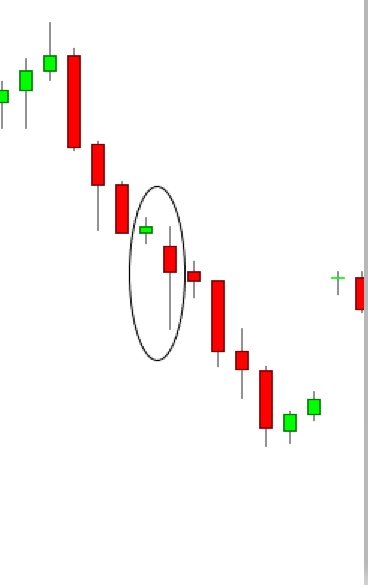 How to Trade the Bearish Separating Lines

While some beginning traders rush straight to the markets once they’ve learned a new pattern, it’s by no means a wise thing to do. As most experienced traders will tell you, candlestick patterns seldom work without additional confirmation, in the form of other filters or conditions based on technical analysis.

In addition, you’ll have to ensure that you apply the bearish separating lines to a market where it works. Many beginners believe that candlestick patterns are universal, but that’s not the case. Some will work quite well in some markets, while others will fail miserably. To know which patterns that work well with your market, we recommend that you resort to backtesting.

With all the above said, we’ll show you two filter types that have worked very well for us over the years.

Volatility plays a big role in anything that moves, which includes all markets. We often find that some patterns or strategies may only work well with high or low volatility, and have used volatility quite a lot in our own trading strategies.

Of course, there are many ways you could define low and high volatility, but here follow two of our favorite ways:

The momentum of a market will often have a significant impact on the performance of many patterns and strategies.

With the bearish separating lines, there are many possible ways to require that there is a lot of momentum. One common way to do this is with the RSI indicator.

RSI is a trading indicator that’s perhaps more known to be used in mean reversion. However, our tests suggest that it also works well as a momentum indicator.

You may define high bearish momentum as RSI crossing Below 30. In our guide to RSI you may read more about how the indicator can be applied to your trading!

In most markets you will find that there some types of bullish or bearish tendencies that can be found by analyzing the time-element,

By this, we allude to the fact that some markets consistently are more bullish or bearish on a recurring basis. For example, in some markets, Wednesdays may consistently be more bearish, while Fridays may instead be bullish.

When we look at tendencies like these, we tend to focus on three things:

As we know have learned three powerful ways to filter out unprofitable trades, we wanted to bring forward some practical examples of what a trading strategy based on the bearish separating lines might look like.

As always, be sure to carry out your own testing before trading any strategy on your market and timeframe!

By including volume in your trading, you get access to new information pertaining to the conviction of the market. You simply get to know the transaction volume that stood behind a move, which will help a great deal when it comes to determining which candles are the most significant! If a candle was formed with high volume, it’s considered of high importance, and the other way around.

Following this, we’ll require that the second, bearish candle was formed with more volume than the preceding bullish candle.

1. There is a bearish separating lines

We wait for 5 bars to exit the trade. 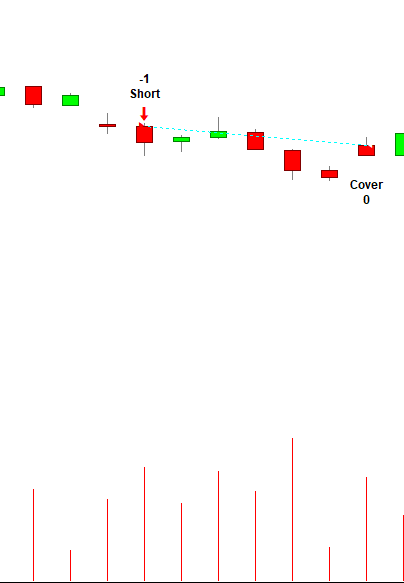 Following this logic it might seem like the best filter would be one that requires that the second candle has a bigger range than the first one. However, due to the fact that the bearish separating lines consists of a big gap, it might be better if the first candle has the biggest range. Then the subsequent gap would demand more of the bearish sentiment, making the pattern more reliable.

In other words, this strategy will use the following conditions to enter a long trade:

Once again we’ll use a simple time exit to get out of the trade after 5 bars. 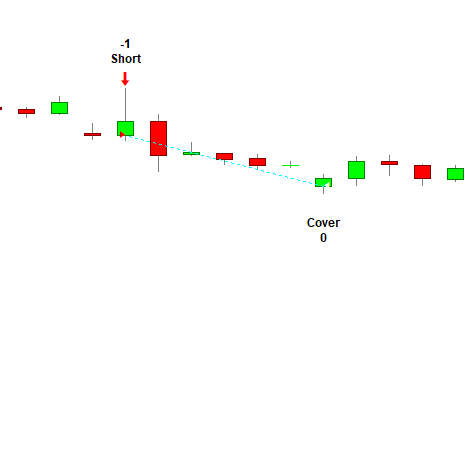 While candlestick patterns like the bearish separating lines may be of great help to many traders, it’s important that you never assume that something works without validating it first through backtesting.