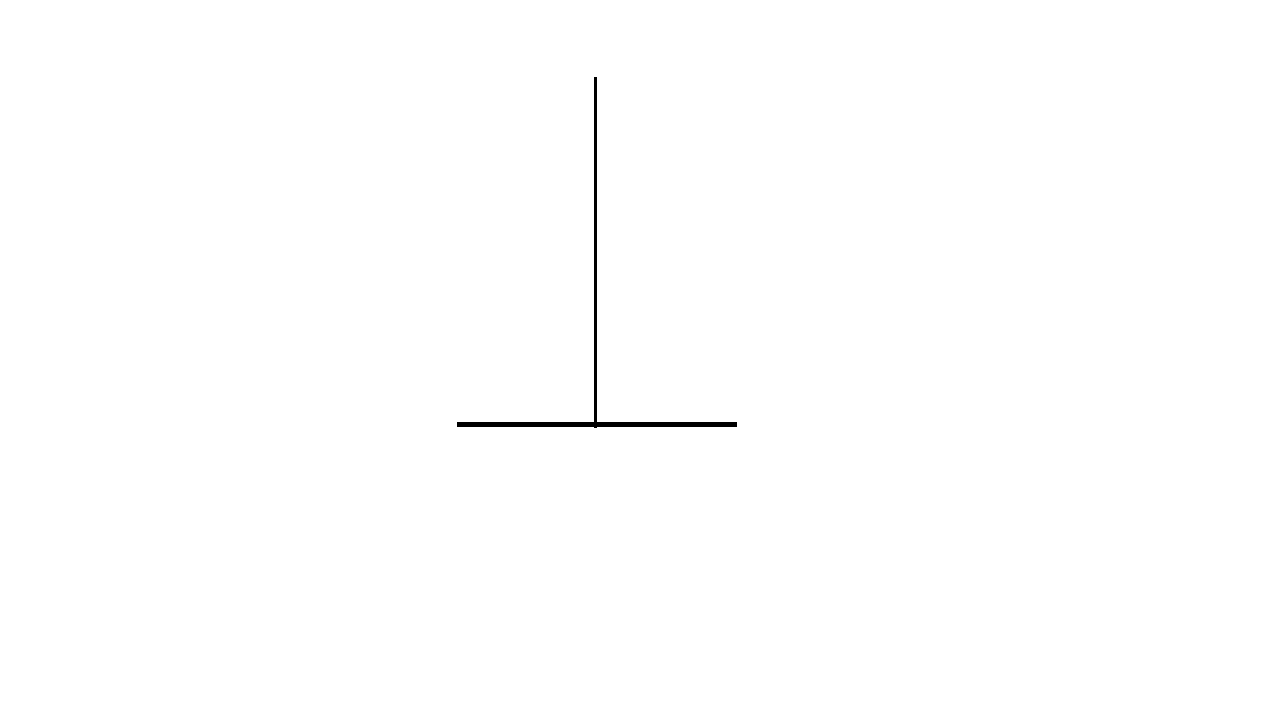 A gravestone doji is a bearish reversal candle, that appears after a bullish trend, signaling a reversal of the trend. As to its appearance, it has a long upper wick, no lower wick, and opens and closes around or at the same price.

In this article, we’re going to have a closer look at the gravestone doji candlestick pattern. We’re going to cover its meaning, how to identify and improve the pattern, and also show you some example trading strategies.

How to Identify a Gravestone Doji 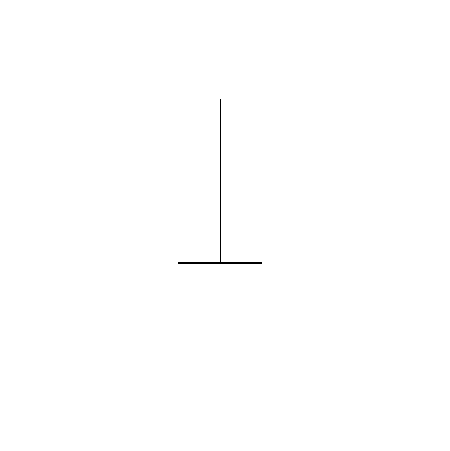 When identifying a gravestone doji, this is what you should look for:

In addition to the above rules, the pattern should form after an uptrend.

What Does a Gravestone Doji Tell Us About the Market?

So let’s tell the story of the gravestone doji candle!

The market is in a bullish state, and continues to climb. Most market participants believe in the uptrend, and that it’s going to continue.

Once the next day opens, this belief seems to hold true. The market begins to climb, and everything indicates a continuation of the bullish trend. However, soon selling pressure starts to build out of fear that the market has gone too high. As the market sentiment changes, bears manage to push the prices down to the open of the bar.

With the sudden shift in market sentiment, buyers become afraid that the market has seen the end of this bullish trend, and sell their positions not to lose their money. The Gravestone doji further contributes to instilling fear in market participants, which further fuels the downturn. 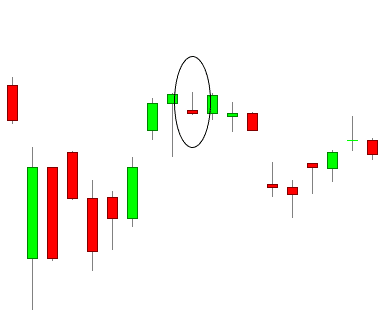 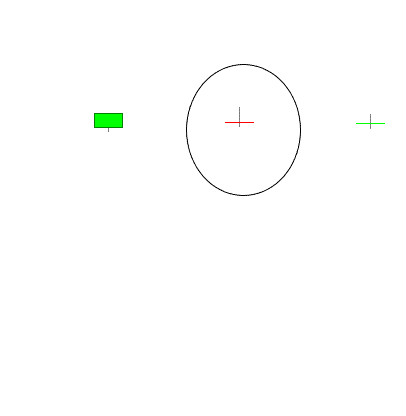 Gravestone Doji Vs other Doji Patterns

The gravestone doji is part of the “doji” family, which consists of a total of 4 doji types. Here we briefly compare all of them. If you’re interested in reading more, then we have linked to our standalone articles on each of the listed dojis. 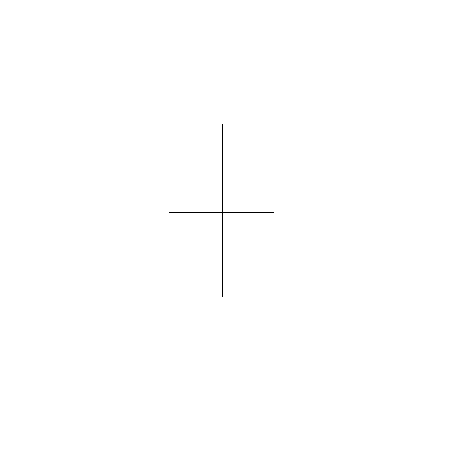 As to the appearance, the neutral doji differs in that it has a lower and upper wick, which is not the case with the gravestone doji.

The traditional meaning also is a little different. While the gravestone doji only is a bearish reversal sign, a neutral doji could be both bearish and bullish, depending on the direction of the preceding trend.

Here is our article on the Neutral Doji 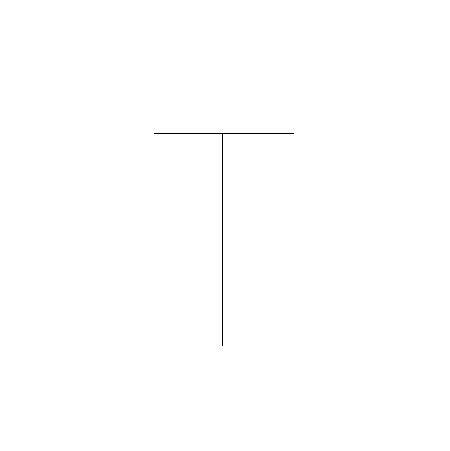 The dragonfly doji is the inverted version of the gravestone doji. That is, instead of having a long upper wick, it has a long lower wick.

As to its meaning, a dragonfly doji is believed to be both a bullish and bearish reversal sign, just like the neutral doji.

Here is our article on the dragonfly doji

Here is our article on the long-legged doji

Most traders would probably tell you that using the gravestone doji on its own isn’t a recipe for profitable trading, and we would agree!

To create something that can make money in the markets, you will have to add some filters, to remove bad signals. Or put differently, you must ensure that you have an edge!

Below we’re going to show you some of the filters that we use for our own trading, and have had good results with.

However, any filter, regardless of how good it is won’t work on all markets. As such, you will have to resort to backtesting to know what works and not! This is covered in- depth in our guide to building a trading strategy.

While price data only shows the movements of a market, the volume gives access to additional information uncovering the conviction of the market. In short, adding volume to your analysis is like adding a new dimension. With volume, you get a sense of the conviction behind moves in the market, like the gravestone doji, and could make a more informed decision.

In our own trading, we use volume to improve quite some strategies, and sometimes we actually use volume as the base for a strategy as well.

However, these are the most common conditions that we impose on our strategies, and that you could try with the gravestone doji pattern

Which ones of the above that work best depends completely on your market and timeframe. However, these are the ones we use a lot ourselves, so you definitely should give them a try!

2. Improving the Gravestone Doji with Range

Another quite powerful technique to improve on the pattern, is to measure range. To some extent, range provides the same information as volume, since they often are correlated. High volume usually translates into big range candles, and vice versa.

Our favorite ways of making use of range in our trading strategies, are as follows.

With the gravestone doji, the traditional interpretation is that the bigger the range, the better. However, we recommend that you try yourself and see what works best! Sometimes the very opposite of what people believe is the superior option!

One very powerful technique we use a lot in our strategies, is seasonality. The character of a market could vary a lot with time, and this is something we want to take advantage of.

For example, there could be certain days of week or month that are extra bullish or bearish. And if we notice that a gravestone doji was formed on a day that’s typically very bullish, we might want to take that signal more seriously since forming a bearish pattern on a bullish day is a sign that sellers are in control.

If you’re looking at intraday data, you could also see during what hours that a pattern works best. We recommend that you split the day into two or three halves, and see how the pattern performs on each. If you spot any significant differences, you may decide to not take a trade during the worst-performing time window.

The internet is littered with trading strategies that are said to be profitable.

In reality, extremely few work at all.

Having said this, let’s begin!

In this strategy example, we’ll demand high volatility by using the ADX indicator. In fact, ADX is one of our favorite indicators and has proven itself many times over in our trading strategies!

Here we’ll demand that the 14-period ADX, which is the default setting, is higher than 20 to enter a trade. ADX values over 20 are generally considered signs of high volatility. 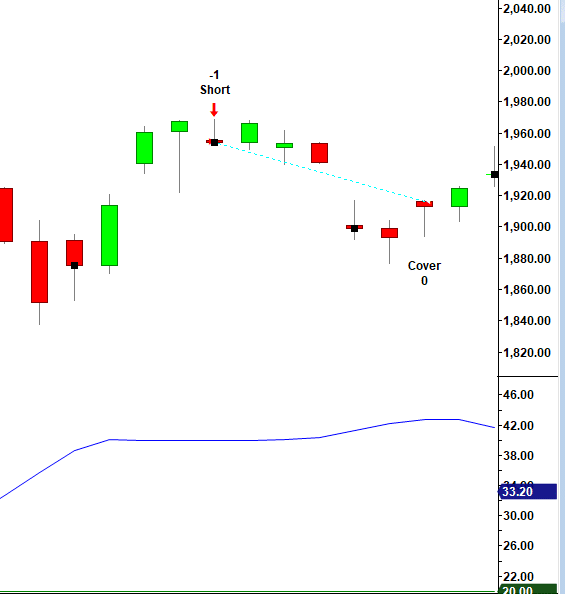 Sine a gravestone doji must form after an uptrend, we might want to use a condition to ensure that the market has gone up sufficiently for us to enter a trade.

In this strategy example, we’re using the RSI indicator to define the overbought level that we’re looking for. We want the 5-period RSI to be above 60 to take a trade.

As such, these are the rules:

We go short if:

Then we’ll wait for the RSI to fall below 40 to exit the trade. 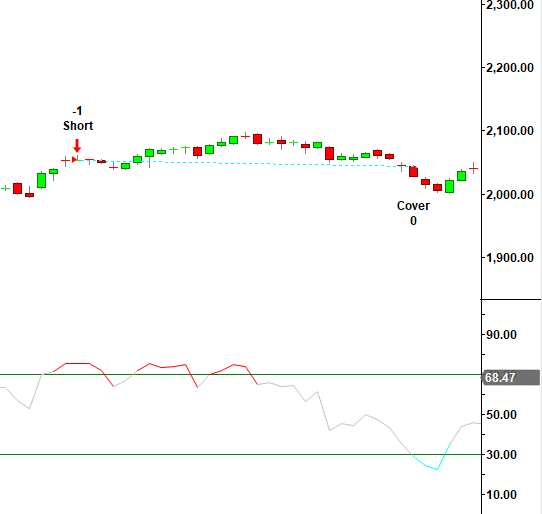 In this article, we’ve covered the gravestone doji candlestick pattern. We’ve looked at its meaning, how to identify the pattern, and provided some tips on how to improve the pattern as well as a few example trading strategies.

Before we end, we want to stress the importance of testing EVERYTHING yourself before trading it live. You will be surprised by how little that actually works, and thankful that you didn’t go live with losing concepts.

We strongly recommend that you read through our complete guide to building a trading strategy or our guide to backtesting to get a better sense of why this is so important!