We have been programming in Tradestation Easylanguge for many years, and what really strikes us still is that it’s so easy to use, and still lets you program advanced concepts if you want to.

For our students, Easylanguage has been what has enabled them to advance into advanced trading forms like algorithmic trading, without spending all their time figuring out the right code. In fact, this is one of the areas where Easylanguage shines, and we will look at why that is later in this article.

The Importance of Knowing a Coding Language

When most traders try to analyze the markets, they do so with conventional technical analysis that is taught in books and online. At first, the introduction of technical indicators and exciting new technical analysis concepts seems amazing. However, once they dig deeper into it, they find that very little works as expected.

This is where knowing a coding language comes in very handy! Instead of believing in and trading losing strategies, you can now perform a historical backtest and see what the performance looked like!

Let’s say that you were going to trade a moving average crossover, because you’d heard it works well in stocks. Well, when doing a backtest on the S&P 500, we get the following equity curve, 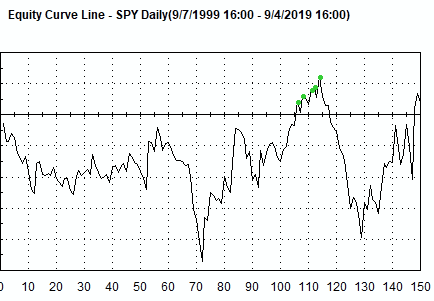 Now, if you hadn’t tested this, you would have lost a lot of money. Unfortunately, this is the reality for a lot of new traders!

And in order to advance from the losing beginning stage of trading, we would argue that knowing a coding language is a must!

So why not choose one that’s easy to code, has powerful features, and a big user base!

Why You Should Learn Easylanguage

Easylanguage is our preferred coding language, since it holds so many advantages over other solutions on the market. We’re certainly not making this up, so let’s look at why we believe Easylanguage is the best choice for traders right now!

1. Coding with Easylanguage is Faster than the Competition

Now, these languages might be somewhat faster than Easylanguage in their execution, but to be honest, that doesn’t matter! If you’re spending a lot of time coding your strategy ideas, you’re not looking for the fastest execution of your code. What matters more to you, is how fast you can discard concepts and ideas that don’t work!

In trading, you will find that most ideas hold no merit at all. That’s why it’s so important to be able to just discard them quickly and move on. This is exactly what Easylanguage lets you do!

When we have an idea we want to test, on any market, we just use Easylanguage to quickly and effortlessly test our idea. Often it takes just one or a few lines of easy code, and we are done. No need to spend valuable time defining the idea!

2. It Is a Powerful Coding Language!

Tradestation’s Easylanguage is really easy to learn. But don’t let its simplicity fool you! With Easylanguage there are very few limitations to what you can code, and we very seldom find it limiting to what we can test.

And if there are some limits, there often exist some nice workarounds if you search for them!

3. Not Locked in With TradeStation

One of the many complaints with platform-specific coding languages, like Easylanguage, is that if you want to switch trading platform, then you simply can’t. All your strategies and work needs to be converted to the new coding language, a task that is both daunting and extremely time-consuming!

Now, you might think that this is true with Easylanguage as well, but that’s not the case!

Apart from being used by TradeStation, Multicharts is another great trading platform that fully supports Easylanguage. So, in a worst-case scenario where TradeStation won’t work for you anymore, you just switch over to Multicharts!

Easylanguage isn’t new. It has existed for over 20 years, and has extensive coverage in terms of third party indicators and software.

What also comes with a programming language that’s as well-rooted as Easylanguage, is a great community. There are users on trading forums that are willing to help if you just reach out to them!

And if you want to share your work with others, there is a big chance that those receiving your code also use Easylanguage! Collaboration is something that could prove immensely beneficial, and since many use Easylanguage, you are much more likely to find somebody to work with!

Easylanguage Indicators and Plot Studies: You Can Do a Lot More Than Trading Strategies

Another benefit of  Easy language is that you aren’t limited to building trading strategies only, but can choose between a variety of different study types. Let’s look at some of the most common study types in Easylanguage, and why you might want to use them

Trading Indicators: Easylanguage gives you the option to build and customize your own trading indicators. For instance, you could easily tweak existing indicators like the RSI or ADX to better suit your needs, in case there are some modifications you would like to make.

Now, Easylanguage already comes with quite a lot of trading indicators by default, so if you’re just starting out, you might not have to use this feature. Still, it’s good to know that it exists!

Showme Studies: In those cases when you want to have some specific levels visible on the chart, such as a breakout level you’re watching, showme studies are incredibly useful. In short, they let you define a level in the chart, which will then be made visible in the color of your choice.

In the image below we have created a Showme study that plots the highest high of the last period. 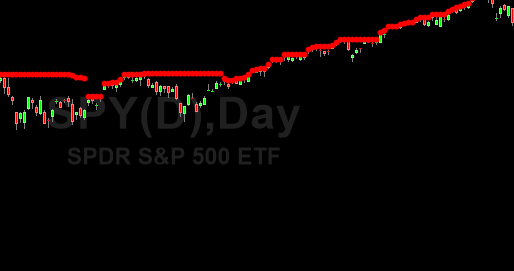 Paint Bar Studies: Paint bar studies might seem like plot studies at first glance, but they are quite different, and used for other purposes.

A paint bar study will highlight a bar or a part of a bar depending on the conditions you set. For example, you could decide to make a bar green if a certain indicator is below a threshold, and make it yellow if it’s above.

In other words, paint bar studies can be of great help for traders who rely on visual charts to get their trading signals. Complex chart trading patterns can be programmed once, and will then be marked conveniently on the chart.

As you see, there are many convenient features inbuilt into TradeStation which will be of great help regardless of whether you’re a systematic or discretionary trader. 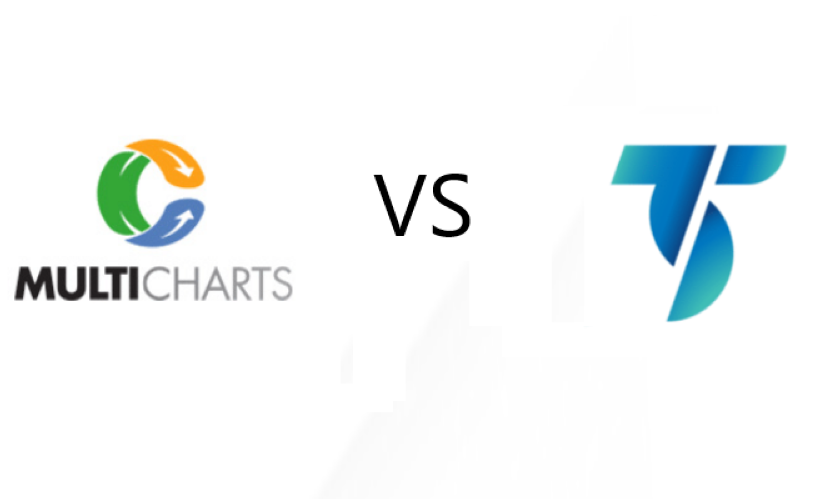 As we mentioned earlier, Easylanguage is not only available to use in TradeStation, but also in Multicharts. Both are great trading platforms, and although they’re very similar when it comes to their features and functionality, there are some differences you should be aware of.

So let’s discuss the differences between the two, and which one you should go for

Multicharts is a very expensive trading software, with the most expensive package costing around $1500. In case you don’t want to buy a lifetime license, you could also go for a monthly subscription, which of course will cost less.

TradeStation, on the other hand, is completely free for those who hold a TradeStation account. Clients who don’t have an account with TradeStation will have to pay a monthly subscription fee, which as of writing this post is around $100 a month.

2. TradeStation is more than a trading platform

Multicharts is just a trading platform, meaning that you have to connect your broker and buy historical data if what’s offered by your broker isn’t enough.

With TradeStation, you get it all in one package. Market data, broker connection, and everything that’s needed to backtest trading strategies or run them live is included for free. Sometimes you may have to add a monthly subscription if you want some data that doesn’t come with the platform right out of the box, but it tends to be reasonably priced.

This is where TradeStation falls behind. Multicharts is faster than TradeStation when it comes to backtesting. While it isn’t a problem at all when you’re just backtesting  one security at a time or scanning through large lists of securities, you’ll especially find it limiting when testing a strategy on a basket of symbols. Multicharts has a clear advantage in operations of that kind, and will most of the time be several times faster.

If you’re after a platform that relies on Easylanguage, we would say that TradeStation is the best choice for most people. It comes as a ready-to-use package, and lets you focus your time on the most important things in trading, which are developing your own Easylanguage trading strategies and methods.

Sometimes we do get requests from people who want to hire an Easylanguage programmer to get some custom code done.

While it can be a good idea to hire programmers for certain tasks, we think coding trading strategies or indicators should be handled by you yourself. As a trader, you want to be in charge of your trading strategies so that you can go back and tweak them later if needed.

For instance, when we build trading strategies or experiment with indicators, it’s a constant process of going back and forth between coding and testing the strategy. If you had to submit your code to an Easylanguage programmer each time you wanted to make a change, your results would suffer greatly. Making a change would take a day, if you’re lucky, whereas doing it yourself might not take more than a couple of minutes!

Also do consider how much money you would have to spend on those code revisions. It doesn’t make sense when you’re dealing with a programming language that’s not unreasonably hard to learn!

You probably see where we’re heading here. Learning Easylanguage is the way to go if you want to become an independent trader and get some work done!

How to learn Easylanguage

When it comes to learning Easylanguage there are two ways you could go about it:

What’s best for you depends on the time you have to spend, and how big your budget is.

If you’re one of those people who have the time to research a lot on your own, you could use the documentation that’s provided by TradeStation to get up and running.

However, this will take more time than if you had taken a structured course, where everything is presented to make the learning experience as easy as possible. In addition, there is a lot of irrelevant information available which you shouldn’t focus on as a beginner if you want to maximize your efficiency.

With these things in mind, we think the fastest and easiest approach is to find a course, like the one offered here at Therobusttrader. That way you will get up and running quickly, which on its own could make up for the cost of the course many times over.

We’re soon releasing a new course on Easylanguage, where we teach you the practical skills you need to start coding your own strategies!

Of course, you could learn this yourself with a lot of time and effort. However, enrolling in an Easylanguage course that teaches you the practical sides of Easylanguage, will be a huge time saver!

The course will cover the basics, and also go into some more advanced concepts.

Learning Easylanguage could be one of the best investments of your trading career! Knowing what works and doesn’t will put you ahead of the rest, as well as ahead of most traders!

Easylanguage is one of the best coding languages available for new as well as beginning traders. Its strength lies in its ease of use and versatility, which is the perfect combination for demanding traders who seek a solution that lets them test new trading ideas at a rapid pace. In fact, these reasons are enough for us to recommend Easy language over Python. 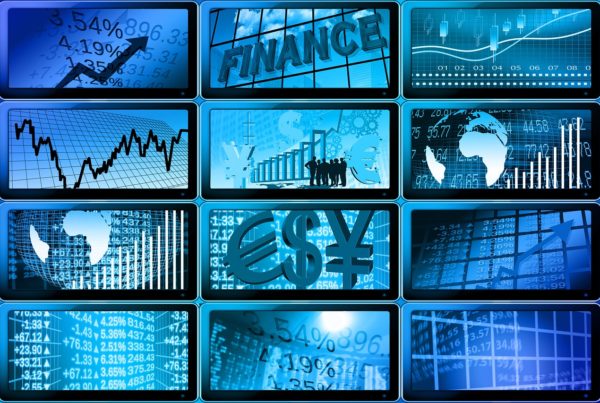 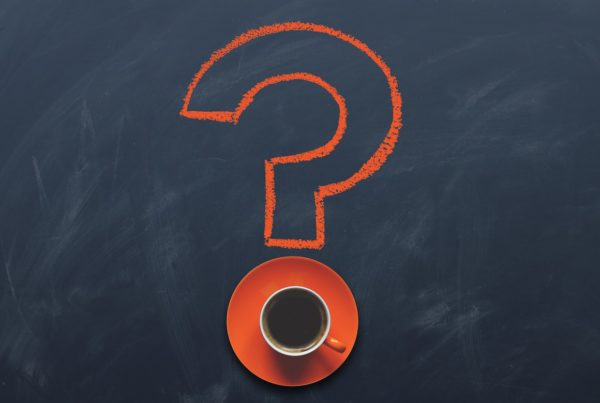