Candlestick patterns are some of the most popular tools to gain an edge in the markets. Especially in late years, they’ve gained a lot of popularity, being easy to read and learn. One common candlestick pattern is the bearish three line strike.

A bearish three line strike is a four candle continuation pattern that forms in a bearish trend. The first three candles are bearish, while the last candle is positive and closes above the highest close of the previous three candles.

In this guide to the bearish three lines strike you’ll learn everything you need to know about the pattern. This includes its definition, meaning, and how to trade the pattern. 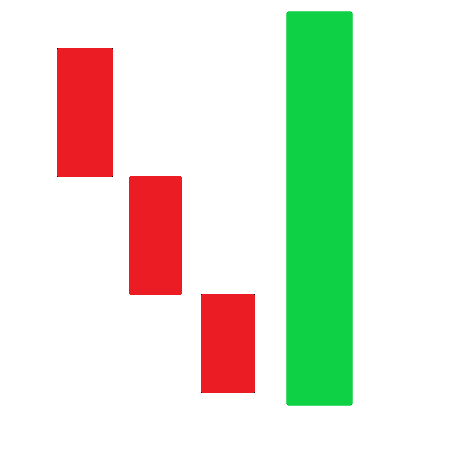 The bearish three lines pattern consists of three bearish candles, and one large bullish candle, all forming in a downtrend. Here is the exact definition:

The traditional interpretation of a bearish three line strike is that it signals a small pullback that will soon be followed by a continuation of the bearish trend.

Here is a real example of the pattern: 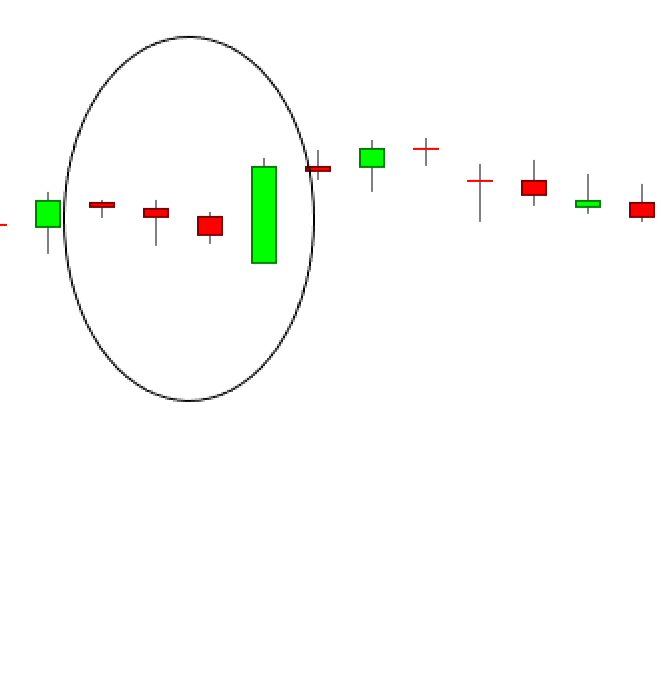 How to Trade the Bearish Three Line Strike

Let’s now take a closer look at how you could go about to trade a bearish three line strike. Apart from what many believe, you cannot just act on single candlestick patterns without additional confirmation. Most patterns simply aren’t accurate enough to be traded on their own.

Instead, you need to find filters and conditions that succeed to rule out a lot of the losing trades you would have taken otherwise.

So, what filters should you use?

Well, it depends a lot on the market and timeframe you’re working with, but let’s have a closer look at some of the filters that we’ve used successfully over the years!

Volatility filters tend to work on most markets and timeframes. In fact, they’re some of the most versatile filters you’ll find, which isn’t that strange, since volatility is inherent in anything that moves.

You’ll have to test yourself whether the bearish three line strike works best with high or low volatility in your particular market. Here follow some of our favorite ways to measure volatility:

One concept that sometimes correlates a lot with volatility, is volume. Volume simply tells us the number of transactions that took place in a market, and gives us a better idea about the significance of a market move. As you might expect, high volume usually is interpreted as that a market move is more important, and the other way around.

As with every type of filter, there are many different approaches you can take. Here follow some of the ones we use the most in our own trading strategies:

Having covered some powerful methods to reduce bad trades, we wanted to provide some practical examples of what a bearish three line strike trading strategy could look like!

Just keep in mind that the strategies below are provided as examples only, and should be backtested before traded with real money! However, they are excellent examples of how we would go about if we were given the task to come up with a new trading strategy based on the pattern.

In this first strategy example, we’ll make use of a gap to filter out losing trades. The idea is that the last bullish candle should open with a negative gap, which will signal that bears at least were in control at the open of the bar.

Then we’ll exit the trade after 5 bars 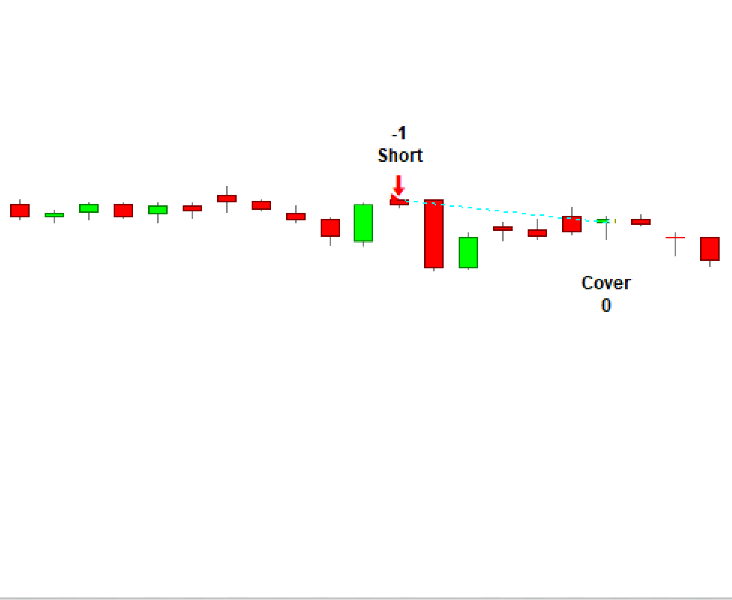 So far we have just taken for granted that the bearish three line strike should form in an uptrend. However, it’s always good to make use of a solid definition, to avoid ambiguity when placing a trade.

Now, when defining the long term trend of a market we usually use so-called market regime filters. These attempt to divide the market into two or more regimes, in which we may decide to place or not place a trade.

In this strategy example, we’ll be using the most common regime filter, which is the 200-period moving average. Generally, the market is considered bullish if it’s above the aforementioned average, and bearish if it’s below.

In other words, the rules to go short become that:

We then exit the trade after 10 bars. 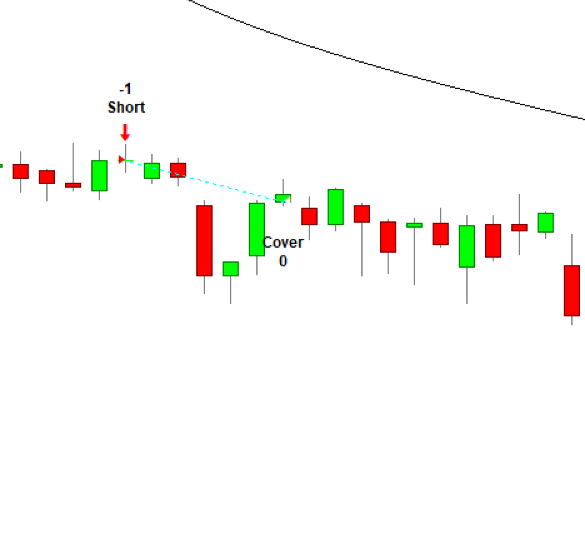 In this guide to the bearish three line strike, you’ve learned not only the definition and meaning of the pattern, but also some practical ways to implement it in your trading. Just keep in mind that you always should backtest everything before you start trading it live. Most technical analysis doesn’t work as you believe, and will only incur losses if traded live.

If you’d like to learn more about profitable trading, we highly recommend that you have a look at our guide to swing trading or algorithmic trading. These guides will cover most of the things you’ll need to start a successful trading career!