In this post, we will discuss a few strategies that are based on common indicators we already use.

The RSI (relative strength index) was created by Welles Wilder and was popularized by Wilder’s book called New Concepts In Technical Trading Systems, which was published in 1978. Since then, the RSI has become one of the most widely used indicators for traders.

Research shows that the RSI is one of the most useful indicators for trading stocks. While it can work on its own, it often works best when combined with some other filters and indicators. The RSI works best on securities that are mean-reverting, such as stocks.

Quantified Strategies, with over 20 years of backtesting experience, confirms that the RSI works reasonably well on stocks and stock indices and that the RSI can be used in mean-reverting trading strategies, especially when you add some more criteria, variables, or filters.

Short timeframes seem to work best for the RSI — for example, a 2-period RSI is often used. A typical buy signal occurs when the reading shows values of 15 or less, while a reading above 85, is considered a sell signal. Using a 2-day RSI and setting a strategy that buys when the indicator falls below 15 and closes the trade when it crosses 85, the equity curve would look like this: 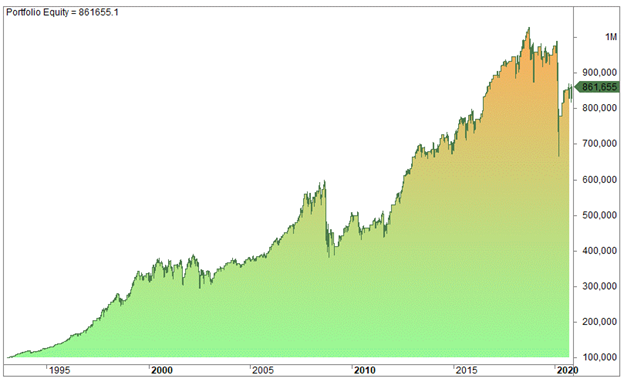 There are also other ways to use the RSI, such as combining two RSI indicators — a long-term RSI to filter trends and a short-term RSI to identify trade setups.

Quantifies Strategies backtested the stochastic indicator using two trading styles: short-term mean reversion (overbought/oversold) and %K and %D crossovers. The test was done on the SPDR S&P 500 ETF (SPY). The test showed that a short-term lookback period of two to five days works best as long as the threshold is pretty low, like for example 25. In the same way, the smoothing period must be equally low.

They tested by using %K (2,2), with an exit when today’s close is higher than yesterday’s high, and this gave the equity curve below: 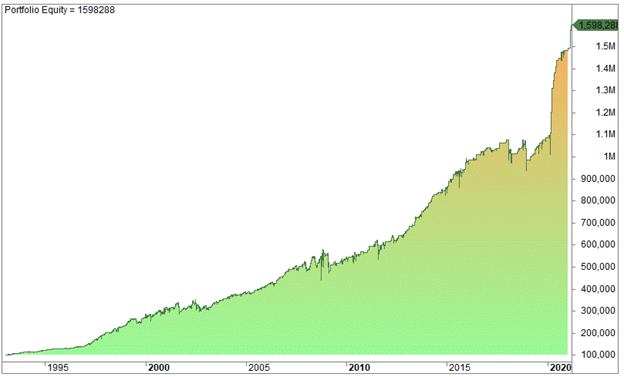 There were 497 trades from 1993 until March 2021, with an average of 0.58% per trade and a profit factor of 2.33. The maximum drawdown was 19.8%, which is not bad. So, with short lookback periods, the stochastic overbought/oversold strategy works well.

They also tested many types of the %K and %D crossovers, but even with optimization, none managed to be even close to the result of the oversold/overbought strategy.

The MACD (moving average convergence divergence) is an oscillating momentum indicator but it also shows the trend and potential reversals. It measures the difference between two EMAs — 12-period EMA and 26-period EMA — and compares it to the 9-period SMA of that difference.

The indicator consists of two lines: the fast and slow lines. The Fast Line is the difference between the 12 and 26 EMAs, while the Slow Line is the moving average of that difference. There may also be a histogram, which shows the difference between the fast and the slow signal line. When the histogram is increasing, it means the speed of the fast line is picking up more than the slow signal line.

There is no best way to use the MACD. Some use the MACD histogram to find overbought and oversold conditions. The requirements for this strategy are as follows:

By using 12, 26, and 9-day lookback periods, Quantified Strategies got the following equity curve on the S&P 500 ETF (compounded): 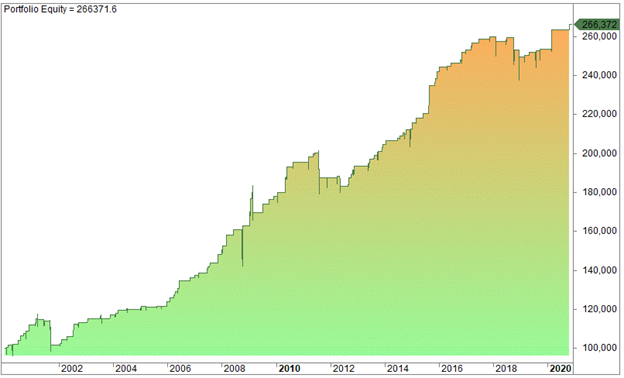 The strategy appears to show some promise and seems to work well on several other ETFs as well.

The strategy, here, is to combine a “slow histogram” with a two-day RSI. The rule is to buy on a low RSI when the MACD histogram reading is also low. Here is the code in Amibroker:

The strategy gives this compounded equity curve for the S&P 500: 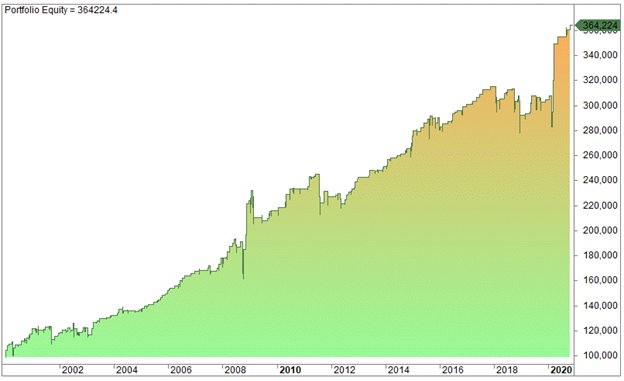 Compared to the MACD histogram strategy, the MACD-histogram/RSI strategy has more trades. It also works better compared to only trading the two-day RSI without any other criteria.

Quantified Strategies tested this simple strategy: “When the share price closes two standard deviations below the 10-day average, go long. Exit when it crosses above the 10-day average.” In Amibroker, the code is like this:

Here’s the compounded equity curve for the S&P 500 ETF: 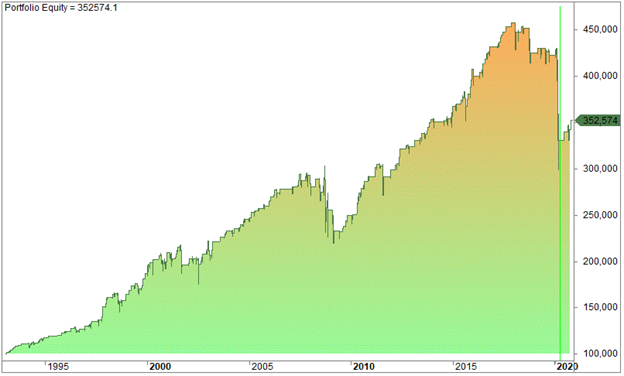 As you can see, the strategy performed reasonably well until 2018. However, it has been losing since that time.