Rumble User Stats: How Many People Use Rumble? (September 2022)

Rumble, a Canadian video-sharing platform (Rumble Inc (NASDAQ: CFVI)) that champions online free speech, has been growing in popularity in recent times. The platform used to be filled with home recordings of people’s families, friends, and pets, but the U.S. election transformed the platform into a place individuals can share their opinions freely. This made Rumble quite popular, especially among Americans, but how many people actually use Rumble?

As of the end of the first quarter, Rumble recorded about 31.9 million users a month. This represents significant growth from 1.6 million monthly users in July. Also, the Rumble platform recorded an average of 4.5 billion minutes watched per month in Q1.

In this article, you will find out how much the user base of Rumble has grown in recent times. The statistics would also include the number of people who are using Rumble. Below are the main points we will cover:

Launched in 2013 by Chris Pavlovski, a technology entrepreneur from Canada, Rumble is an online video-sharing platform that is based in Toronto, Canada. The video platform is dubbed an alternative to YouTube as it allows users to easily host, distribute, and monetize their content. Thanks to its loose restriction, users can freely express themselves and reach their followers without restriction.

Rumble, a Toronto-based video-sharing platform that was developed in 2013. According to CEO Chris Pavlovski, Rumble was built on the belief that small creators should be given equal opportunity to freely express themselves, reach their followers without restriction, and be given the same access to tools that large creators have.

Despite its rapid growth during the American General Election, it is important to note that Rumble is not designed as a political platform but to provide video creators with a way to host, manage, distribute and monetize their content. Little wonder it is regarded as an alternative to YouTube. However, it offers a more lenient approach to clients. For example, it can be recalled that during the elections, many politicians who have had their YouTube videos removed in the past for questioning the results of the election chose to resort to Rumble for their free campaign speeches, thus resulting in the spike in the number of Rumble subscribers.

The Rumble platform is designed with an intuitive interface that is replete with various exciting features, such as Top Videos, News, a Viral section, and more recently, a Live section, where users can broadcast. For users, videos are displayed in chronological order instead of utilizing an algorithm, and content is subject to human review rather than algorithms to filter higher-risk video content. Interestingly, Rumble has close to 2.1 million followers on Facebook.

Rumble Users (how many?)

Presently, Rumble boasts a strong client base that includes popular politicians, commentators, and celebrities. One of Rumble’s most popular conservative commentators is Dan Bongino, who has 1.35 million subscribers on the platform, compared to around 774,000 on his Youtube channel. However, one of the most significant upgrades to the platform came on June 28. when former President Donald Trump joined it and now has over 700,000 subscribers. This happened right after his ban from Twitter and being suspended from Facebook and YouTube, ahead of his rally in Ohio. The former president and his team use the platform for everything, from live streaming his rallies to posting video ads and showing news clips about President Trump.

Another big hit for Rumble came when Senator Rand Paul joined the platform in August after a video he posted calling for an end to mask blocks and warrants went viral and has it suspended from YouTube. Other popular Republicans include Congressman Jim Jordan, who has 274,000 subscribers. Many top news outlets are also on Rumble, including The Daily Caller, One America News Network, and Newsmax.

As expected, Rumble provides its users with a lot of perks. One of the key benefits that Rumble users enjoy is that they can gain up to 60% of the advertising revenue from their videos instead of the 10-15% that YouTube offers. Users can upload videos that are licensed to Rumble’s partners, some of which include Yahoo! and Microsoft news, whereby revenue is then deposited directly into their account. Other options for earning include content creators giving up the rights to their videos in exchange for a lump sum of money.

At the beginning of November, Rumble had 80 million users, and 72% of their referrals came from Parler. According to the founder of Rumble, Chris Pavlovski, Rumble has continued to grow 10% every month and is seeing 30 million monthly users, up from 800,000 in August of the previous year. 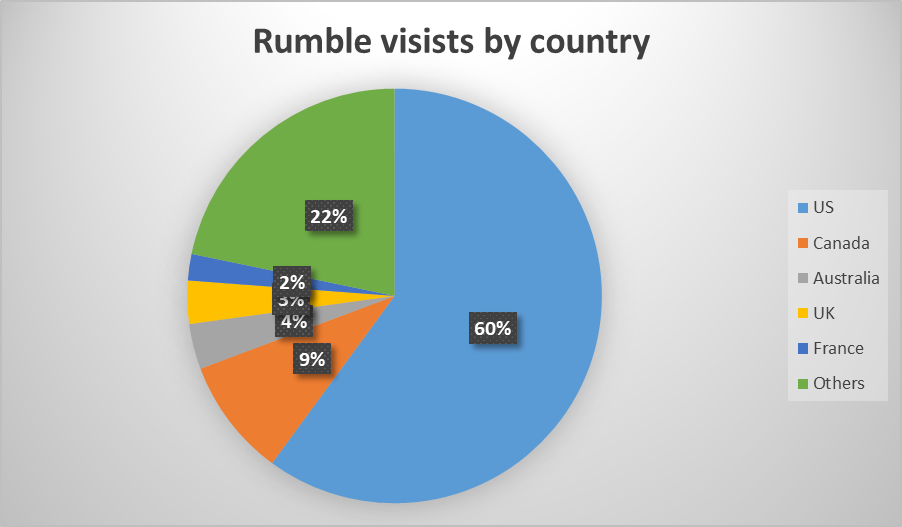 Rumble’s marketing strategy is focused on Direct marketing with 60.19% of traffic coming from this channel, followed by Social with 21.64%. Many of Rumble’s clients also come from online searches, referrals, mail, and more. 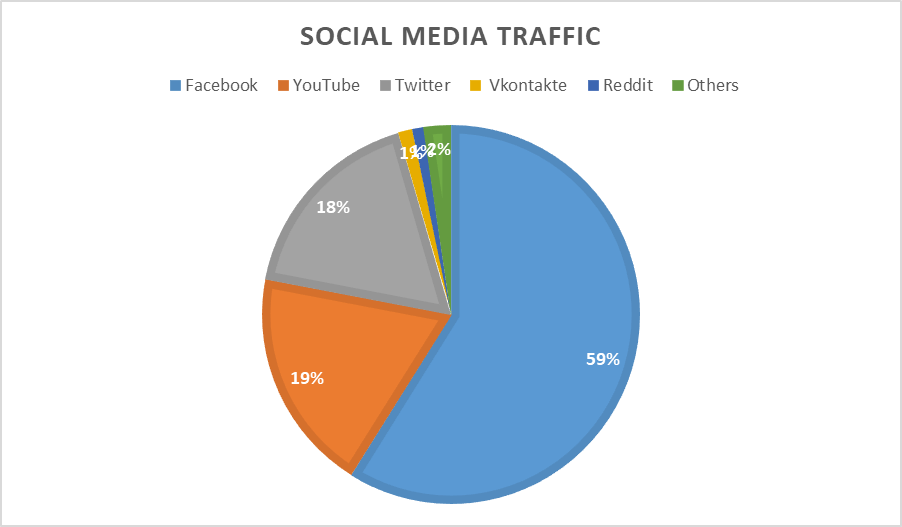 Why Are Conservatives Flocking to Rumble?

This move has triggered the question of whether Rumble should be seen as a platform for only conservatives. However, Pavlovski denied the assumption. In his defense, he insisted that “Rumble is building a fair ecosystem for everyone, regardless of whether you’re on the left or the right, we welcome anyone to our platform, and we encourage everyone to use our platform, regardless of what your thoughts are.”

He added: “Whether you like gaming or politics on the left or the right, we welcome you and welcome you to bring your friends or family and know there will be no obstruction in seeing your content.”

Rumble didn’t start as a “conservative” social video site. But self-declared “free-speech platforms” like Rumble are poised to take advantage of that demographic’s shift away from traditional social media.

Rumble also gives its creators more options to monetize content than YouTube. Chris Pavlovski, CEO of Rumble, said: Rumble was built on the belief that all video content creators should have an equal opportunity to express themselves freely and reach large audiences worldwide while maximizing their income. Rumble’s first monetization option is to spread ad revenue.

While YouTube only shares 10 to 15% of ad revenue with users, Rumble shares up to 60% of advert revenue with its users. Other options include giving creators the ability to waive rights to their content in exchange for a lump sum of money and profit sharing through Rumble’s other partners. Rumble also has a simpler video recommendation algorithm than YouTube. YouTube recommends videos to users based primarily on previously watched videos. At the same time, Rumble only displays videos in chronological order of creators that a user is following, allowing users to select the content they want to consume without influence.

As calls for increased content moderation intensify, big tech censorship shows no signs of slowing down in the future. Will demand for an unmoderated platform like Rumble continue to surge? Or will it face the same fate as Parler if it gets out of control? Only time will tell.

The merger between Rumble and CF Acquisition VI (NASDAQ: CFVI) will probably contribute around $400 million to the company. This includes $100 million in 100% committed PIPE at $10 per share and $300 million of cash held in a trust account of CF Acquisition. The transaction will most likely close in the 2nd quarter of 2022.

18 Most Popular Subreddits About Trading

Parler User Stats: How Many People Use Parler in 2022?

Thank you for signing up