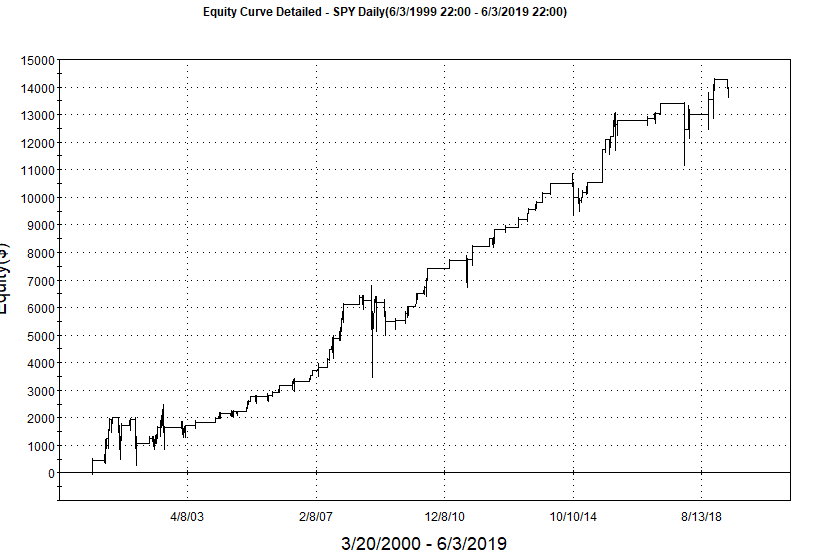 Combining the AdX and IBS indicator to find a turning point in the market, could hold some merit. With this edge that’s exactly what we do in the SPY that tracks the S&P 500 index.

As can be seen in the infobox above, this edge trades the S&P 500 that tracks the S&P 500. However, it should work well on other securities that track the same index as well.

With an impressive 81% winning rate this edge is a good start on a trading system!

Also, the fact that the backtest is carried out on nearly 20 years of data , is an indication that the edge is persistent throughout time, and might also perform well into the future!

The edge is composed of: 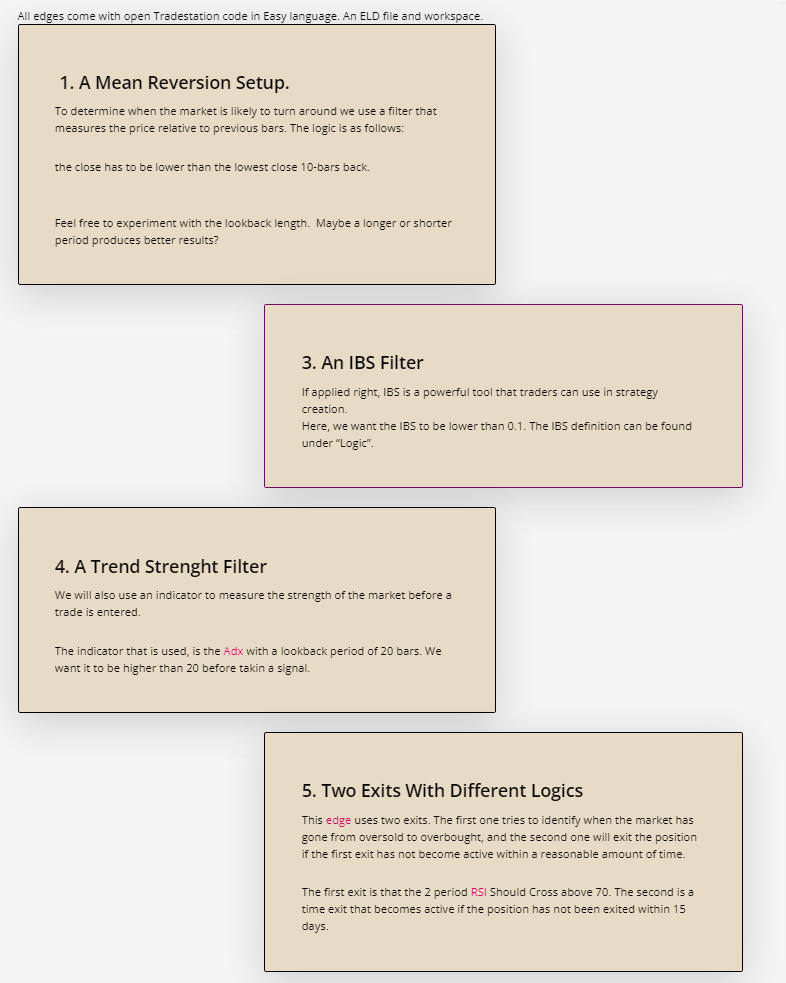 How Does It Work?

The edge described in this post works through mean reversion, and tries to identify when price moves into oversold territory.

The first, and third components(the mean reversion setup and IBS) are used to define the oversold condition.

The second component (the moving average) is used to ensure that the market is in a state that makes it likely to turn around soon.

The fourth filter (the trend strength filter) is used to ensure that the market is moving with the right amount of speed and force for the setup to be effective.