Parler User Stats: How Many People Use Parler in 2022?

Thank you for signing up

Rumble User Stats: How Many People Use Rumble? (February 2022)

Since Parler’s creation in 2018, the social media platform has been gaining in popularity, but it was most popular during the 2020 presidential election when it shot to the top of Android and Apple stores. But what is Parler user stats at the moment?

As of the end of November and the beginning of December 2021, Parler got about 1.62 million total visits, which represents a drop of about 8.08% over the last 6 months. However, during its peak period from November 2020 through to January 2021, Parler reported having 15 million total users and about 4 million active users.

Parler is a microblogging and social networking platform that was created by a Nevada-based software engineer, John Matze. The platform claims to be open to everybody and supports free speech while allowing the users to determine what and who they want to interact with. The idea is that users on the platforms are in charge of muting and blocking trolls or offensive content.

Parler presents itself as an alternative to mainstream social networks such as Twitter and Facebook. As a result, its usage tends to increase when the mainstream social media platforms ban prominent people or during the period leading up to major political events, such as elections.

For example, the platform experienced a spike in usage around November 2021 when the US had a presidential election. During that period, Parler was the #1 app on the iOS app store for two days. The usage also increased during the BLM of 2020. As a result, many analysts consider it an event-driven app. Nonetheless, with 8.1 million new installs, the app was the 10th most downloaded social media app in 2020.

Some of the prominent people on the Parler platform include Fox Business anchor Maria Bartiromo and the conservative talk show host Dan Bongino (a wildly popular figure on Facebook). In the Journal article, Bongino called the company “a collective middle finger to the tech tyrants.”

The platform has the financial backing of Rebekah Mercer — the daughter of billionaire hedge-fund manager Robert Mercer, who’s seen as a conservative. In a statement issued on Parler, Rebekah Mercer stated her father has no involvement in the social media site. See her statement below:

“John and I started Parler to provide a neutral platform for free speech, as our founders intended, and also to create a social media environment that would protect data privacy. Benjamin Franklin warned us: “Whoever would overthrow the liberty of a nation must begin by subduing the freeness of speech.” The ever-increasing tyranny and hubris of our tech overlords demand that someone lead the fight against data mining, and for the protection of free speech online. That someone is Parler, a beacon to all who value their liberty, free speech, and personal privacy.”

Nevada-based software engineers, John Matze and Jared Thomson founded Parler in August 2018, with the help of Rebekah Mercer. The company’s name was taken from the French word “parler”, which means “to speak”.

Although the platform billed itself as an unbiased and free speech alternative to larger social media platforms, such as Twitter and Facebook, its services were relatively unknown until a December 2018 tweet by commentator and activist Candace Owens brought 40,000 new users to Parler, which caused Parler’s servers to malfunction

As of May 2019, Parler had 100,000 users. But by June 2019, Parler said its user base more than doubled after around 200,000 accounts from Saudi Arabia signed up to the network. Those were mostly supporters of Saudi Arabian Crown Prince Mohammed bin Salman, who migrated from Twitter after alleging they were experiencing censorship on the platform. While Twitter did not acknowledge removing posts by Saudi users that might have triggered the exodus, the company had described as “inauthentic” hundreds of accounts that were pushing the Saudi government’s agenda and had previously deactivated many of them.

Parler experienced a wave of signups in mid-2020 during the build-up to the US presidential election, as well as in days following the election in November 2020. This wave continued into January 2021, especially after Twitter banned the account of the former president, Donald Trump from their platform due to his remarks about the storming of the Capitol. This led Parler to become the top downloaded app on the Apple App Store on January 8.

However, Parler’s ballooning user base came at a cost. Following the events at the Capitol, Google removed Parler from their Play Store immediately — suspending the app until the developers committed to a moderation and enforcement policy that could handle objectionable content on the platform. Apple also followed suit and removed the app from Apple Store, until potentially it moderates the content on its platform. It got worse for Parler when Amazon Web Services canceled its hosting services on January 10, 2021, causing the entire Parler platform to be completely offline.

Following these events, the founder and CEO John Matze was fired by the company’s board on January 29, 2021, and former Tea Party activist, Mark Meckler, served as interim CEO from February to May 2021. Parler resumed service on February 15, 2021, after moving domain registration to Epik.

In May 2021, Apple accepted a version of the Parler app with added content filters on the Apple App Store. Interest in Parler waned as the month progressed, with data from Sensor Tower showing about two-thirds of new downloads to have occurred in the first five days of the app’s return.

According to data from app analytics firm Sensor Tower provided to Forbes, about 32,000 users downloaded Parler from Apple’s App Store for the first time since it returned to digital shelves on May 17, which is the platform’s worst month since April 2020, when it was downloaded a total of 8,800 times, excluding months it was removed from the App Store. Although those figures don’t represent a full month, the first ten days of January saw around 870,000 new users install the app on Apple devices.

Shortly after returning to the App Store, Parler named George Farmer — a former candidate for the U.K.’s Brexit Party — as its new CEO. According to Farmer, it had taken the network’s team months to “bring Parler back online and return to Apple’s App Store. As of now, Parler is still banned from the Google Play Store. While a presence on Apple’s App Store is the only way to gain access to Apple’s enormous marketplace, Android users have alternatives to Google’s Play Store.

Parler’s usage tends to spike during political activities and diminishes afterward. The peak of its usage coincided with the U.S election in November 2020, up to January 2021, when Parler reported having 15 million total users and about 4 million active users.

However, the usage has declined since then; as of the end of November and the beginning of December 2021, Parler got about 1.62 million total visits, which represents a drop of about 8.08% over the last 6 months.

Now, let’s take a look at some important user stats.

According to Similarweb, the total visits to Parley.com — via desktop and mobile web — in the last 6 months is 1.62M, which represents about an 8.08% decline over that period. During this period under review, about 3 pages were viewed per visit, and the average visit duration was 00:03:40. The bounce rate, however, is 59.68%.

From the chart above, you can see that the total visits as of June 2021 were well over 2 million, but by July 2021, it has declined to less than 2 million. By the end of November, it was somewhere just above the line for 1.5 million. 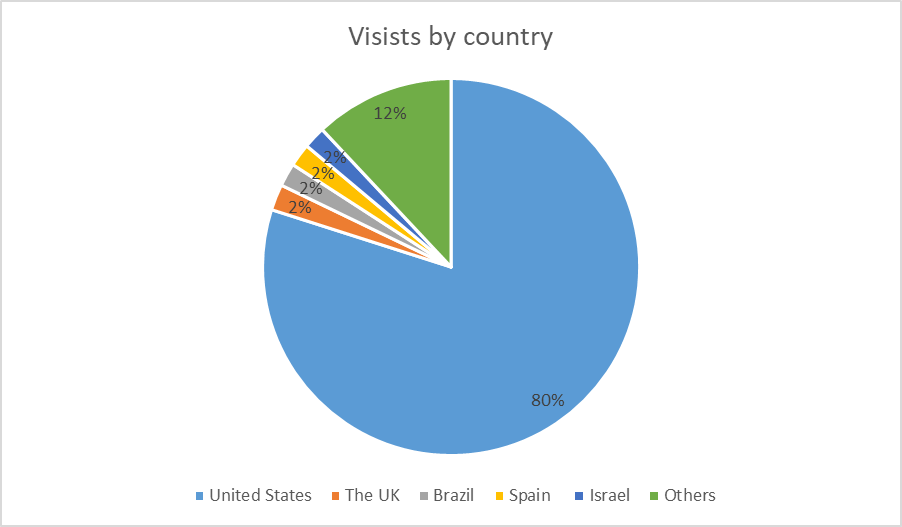 Traffic from Referrals came from many different source websites. Of the 2.02% of the traffic that came from Referral, about 65.48% were from underground notes and links to top websites. About 6.18% came from ighome.com, while 3.72% came from citizen free press. Other contributors were amgreatness.com, which accounted for 3.58%, and Wikipedia.com, which contributed 2.65%. Other websites that we don’t mention here contributed 18.4%. 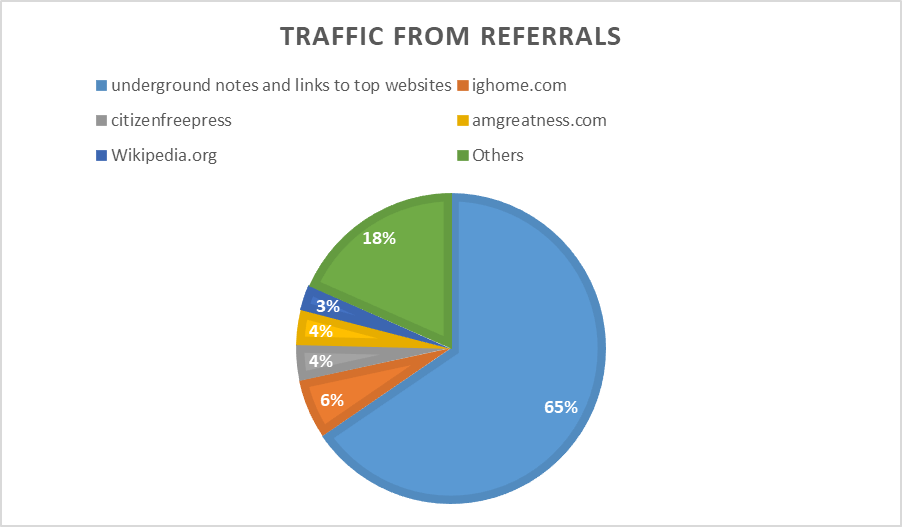 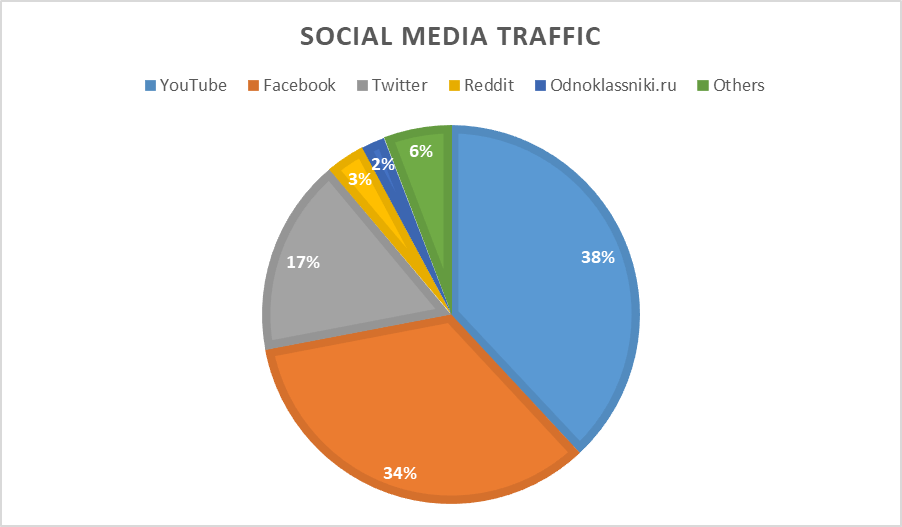 From our discussions so far, these are the key points about Parler and its user stats:

20 Most Popular Subreddits About Trading