Mean Reversion and Trading Strategies – 3 Complete With statistics and backtests

What does mean reversion in trading?

The chart below shows a good example of mean reversion:

The blue line is simply a trend line draw randomly from the bottom to the upper right corner to represent the ascending mean price. As you can see, the price of SPY moves in waves as it ascends and never goes too long in either direction before it “reverts”.

Also, during the bear market of 2008/09, there were sharp reversals, even though the trend is down. To put it simply, the market never goes in one direction without breaks; it’s like ebb and flow.:

While many trading strategies can be labeled mean reversion, the most popular ones are based on the following:

From our experience, mean reversion strategies work best in stocks. It doesn’t perform as well in other markets, such as the commodity. But why does that happen? We know that mean reversion in the stock market didn’t work so well before the 1990s but has been performing since the 2000s. One of the reasons could be the rise in futures trading with the associated arbitrage between stocks and the futures contract.

Another reason could be the effects of profit-taking and short-sellers who sell strength and value investors who buy stocks that have fallen significantly. For instance, when a stock goes up in value, many are tempted to sell to realize some gains while others might want to short, creating selling pressure.

On the other hand, when a stock falls in value, more buyers are willing to buy than sellers are willing to sell, leading to a bullish price reversal. Moreover, those who are short also try to cover their shorts —this might be the reason for many of the rallies we see in bear markets.

From experience, we have learned that mean reversion in the stock market works best during a bear market. This might sound illogical, but the reason is simple: increased volatility. Even more surprising is the fact that long positions work better than short ones!

For example, in 2008/09 the market fell over 50%, but we made the most money on the long side from our day trading using a mean-reversion strategy. The fast decline in price during a bear market creates opportunities, unlike in a bull market that rises slowly over time and spends significantly more time above the 200-day moving average.

Another point is that bear-market rallies are very explosive. For example, even though the market lost about 50% of its value from May 2008 until early March 2009, there were significant rallies and up days. Here are the numbers:

Thus, while the market fell, we still had many explosive days on the upside. Shorting was difficult, but there were opportunities for buying weakness and selling strength, which was very profitable.

Of course, short-term trading needs prey, and it comes in the form of volatility. See the graph below, which shows the 25-day moving average of the absolute values in the daily changes from close to close: 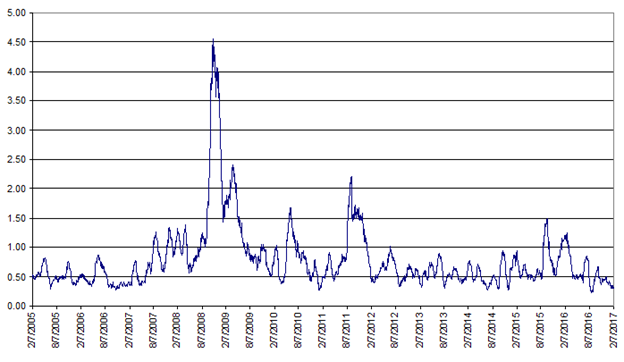 1. Deviation from a recent high in XLP

We use this strategy is in the S&P 500 consumer stable sector ETF, which has the ticker code XLP. Here are the criteria for the strategy:

The equity curve below shows the returns from 100 000 invested at inception in 2002 and compounded until the summer of 2021 — the graph on the bottom is the drawdown: 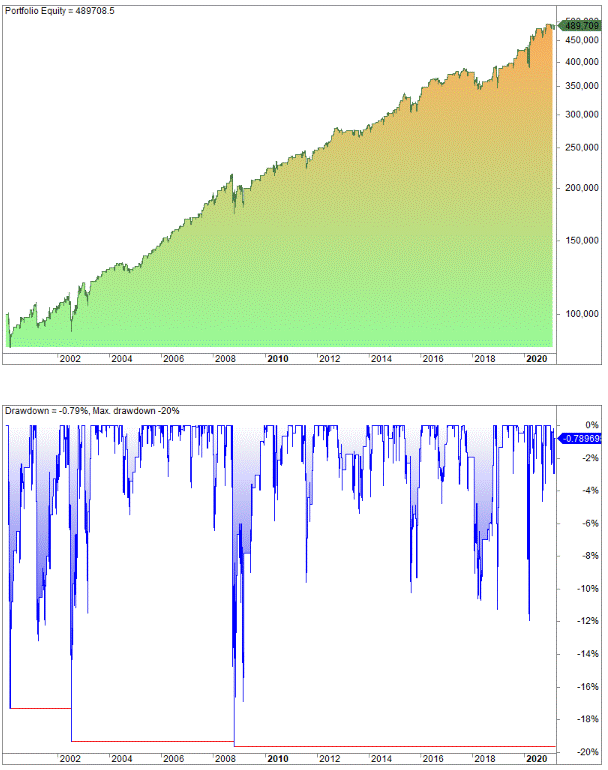 These are the result:

2. An IBS short strategy in FXI

The Chinese ETF with the ticker code FXI has shown strong mean reversion tendencies over the last decade. We used the strategy below on it, and it worked pretty well. These are the parameters of the strategy: 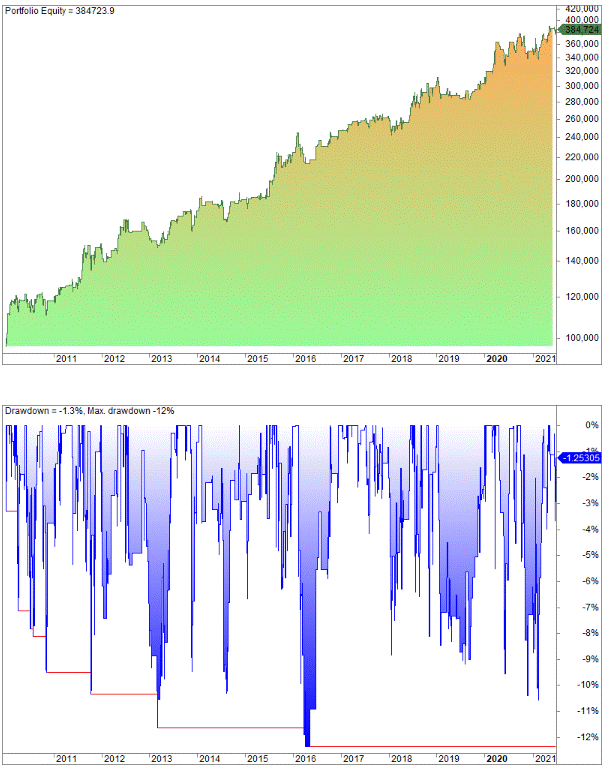 The result is as follows:

This strategy was implemented on the S&P 500 Index. The criteria are as follows:

The equity curve below is for 100 000 compounded from 1993 until July 2021 has produced this equity curve — the graph on the bottom is the drawdown: 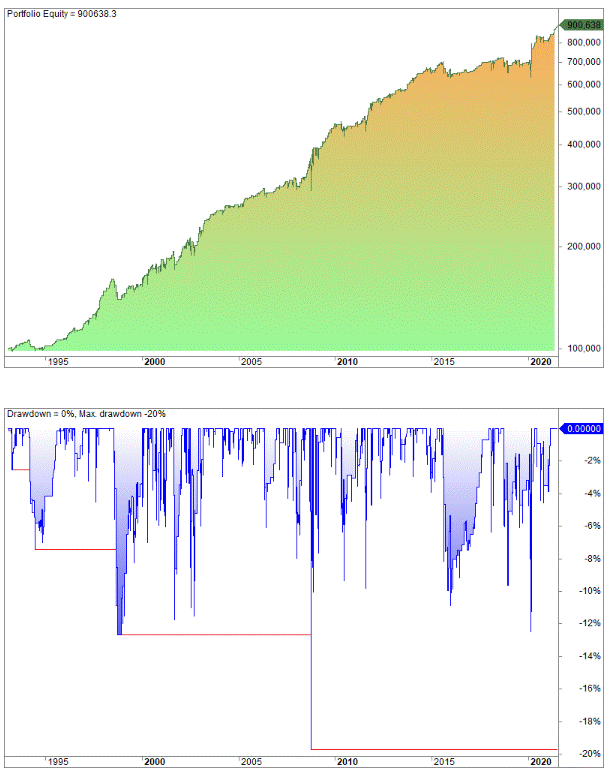 The trading results are as follows: