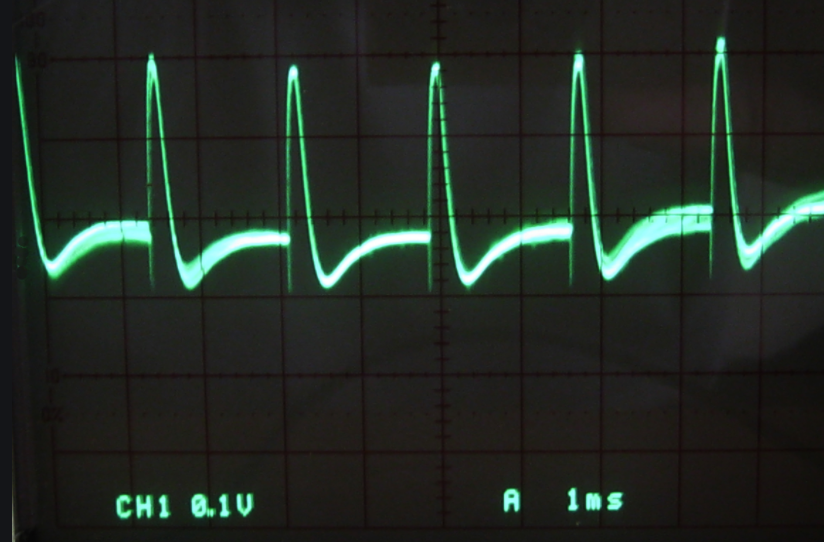 Trying to predict what the market might do next is quite difficult, and traders are always looking for ways to predict the direction of the market. A lot of technical indicators have been created, but only a few can give a clue about the activities that move the market as the Chaikin Money Flow Oscillator does.

As you know, price movement is often a result of imbalances in demand and supply. Since price movement is a function of demand and supply, it won’t make sense to analyze price fluctuations without paying attention to demand/supply dynamics, which is why the Chaikin Money Flow oscillator is such a useful indicator in stock trading — it tells you something about the demand/supply by showing the money flow into a security during a specified period.

What is the Chaikin Money Flow oscillator?

Not to be confused with the Chaikin Oscillator (CO), the Chaikin Money Flow oscillator/indicator (CMF) is a volume-based indicator that tries to measure momentum based on the idea that price follows volume. The indicator was created in the 1980s by an American technical analyst and trader, Marc Chaikin, who is recognized for creating several technical indicators, including the Accumulation Distribution Line (ADL).

The CMF indicator measures the amount of money flow volume over a chosen period, usually 20 or 21 periods. Combining both price and volume data to measure momentum, the indicator can be used to determine whether there is a buying pressure or selling pressure in the market. The idea is that when the closing prices of consecutive trading sessions are near their highs, accumulation is taking place, but if the closing prices are closer to the lows, distribution going on.

In other words, both buying and selling pressures are accompanied by an increase in volume, but the location of the closing prices indicates the predominant force. So the resulting indicator oscillates about the zero line — above zero indicating a bullish trend and below zero implying a bearish trend. Technical analysts and traders use it to weigh the balance of buying or selling pressure. They commonly use it to confirm a trend, measure a trend strength, or to identify potential trend reversals or breakouts. However, is not made to be used as an isolated trading system; it should be used in combination with other trading tools.

How is the Chaikin Money Flow indicator derived?

The Chaikin Money Flow (CMF) oscillator is calculated in three steps as follows:

Let’s what is involved in each of those steps.

In this first step, you find the close location value, which is where the price closed relative to the trading session’s range. It is called the Money Flow Multiplier because it shows which direction the money is likely flowing. It is calculated as follows:

You do this by multiplying the value of the Money Flow Multiplier with the period’s volume. Do this for each period. The formula is given as follows:

The Chaikin Money Flow is computed by summing the Money Flow Volume for n periods and dividing the value by the n-period sum of volume. Here is the formula:

While you can compute the CMF for any period, the usual default period is 20 trading sessions. In this case, n will be 20.

As you can see, each trading session’s Money Flow Volume (and by extension the CMF) depends on the Money Flow Multiplier (close location value). From the formula, we can make these deductions:

The CMF indicator is available on most trading platforms, and it is placed in the indicator box of the chart. It can be called an oscillator because the value oscillates between -1 and +1, with 0.00 as the centerline. While some trading platforms may modify the indicator to oscillate between -100 and +100, it is commonly expressed as a decimal. Hence, a value of +51 in one platform may be the same as a value of 0.51 on another; likewise, a value of -7 is the same as -0.07.

Traders can use the absolute value of Chaikin Money Flow to confirm or question the price action of the underlying trend. In an up-trending market, the indicator will mostly be in positive values. If the CMF values are negative, the strength of the uptrend may be in question. The opposite is true for a downtrend — the CMF should mostly be in the negative territory, but if it stays in the positive territory, the strength of the downtrend may be in question.

The benefits and drawbacks of the Chaikin Money Flow oscillator

As you can see, the Chaikin Money Flow oscillator can be very helpful to your trading, but it also has its shortcomings. Let’s take a look at some of the benefits and drawbacks of the indicator

Here are some of the advantages of using the CMF indicator:

Here are some of the disadvantages of this indicator:

How to use the Chaikin Money Flow oscillator in your trading

The default setting of the Chaikin Money Flow indicator is 20 or 21 periods, but you can set it to any value that suits you. On the daily chart, the 20/21-day period approximately corresponds to a full trading month’s data, so it may be good enough for a swing trading strategy.

As we stated earlier, the Chaikin Money Flow oscillator should not be traded as a standalone trading system. You have to use it in conjunction with price action patterns or other trading tools/indicators. Some of the tools you can use with this indicator include:

Now, let’s look at some trades you can use the CMF indicator.

Trading pullback reversals are one of the most interesting swing trading methods because you are simply trying to capture the impulse swing in the direction of the trend. The CMF oscillator can help in such situations because it can form divergences which are strong signs of reversals. Again, look for buying opportunities only. This is how you use the CMF oscillator for such trades:

You can use the CMF indicator to trade some price action chart patterns, such as flags and pennants, triangles, double bottoms, and inverse head and shoulders. The indicator can help you confirm the trade signals from these patterns. This is what you do:

The Chaikin Money Flow oscillator is a very useful indicator for technical traders because it can help confirm trends and spot potential reversals. However, it should not be used as a standalone trading system; you need to combine it with other trading tools. 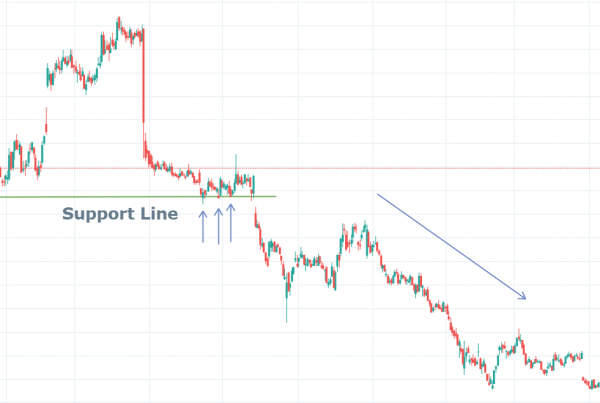