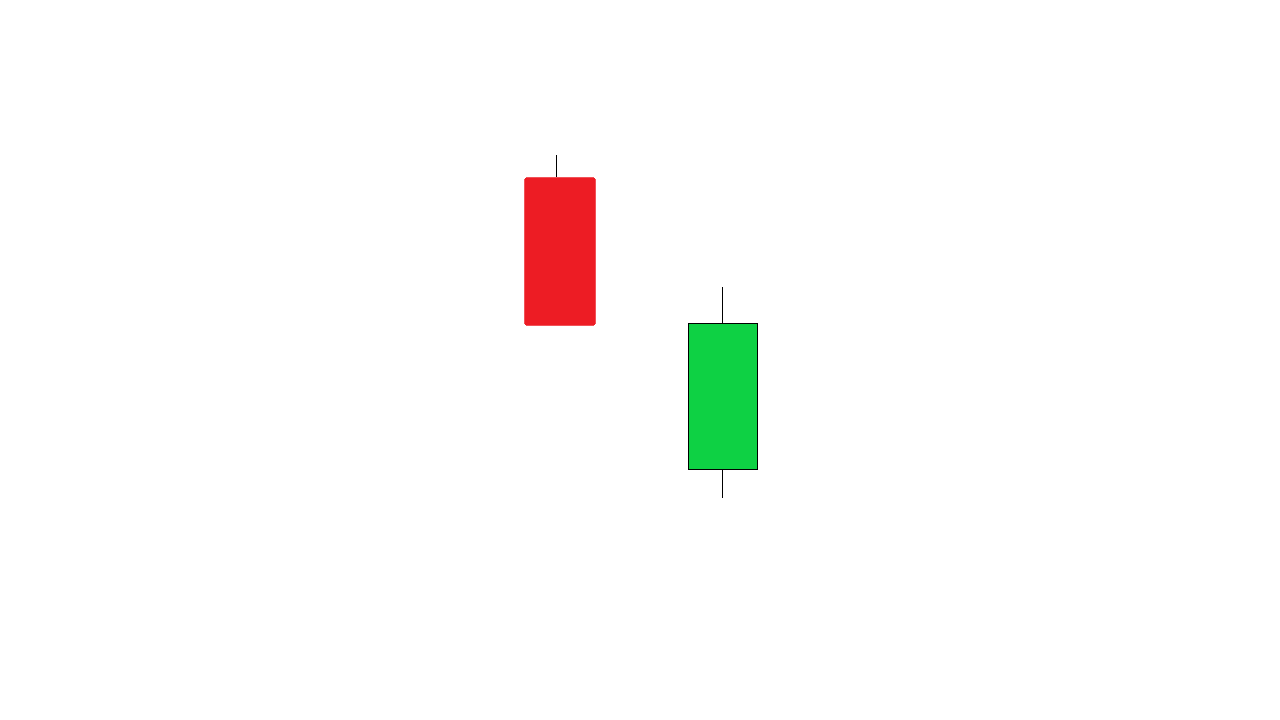 Candlestick patterns are some of the most popular methods to analyze the price of a market. With various shapes and appearances, they are all unique, with different meanings. One popular pattern is the bullish belt hold candlestick.

A bullish belt hold is a candlestick pattern that forms in a downtrend and suggests that the prevailing bearish trend might have come to an end. The bullish belt hold consists of two candles, with the first one being negative, and the second one gapping down while still closing around the close of the previous bar.

In this article, we’ll have a closer look at the bullish belt hold and its meaning. You’ll also discover some powerful methods to remove false trades, which will be needed if you want to trade the pattern live. 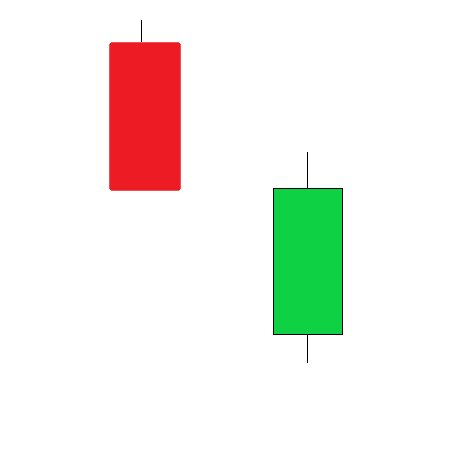 A bullish belt hold includes a bullish and a negative candle. Here are the exact conditions:

The common interpretation of the bullish belt hold is that it signals an imminent trend reversal.

What Does a Bullish Belt Hold Tell Us About the Market?

All candlestick patterns have a unique story to tell about the market forces that lead to it forming. And as traders, we might benefit quite a bit by trying to identify what drove the market to where it is now.

Of course, knowing exactly why a market carried out a certain move is almost impossible. Having that said, we can draw some probable conclusions.

Let’s have a look at what the market may have done as it formed a bullish belt hold!

As the market comes from a bearish trend, market sentiment is overwhelmingly negative, and most people expect prices to move lower.  As such, the market forms the first bearish candle of the bullish belt hold pattern. Upon the next open, the bearish sentiment still remains strong and manages to make the market gap down by quite a bit.

As the market now has become quite oversold, buyers see a chance to get in at a low price and manage to cover the gap. The rapid recovery of the market suggests that buyers now are in control, and are likely to continue pushing the market higher into a bullish trend. 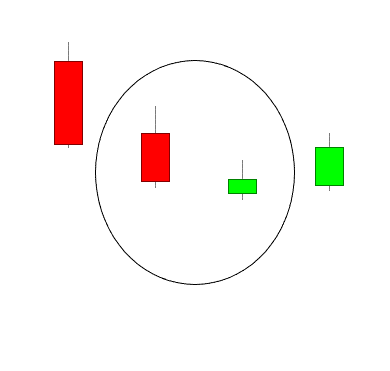 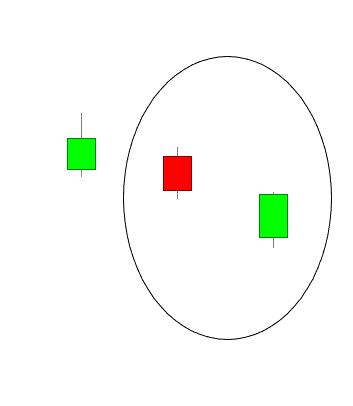 How to Trade the Bullish Belt Hold

Now, you might expect that you only have to look for the bullish belt hold, and place a trade as soon as you spot one.

Well, it’s not that easy.

Candlestick patterns in themselves seldom are profitable enough to be used on their own. Most times you will have to add your own filters or conditions to make them worth your time.

And depending on the market and timeframe you trade, what works well could vary a lot. This is why we recommend that you use backtesting to find out what works and not!

Now,  in this section of the guide, we’ll show you some of the things that have worked well for us in the thousands of trading strategies that we’ve built over the years.

Sometimes it might be that a candlestick pattern or other type of signal isn’t followed immediately by a certain price move, but after some time has passed.

For example, a bullish belt hold might signal a reversal of the trend that will start on average 10 bars AFTER the pattern formed. Perhaps the market tends to continue down a bit, and then turn around.

In such cases, it would be smart of us to wait some time before we enter a trade. And as we wait, we could also see where the market went directly following the bullish belt hold.

We may even find that there only is an edge when the market continues down, and that acting on a pattern followed by an ascending market only leads to losses!

So in short, you could say that delaying the entry also provides an opportunity to confirm the signal.

Sometimes it may not be enough to base your analysis on the price of one single security if you want to get a reliable signal.

So what other types of markets or data streams may you include?

Well, one powerful type of data is that you get from market sentiment indicators.

Unlike an indicator applied to a single security, a market sentiment indicator gauges the state of the market by looking at broader measures. For example, there are market sentiment indicators that track the number of advancing and declining stocks in a market. The numbers you get from indicators like these can then be used to know whether the aggregate market state supports your analysis on the single market level.

For example, if you spot a bullish belt hold and see that most stocks went down that day, it might be a good time to buy. As a matter of fact, the stock you’re analyzing was stronger than the overall market at that time!

Of course, it could be the other way around as well. This again, is why you need to use backtesting.

Measure the Length of the Current Trend

Since a bullish belt hold is believed to form at the end of a bearish trend, the lengths of the preceding trends in the market may be relevant.

For example, if the average length of a trend in your market and timeframe is 50 bars, and the current bearish trend has been ongoing for 60 bars, you may be more confident that a trade will work out well!

So how do you measure the average length of a trend?

Well, you just rewind the chart and measure the distance of market peaks to bottoms. Then you take the average of the last 5 or so, and use it for reference!

Just remember that trends may last for very long periods of time, and that no method is bulletproof!

Now that we have covered a couple of ways that you can improve the accuracy of a bullish belt hold pattern, it’s time to have a look at some trading strategies.

So let’s have a look at them!

The gap that occurs between the first and second candles is one of the key components of the bullish belt hold pattern. And being so, it might be good to pay some more attention to it!

For example, if the pattern contains a big gap, it means that buying pressure had to be greater to cover it. And following this, the chances are that the buying pressure in the market is sufficient to start a new trend!

So how big should the gap be?

Now we may require that the gap is bigger than the average true range to go long in the market. As such, the rules for the strategy become that we buy if:

Then we just exit the trade after 5 bars!

As a bullish belt hold should occur in a downtrend, we might want to have some filter that reflects this.

One of the most common ways to determine if a market is bullish or bearish, is with moving averages.

If the market is below the moving average, it’s bearish, and the other way around.

If we were to apply the moving average to the bullish belt hold, we could try to take a trade if the market is below its moving average.

However, in this strategy example, we’ll take it one step further. We’ll require that the close is below the moving average minus the average true range multiplied by 5.

So the rules for this strategy become that we go long if:

Then we exit the market when it closes above the moving average. 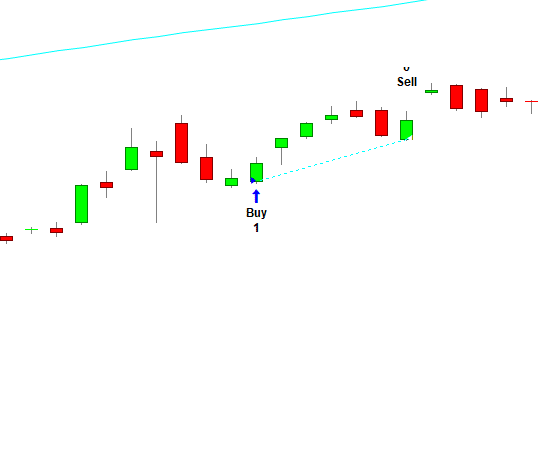 In this guide to the bullish belt hold, we’ve had a closer look at the definition and meaning of the pattern. We’ve also covered some great filters that will help you quite a bit with filtering out bad trades and make the pattern worthwhile.

Now, as a last piece of advice, we just wanted to mention the importance of testing and validating everything before trading it live. Most technical analysis doesn’t work that well, which is why it’s so important that you learn methods to validate your strategies and patterns before you go live.

If you want to learn more about this, we recommend that you have a closer look at any of the following articles:

How to create a trading strategy