What if you tweak the RSI indicator a bit? (RSI trading strategy) – #1 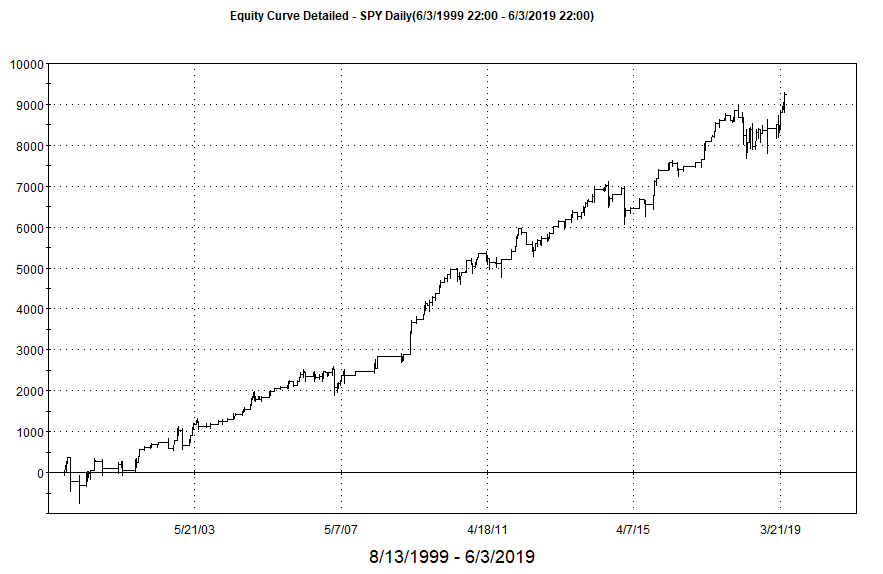 What if you tweak the RSI indicator a bit? That’s the question we asked ourselves when coming up with this edge, and by using unconventional methods we managed to find something that works on the SPY (S&P 500).

This edge trades the S&P 500 through the SPY. However, it should work well on other securities that track the same index as well.

The percentage of winning trades is high, close to 80%, which is common with mean-reverting strategies. It’s also very simple since it only consists of one buying conditions. In other words, there is plenty of room for traders to add their own filters or exits, to maximize performance.

The edge is composed of:

How Does It Work?

Using widespread indicators like the RSI can, as we show in this edge, produce some promising results. This is how the edge works:

Since we measure the difference between two RSI’s with different lookback settings, we are measuring the short term divergence from the longer term direction. The power of the edge lies in using a relative method to identify oversold conditions, rather than using a fixed value.

An example of using a fixed value to identify oversold conditions, would be the RSI crossing below 10.

7 interesting facts about the seasonality of wheat futures.

7 interesting facts about the seasonality of wheat futures.

How can you trade and make money from crude oil futures?