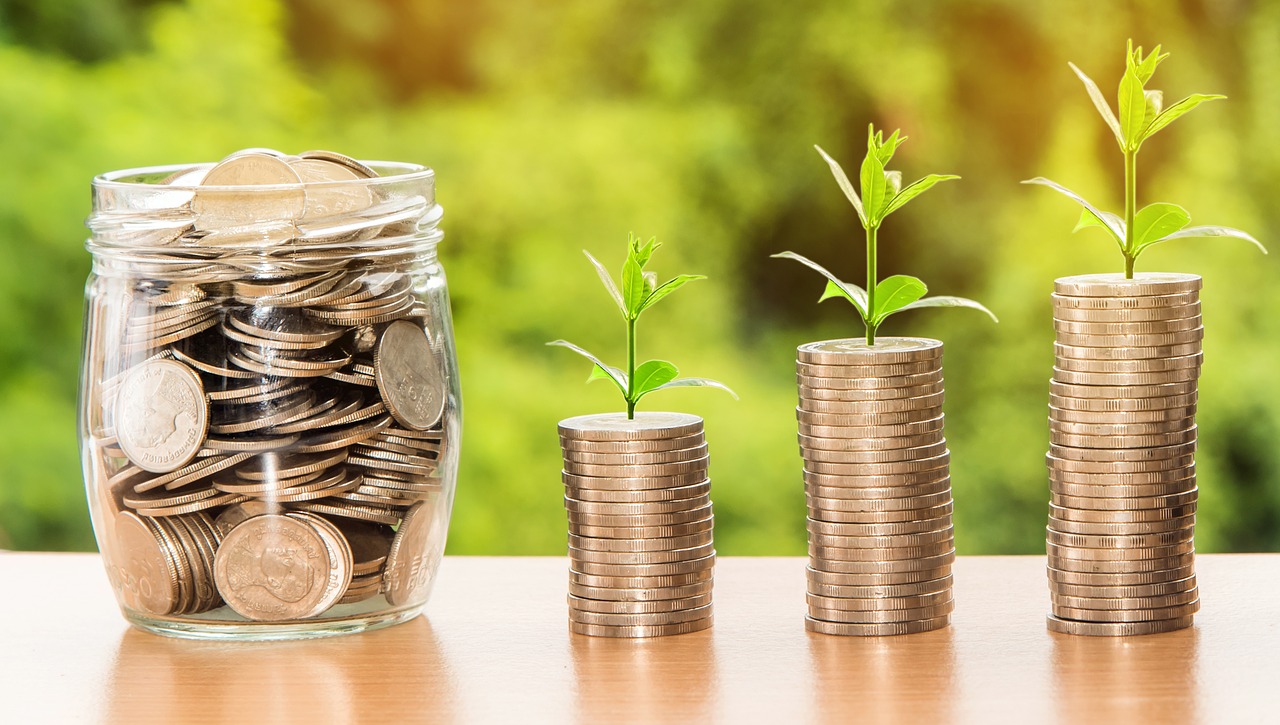 The stock market is where the public can buy or sell their stake in a company. It brings millions of buyers and sellers together on a daily basis. On average, more than $300 billion is transacted across various stock markets in the world each day.

As of 2017, the total market capitalization of all the stock markets in the world was more than $79 trillion, of which over 45% is in the U.S. market. The stock market gives companies access to affordable capital to run their business and, at the same time, gives individuals the opportunity to buy stakes in various companies and grow their wealth as the companies grow.

There’s a long list of individuals who found success trading in stocks. Here are the stock market rich stories of some of the investors who became rich through the stock market:

Jesse Livermore was an American stock investor known for trading his personal account to over $100 million during the 1929 Great Depression — a feat which earned him the nickname, the Great Bear of Wall Street. He was born in 1877 in Shrewsbury, Massachusetts to a very poor family. The family would later move to Acton when he was still a kid to start a farming business.

But Jesse never liked the idea of farming, and with his mother’s blessings, he ran away to Boston. He first became involved with stocks when he was only 14 years old. Then, he was working at the Paine Webber brokerage firm in Boston posting stock quotes. He would make price projections and note them, and later, he would check how accurate his projections were.

Convinced of his accuracy, in 1892 (when he was only 15) he started putting his price projections into use by making bets at a bucket shop. In a short time, he was making more money from his bets than he earned from Paine Webber. He quit his job and continued betting. In no time, he has made enough money to move to Wall Street and start his investing career in earnest.

It took him time to find his feet in New York City, but he eventually did. His first big profit came in 1901 when he bought the shares of Northern Pacific and made over 400% in profit, effectively raising his worth from about $10,000 to more than $50,000. He was highly skilled at identifying stocks that would make great moves and was never afraid to go short on stocks he thought would fall. He would start with a small order to see if he was right and build up his position later.

But the authorities sometimes stopped some of his moves — for example in the 1907 bear market and again in 1919 when he secretly bought all the stocks in cotton. His most notable trade was during the 1929 Great Depression. He amassed huge short positions in anticipation of the great bear market. He made over $100 million in that period and got a nickname for it — the Great Bear of Wall Street. 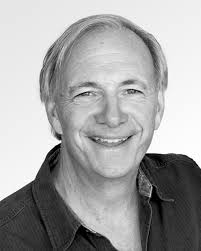 Ray was born (in 1949) in the Jackson Height neighborhood of Queen’s borough in New York City. His father was a jazz musician. He obtained an undergraduate degree in finance from Long Island University, and in 1973, he earned an MBA from Harvard Business School.

He started investing as a kid. When he was 12, he bought shares of Northeast Airlines for $300, which later tripled in value when the company merged with another firm. After graduation, he traded commodity futures on the floor of the New York Stock Exchange and later became the Director of Commodities at Dominick & Dominick LLC.

Dalio would also work at Shearson Hayden Stone as a broker and futures trader before founding Bridgewater Associates, an investment management company, in 1975. The firm took off in his two-bedroom apartment in New York City and would continue operating from there until 1981, when it acquired an office in Westport, Connecticut.

Mr. Dalio and his firm enjoyed early success but also encountered some hiccups along the way, which made him modify his investment approach. In 2005, Bridgewater Associates became the largest hedge fund in the world. By the end of 2017, the firm had over $160 billion in assets. His personal net worth as of 2019 was over $18.4 billion.

Ray Dalio has authored several books, including How the Economic Machine Works, A Template for Understanding Big Debt Crises, and Principles, which was Amazon’s #1 business book of 2017 and a New York Times #1 best-seller. He has spent over $760 million in philanthropy through his Dalio Foundation. The Foundation supports inner-city education, nature conservation, polio eradication, and microfinance.

Abigail Pierrepont Johnson was born in December 1961 to the Johnson family — owners of the American investment firm, Fidelity Investments. In 1984, she graduated with a bachelor of art degree from Hobart and William Smith College. She worked briefly as a consultant at Booz Allen Hamilton, before proceeding to Havard Business School for her MBA.

After graduating from Harvard Business in 1988, she started working as an analyst and portfolio manager at Fidelity Investments — a company that was founded by her grandfather, Edward Johnson II in 1946. Being a very skilled investor with an eye for value, she was promoted to the president of Fidelity Asset Management in 2001 and became the head of workplace, retails, and institutional businesses, in 2005.

According to Forbes, Fidelity Investments has close to $2.7 trillion worth of assets under management. Under her management, the company has embraced cryptocurrencies. In 2018, it launched a platform that allows investors to trade ethereum and bitcoin.

An American investor and asset manager, Paul Tudor, was born on September 1954 in Memphis Tennessee. He attended Presbyterian Day School and Memphis University School and then went to the University of Virginia, where he earned an undergraduate degree in economics in 1976.  After graduation, he worked as a floor clerk and later as a broker for E.F. Hutton & Co.

Mr. Tudor founded the Tudor Investment Corporation in 1980. The asset management company — which is focused on research and investing in stocks, commodities, currencies, and fixed income assets — has its headquarters in Greenwich, Connecticut. 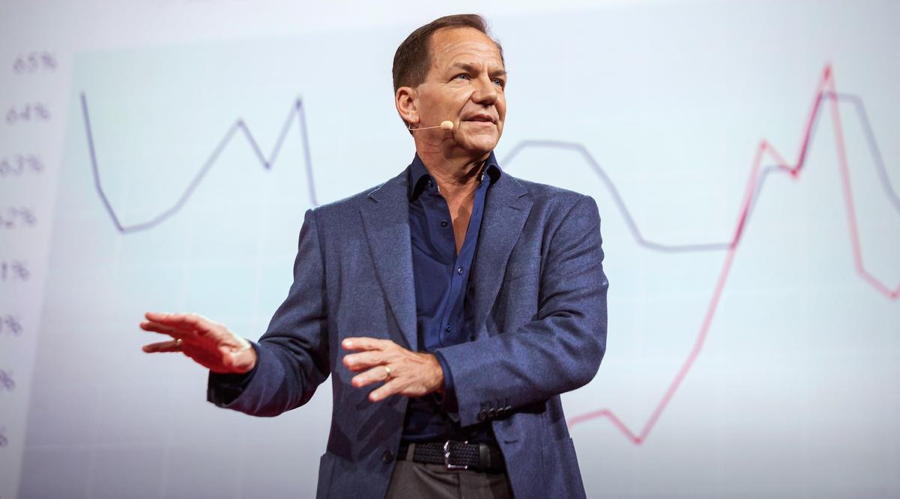 His firm started small but grew very fast as he recorded early success in his investments. One of his major profitable trades was going short in the 1987 flash crash. He predicted the Black Monday crash and amassed huge short positions before the crash. His firm has grown steadily since then, recording double-digit returns yearly on average.

According to Forbes, his company manages over $7 billion in assets, and his personal worth is about $5.1 billion. He is invested in equities across many regions, including the US, Australia, Hong Kong, Europe, Japan, the UK, and emerging Asian markets. His company has offices in most of these countries. His investment ideas are centered on technical analysis, and he is open to taking trades in either direction, depending on his analysis of the market.

Mr. Tudor is well known for his philanthropy. He has donated close to $50 million to the University of Virginia, his alma mater. He founded the Robin Hood Foundation, a philanthropic organization supported by hedge fund operators.

Alfred John Paulson is an American investor and the leader of Paulson & Co — a New York City-based investment firm. He is known for the great fortunes he made during the 2007 Great recession, which transformed him from a relatively unknown investor to a renowned financial guru. But his success brought a lot of scrutiny from the government in the aftermath of the recession. 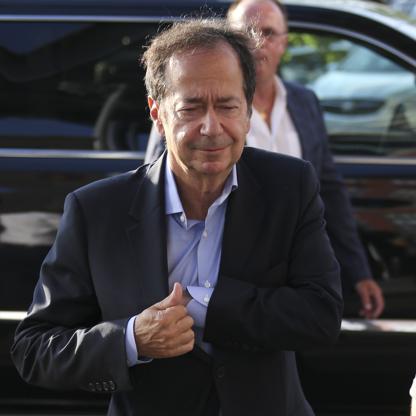 He was born in 1955 in Queens, New York. He studied finance at the New York University and graduated top of his class in 1978. He proceeded to Harvard Business School on scholarship and earned an MBA as a George Baker Scholar — top 5% of his class — in 1980.

Paulson started his career in 1980 at Boston Consulting Group, but because of his ambition to work in investment on Wall Street, he later moved to Odyssey Partners. He would later work for Bears Stearns and Gruss Partners LP before moving on to start his own investment firm.

He founded Paulson & Co. in 1994 with about $2 million, but by 2003, his asset had grown to over $300 million. He shot to prominence in 2007 when his company made close to $15 billion (he personally earned over $4 billion) during the U.S. housing market crisis. He predicted the mortgage crisis and started amassing short positions in mortgage-backed securities.

He also thrived on investments driven by events, such as spin-offs, mergers, and acquisitions. Those kinds of events often present swift price changes for arbitrage trade opportunities.

He is popularly known as the man who broke the bank of England because of his $10 billion bet on the pound during the Black Wednesday crisis in 1992. George Soros was born in Hungary in August 1930. He survived the Nazi occupation of Hungary and moved to England in 1947.

In England, he enrolled in the London School of Economics while working as a railway porter and waiter to support himself. He graduated with a bachelor’s degree in economics and, later on, a master’s degree in philosophy. During this period, Soros found a mentor in Karl Popper — the philosopher who coined the term “open society”, and he would later name his charity foundation Open society Foundation. 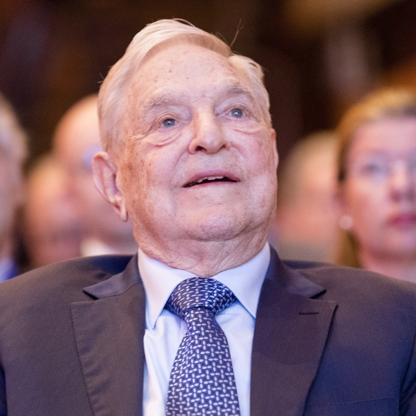 After his graduation, Soros worked for some financial institutions in the UK before moving to the US in 1956, to take up a position as an analyst and trader at F. M. Mayer, a New York-based firm. In 1967 when he was working for Arnold and S. Bleichroeder, he managed a $100,000 offshore fund, First Eagle Fund, set up by the company to test his investing skills.

Timothy Kim is a self-made millionaire who made his fortune investing in the stock market. He featured in Business Insider and other prominent publications in 2018 when his asset value crossed the $1 million mark.

The young millionaire investor said he simply heeded to the advice of his college professor who also became rich by investing in the stock market. Following the professor’s advice, he (a 19-year-old student then) started saving from the little money he was earning as a campus employee. When he saved up to $1,000, he invested it in stocks.

Seeing that his initial investment was growing, he continued buying more stocks with any money he could save. When his asset value was up to $3,000, he opened a Vanguard account, and once it reached the $10,000 mark, he converted to admiral shares because it had the lowest fees. From there the investment continued growing until it hit the $1 million mark last year.

According to Kim, one doesn’t need to be smart to make money. It is easier to learn how successful people did it and follow their lead.

The stock market presents an almost unlimited opportunity to grow wealth by providing you with the opportunity to buy into any company of choice. Over the years, a lot of people have become rich by investing in the stock market. It would be great if you could follow in their footsteps!