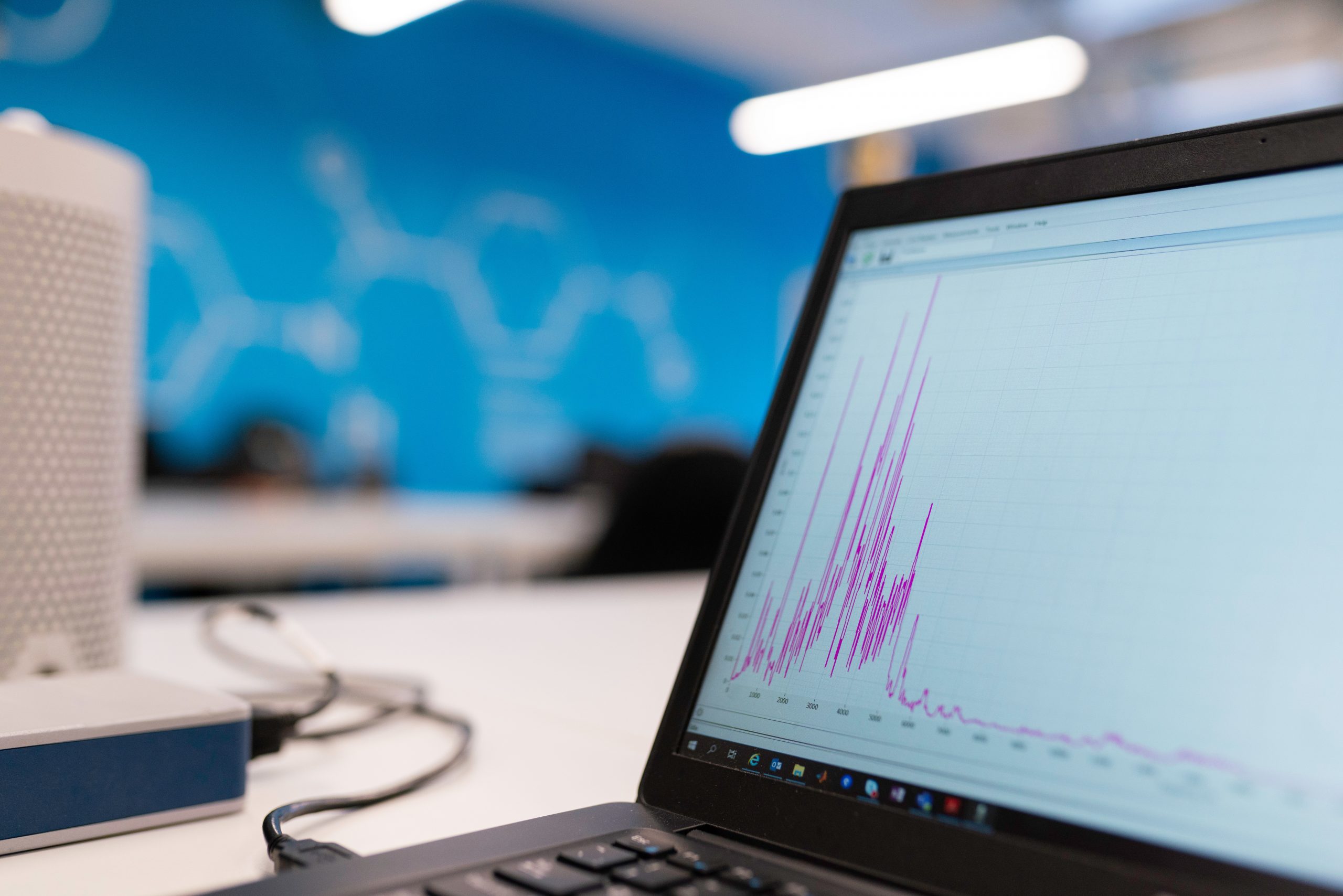 What Does Doji Candlestick Mean? Is it bullish or bearish?

The Doji candlestick represents a trading session that opened and closed about the same price level, which suggests an equilibrium in buying and selling pressure. However, there are different types of Doji pattern. Depending on the type, where it forms in the price structure, and the pattern it forms with other candlesticks around it, the Doji pattern can be bullish or bearish.

What is the Doji candlestick?

The Doji is a transitional candlestick formation that signifies an equilibrium in the opposing market forces — what some analysts may call indecision between bulls and bears. It simply shows that at the end of the trading session, neither the bulls nor the bears can claim victory because the price closed around the same price level where it opened.

The Doji candlestick pattern is characterized by its cross, inverted cross, or plus sign shape, which reflects that the open and close prices are the same. It has very little or no real body, while the upper and lower shadows may be of varying sizes. Alone, the Doji candlestick is a neutral pattern but may also feature in a number of important patterns.

Doji candlesticks are often found at the bottom and top of trends where they may be considered a sign of possible reversal of price direction, but the Doji pattern can occur at any place in the price trend and can also serve as a continuation pattern. Of course, there are different types of Doji pattern; let’s take a look at them.

The anatomy of the Doji candlestick

Based on the presence and size of the shadows, there are five recognized types of Doji candlestick pattern:

This candlestick is also known as the neutral Doji or Doji star; it has relatively small upper and lower shadows, which is more or less about the same size. The open and close prices are almost at the same level, so it has no real body.

The gravestone Doji has a long upper shadow, no real body, and little or no lower shadow. This implies that the session’s open, close, and low prices are at the same level, but at some point in the trading session, the price traded higher.

The dragonfly Doji has a long lower shadow, little or no upper shadow, and no real body. That is to say that the session’s open, high, and close prices are at the same level, while it traded lower at some point during the trading session.

Sometimes called a “Rickshaw Man”, the long-legged Doji is like the standard Doji but has very long upper and lower shadows. It has no real body since the opened and closed at the same level. While the price traded quite high and low during the trading session, it closed unchanged.

The four-price Doji is very rare. It has no real body, no upper shadow, or no lower shadow. So, the open, high, low, and close prices are all the same. It means that there was no price movement all through the trading session — complete indecision. The pattern is represented by a horizontal line.

Is the Doji candlestick bullish or bearish?

You may be wondering how significant the Doji candlestick pattern is: is it bullish or bearish? Well, that depends on three factors:

The significance of the different Doji patterns

Standard Doji: This pattern shows that there was both buying and selling pressure at some points during the trading session, but the price later closed where it opened. It signifies that at the time the session closed, the market was in equilibrium — neither the bulls nor the bears were in control. The standard Doji occurs very commonly in price charts and can be seen in any price swing. On its own, the pattern offers no particular clue about market direction, but when it occurs at the top or bottom of a price swing, it may, together with other candlesticks around it, form a bearish reversal pattern or a bullish reversal pattern respectively.

Gravestone Doji: The Gravestone Doji shows that the price traded higher during the session, but the bears brought it down later to close at the opening price. Depending on where the pattern occurs, it could have a bearish significance: when the gravestone Doji forms at the end of a price rally, it could act as a bearish pin bar reversal pattern, but when it occurs after a downswing, it doesn’t mean much.

Dragonfly Doji: This pattern shows that there was a bearish pressure and the price traded lower during the session, but the bulls later neutralized that pressure and pushed the price to close where it opened. Depending on where the pattern occurs, it may have a bullish implication — if it forms after a price swing down, it will basically act as a bullish pin bar reversal pattern and can be traded accordingly, but if it’s hanging in an upswing, it may not mean have much.

Long-legged Doji: This pattern occurs mostly when there’s unusually high volatility in the market — following a high-impact news release, for example. It indicates a chaotic trading activity, with both the bulls and bears dominating at some point, but there was no clear winner at the end of the trading session, as the session closed at the same level where it opened. If the candlestick is followed by a candlestick with a smaller range, an inside bar pattern may have formed, which may have a bullish or bearish implication.

Four-price Doji: This pattern is very rare and occurs only in markets with very low volatility. In the stock market, you may see it in poorly traded stocks. The pattern simply shows that neither the bulls nor the bears want to push the price.

The harami cross pattern is a two-candlestick pattern in which the range of the Doji candlestick lies within the body of the first candlestick, which can be of any color. This is a form of the inside bar pattern. The pattern signifies a tight consolidation that often heralds a big price movement.

Depending on where it forms, it could indicate a change in the price direction or a continuation in the present direction. If it’s occurring at a support level during a pullback in an uptrend, it can have a bullish reversal implication, but if it forms at a resistance level during a rally in a downtrend, it may have a bearish reversal effect. When it occurs within a price swing, price continuation is more likely.

The morning Doji star is a three-candlestick pattern that forms in a downward price swing: the first candlestick is tall and bearish; the second one is a Doji; while the third one is tall and bullish. This pattern has a bullish reversal effect, especially when it forms around a support level at the end of a pullback in an uptrend.

The evening Doji star is a three-candlestick pattern that forms in an upward price swing: the first candlestick is tall and bullish; the second one is a Doji; while the third one is tall and bearish. This pattern can have a bearish reversal effect when it forms around a resistance level at the end of a price rally in a downtrend.

The psychology behind the Doji candlestick

The Doji candlestick is formed when the price opens and closes around the same level, even after trading higher or lower or both direction during the trading session. What it means is that the price couldn’t find equilibrium at any other level aside from the open price.

Either the bulls or the bears may have dominated the session during the session but could only settle for somewhere around the open price by the end of the trading session. The price is always searching for value, and where it settles depends on the forces of demand and supply (also known as buying and selling pressure). By settling around the open price, it means that neither the bulls nor the bears were sure what the right value should be.

How to trade the Doji candlestick

As we stated above, some types of the Doji pattern, either alone or in the form of a multi-candlestick pattern, can give bullish or bearish signals when they form in the right place. Doji patterns that give bullish reversal signal include:

The patterns that give bearish reversal signals include:

The Dragonfly Doji is more like the bullish pin bar (Hammer), while the Gravestone Doji acts like the Shooting Star pattern. The Harami Cross pattern and Doji Inside Bar pattern (where high-legged Doji is the mother bar) can give a bullish or bearish signal, depending on the direction of the inside bar breakout.

The best way to trade these Doji patterns is to look for them at the end of a pullback in a trend. In an up-trending market, look for the Dragonfly Doji, Morning Doji Star, Harami Cross, or Inside Bar when the price pulls back to a support level. Here, those patterns are more likely to be the beginning of a new upswing, so you are looking to go long.

When the market is in a downtrend, look for the bearish reversal setups, such as the Gravestone Doji, Evening Doji Star, Harami Cross, or Inside Bar, when the price makes a rally to a resistance level. In this case, you are looking to go short.

The spinning top candlestick pattern is quite similar to the standard Doji except that its body is larger, with the open and close prices being relatively close (but not nearly the same level as in the Doji pattern). For a candlestick to be classified as Doji, its real body shouldn’t be more than 5% of the size of the entire candlestick’s range. When the real body is more than 5%, it becomes a spinning top. A spinning top also implies indecision in the market.

There are many types of Doji candlestick. While they may be seen as a sign of indecision, some of them can offer potent bullish and bearish signals, either alone or in combination with neighboring candlesticks, when formed at the right place.

Our archive and articles with every Candlestick pattern.