Breakaway momentum, also known as a “breadth thrust,” is a powerful upward momentum that occurs when ten-day total advances on the NYSE are greater than 1.97 times ten-day total NYSE declines. This phenomenon is relatively rare, happening on average once every 3 1/2 years since World War II. It is typically seen as a sign of a new bull market or an intermediate upleg within a bull market.
To achieve breakaway momentum, three things must happen: a very strong advance at the beginning of the ten-day period, minimal declines during corrections, and a second strong advance during days seven through ten. The key to generating breakaway momentum is not a large number of advances, but a lack of declines. In order to achieve this, the market must maintain positive breadth days and keep declines limited during corrections. 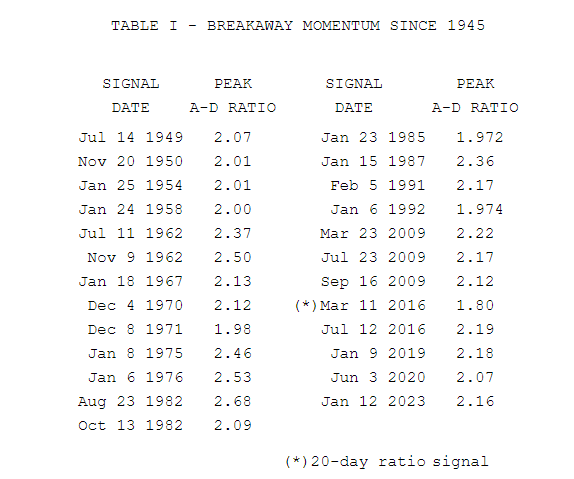 As further market developments revealed, the 20-day reading of 1.72 or higher turned out to be a reliable indicator, even though it was not confirmed by the ten-day ratio until July 12th. As a result, I have included this signal in the table, but marked it with an asterisk to distinguish it from the other post-1973 signals that were identified in real-time.

Post-BAM declines/corrections tend to be surprisingly brief and shallow given the amplitude of the BAM-genersting advance. 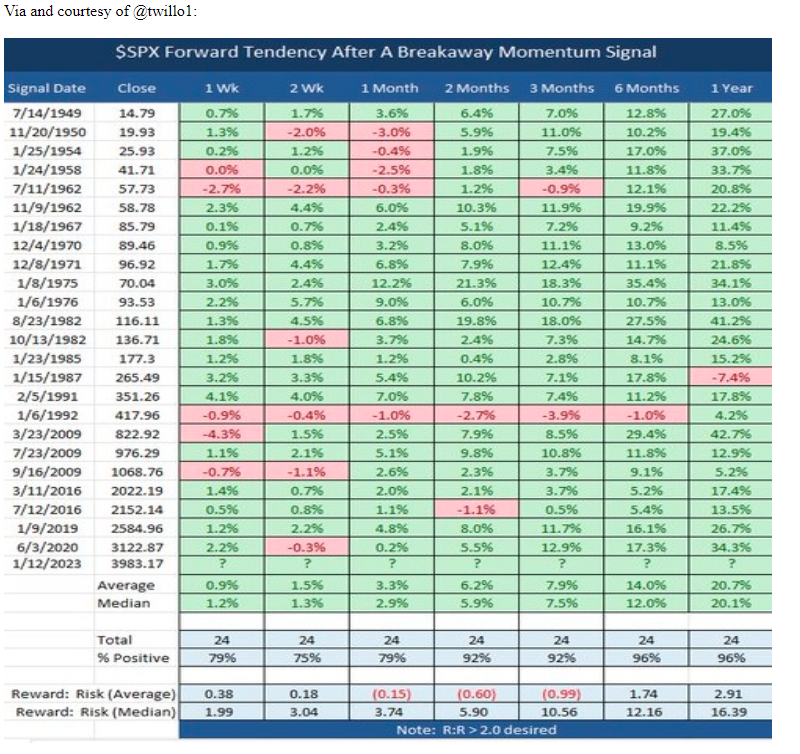 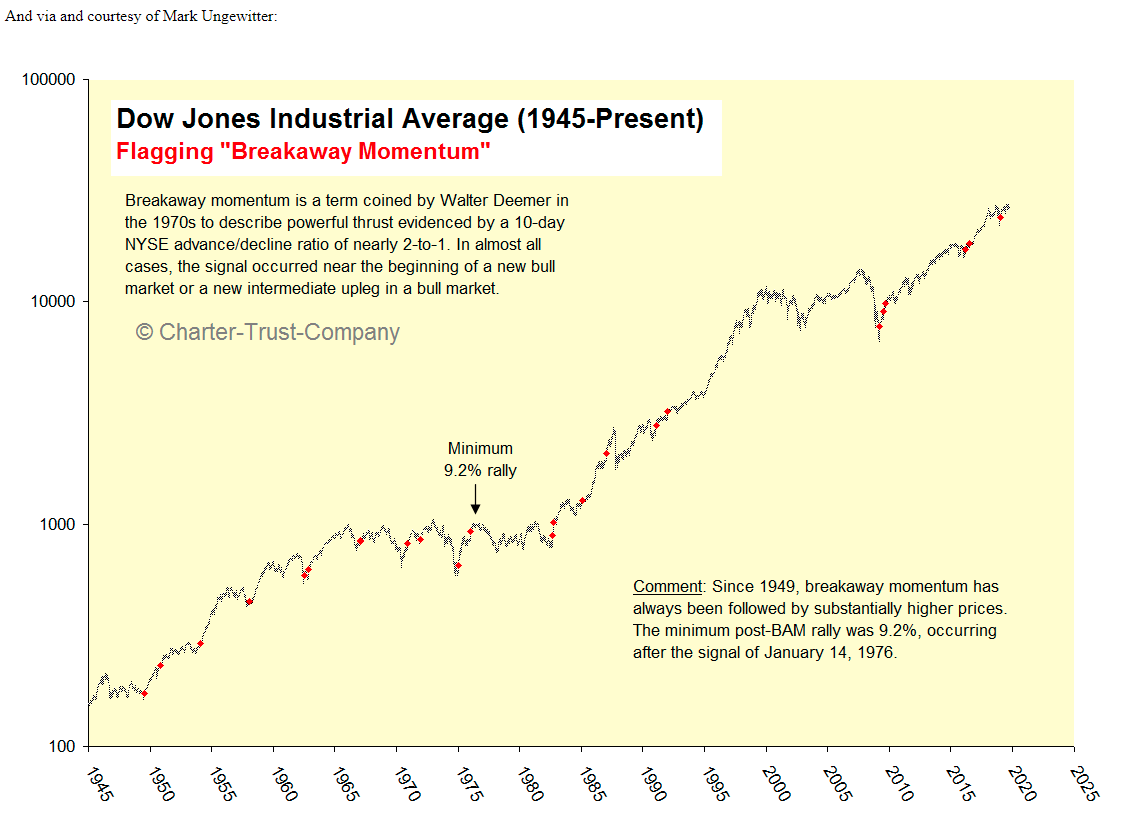 The article from Walter Deemer focuses on the concept of “BAM” (Buy and Hold), which is a strategy that involves purchasing a stock and holding onto it for a long period of time, rather than constantly buying and selling. The author argues that this strategy can be more successful than actively trading stocks, as it allows for better growth potential and eliminates the potential for loss from short-term market fluctuations. The article also discusses the importance of diversification and proper risk management when implementing a BAM strategy. Overall, the article promotes the idea that a long-term, steady approach to investing can lead to greater success in the stock market.

Who is Walter Deemer?

Walter Deemer is a veteran Wall Street analyst, money manager, and market technician with over fifty years of experience in the financial industry. He began his career in 1963 as a research trainee for Merrill Lynch before moving to their Market Analysis Department a year later. In 1966, Walter joined Tsai Management and Research and then went to the prestigious Putnam Management Company in 1970. During his decade at Putnam, Walter headed the Market Analysis Department, served on the Investment Policy Committee, and was promoted to Senior Vice President. In 1980, he established his own company, Deemer Technical Research, which has since provided strategies and insights to institutional clients.

Walter is a founding member and past president of the Market Technicians Association and a founding member of the American Association of Professional Technical Analysts. He has frequently addressed various groups and societies, appeared on the Nightly Business Report, and been a guest on Wall Street Week. He was also the featured technical analyst in “Dean LeBaron’s Treasury Of Investment Wisdom” and one of the analysts featured in “The Heretics of Finance: Conversations with Leading Practicioners of Technical Analysis” by Andrew Lo and Jasmina Hasanhodzic.

Throughout his extensive career, Walter Deemer has been a trusted voice in the financial industry, providing insight and analysis to both institutional and individual clients. His decades of experience and expertise in the markets have made him a respected authority in the field.

The Deemer Breakaway Momentum indicator is a technical analysis tool designed by Walter Deemer to identify potential market reversals. It is an indicator that looks at the 10-day Advance-Decline ratio of a specified exchange (NYSE, NASDAQ, AMEX, or a combination of the three) to determine when the market has achieved “breakaway” momentum. When the 10-day ratio breaches 1.97, it is a signal that the market has achieved breakaway momentum and is likely to reverse direction. Additionally, if the 20-day ratio achieves a 1.72 ratio, even if the 10-day has not reached 1.97, this can also signify a reversal. Strong breakaway momentum is typically only seen at the beginning of strong market moves, such as the beginning of a bull market or the start of an intermediate leg up. This indicator is relatively rare and has only occurred 24 times since World War II, or about once every 3.5 years.