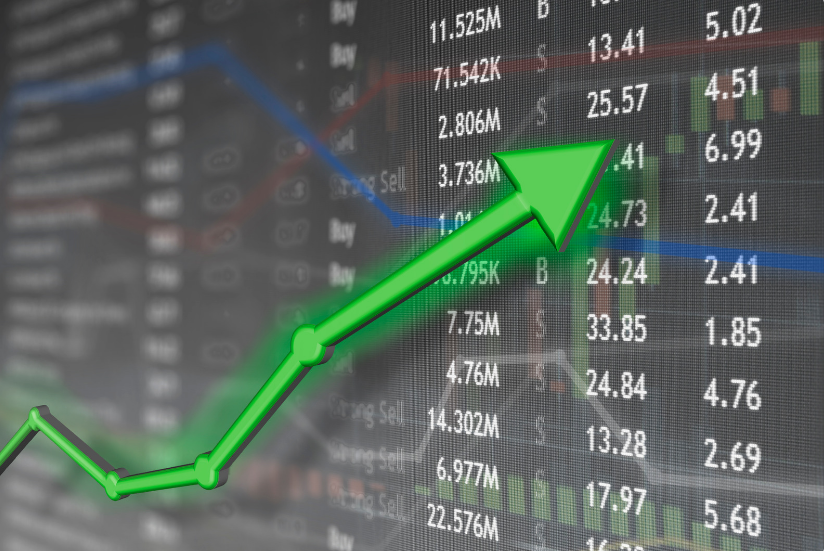 Last Updated on 11 December, 2021 by Samuelsson

If you have come so far in your trading that you rely on backtesting to validate your trading strategies, you definitely are ahead of the masses. Most people haven’t understood that all strategies and patterns they want to trade need to be validated before they may go ahead and risk any real money. However, while validating a strategy by assessing the equity curve might seem like an easy task, there are quite some things you need to know not to get lured by the results. So, what is a good equity curve?

A good equity curve is one that has an even slope, small and short-lived drawdowns, and has a good amount of trades to make the observation statistically significant. It’s also important that the profit and loss isn’t impeccably smooth, since one that appears like a perfectly drawn line indicates that the underlying trading system is curve fit, and unlikely to perform well going forward.

In this guide to equity curves, we’re going to look at how you should assess the profit & loss curves that your systems produce, and what they tell you about the strategy. Although the appearance of the curve on its own doesn’t predict the probability of the strategy working in the future, it tells us a lot of important information about the strategy. It simply is a great tool that shouldn’t be overlooked.

So, in this guide, you’ll learn:

The Metrics We Use To Asses Equity Curves and Strategies 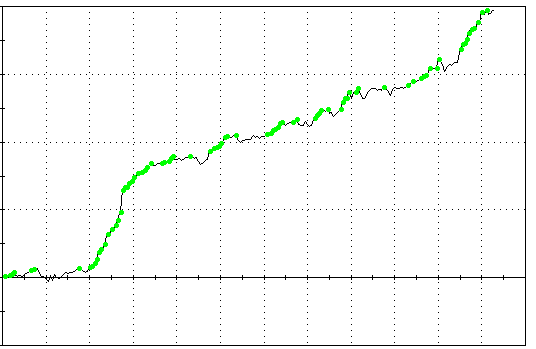 There is an endless amount of metrics you could use when evaluating equity curves and strategies, and we understand that it might be hard to know which ones to focus on. In addition to the common ones like profit factor, average trade, and other similar metrics, you have advanced mathematical ratios and formulas that, according to us, are given more attention then they deserve.

Here are the most important metrics, according to us:

In our strategies, we want to have a profit factor of at least 1,2-1,25, depending on the type of strategy we’re dealing with. In breakout strategies, 1,2 might be on the lower end, but still fully acceptable, if the other metrics of the strategy look okay.

However, in mean reversion strategies we demand a higher profit factor of at least 2, depending on the circumstances. This is something we cover in more detail in our swing trading course

The evenness of the curve

The more even the PnL curve is, the better. It simply shows that the strategy has managed quite well in all the varying market conditions that arose during the testing period, and makes you more confident that it will work well going forward.

This means that you want flat periods to be as short-lived as possible, and that the curve is sloping at roughly the same angle throughout the testing period.

Sometimes you’ll see how the performance of the strategy seems to degrade towards the end of the testing period. In these cases, it could just be that the edge is waning due to unknown reasons. However, many times you’ll find that it has to do with that volatility levels have become much lower in recent times, which reduces the size and profit of most market movements. 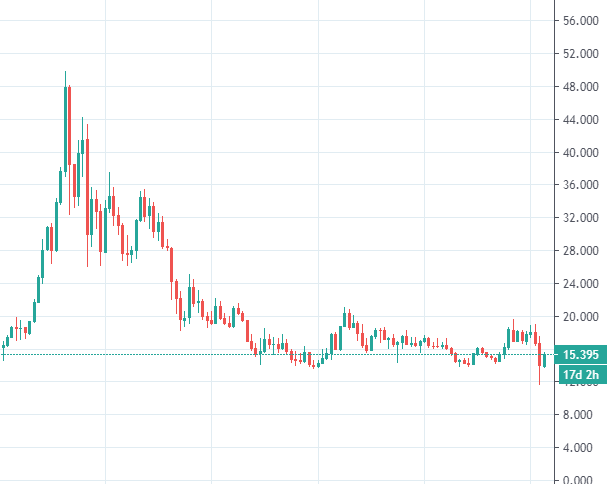 Obviously, the drawdown is one of the most important aspects of an equity curve. We want the profit-to-drawdown ratio to be as high as possible, since smaller drawdowns mean that we can trade more securities and make more money, while still remaining within our calculated risk level.

Now, what a good profit-to-drawdown ratio is depends a lot on the market you trade. For instance, when trading the major stock indexes, a good trading strategy could realistically have an annual ratio of 2-1. However, if you were trading more difficult markets, like lean hogs, then a ratio of 1-1 or even less may be considered great!

The drawdown aspect of the equity curve might seem fairly straight-forward, but there is one aspect you really must take into consideration, that could have a huge impact on your assessment of the strategy. We’re going to look at this in just a bit, under the sub-heading marked “Important”.

The market periods that the curve goes through

If you are testing a trading strategy for the stock market during periods of market crashes, you may be a little more certain that the strategy will cope well with future bearish scenarios. In other words, be sure to include various market conditions in the backtest. It’s no feat to construct an P&L curve that goes straight up in times of very bullish market behavior.

Of course, this applies to all other markets as well. Make sure to know your market, and compare the equity curve to the developments of the market during your testing period.

The Most Common Pitfall: This is NOT a Good Equity Curve 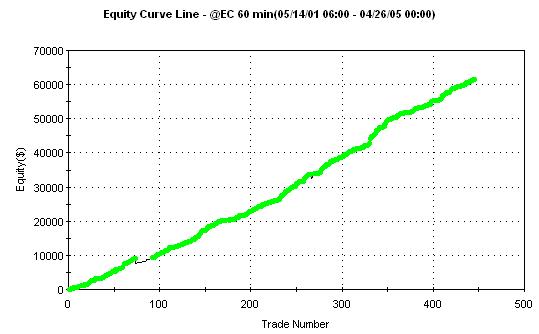 As you see in the conditions we outlined above, we prefer the equity curve to be smooth and show a steady 45-degree slope. That might seem quite uncontroversial, given that everybody is striving to have their returns coming at as regular intervals as possible.

However, having a too perfect equity curve isn’t good either, since it often implies that the strategy has been curve fit!

Curve fitting simply means that you have imposed rules that managed to define random patterns in your data set, rather than true market behavior. And since the patterns your strategy use were random, the future outcome will be random as well. In other words, the chances of it continuing to make new equity highs in the future are quite low, and the most likely outcome is that the strategy will fail miserably in live trading.

In the image above you see a chart where the strategy obviously has been curve fit. The curve goes up seemingly without any drawdown at all. This simply isn’t realistic!

Always make sure to include proper slippage and commission in your backtest. We often see beginning traders backtest strategies that have very small average trade sizes. Therefore, they often have strategies that look great without any transactional costs taken into account, but which fall apart once they are applied.

For example, imagine a case where you’re backtesting a strategy with an average profit of $10 on the ES futures market (S&P500). In that case, the strategy will even result in a negative return once slippage and commission have been accounted for.

What Characterizes a Curve Fit Strategy?

If you ever see strategies with equity curves like the one presented above, you could rightfully assume that the strategy is curve fit and won’t work going forward. This can be especially helpful when looking to buy a trading system, since many fake trading vendors use curve fit equity curves to sell worthless trading strategies to unknowing beginners.

So, here are two signs that a strategy might be curve fit:

Of course, the two points provided above are merely guidelines, and there always will be strategies that work despite contradicting any of the two above rules.

One detail you definitely should know about when it comes to how trades are presented in the backtest, is the difference between mark to market and closed trade equity. Let’s bring them up separately below to make the difference clearer:

In some strategies, the difference between these two methods could be huge. For instance, in mean reversion strategies where you try to catch a falling market, it will often continue to fall for some time before it finally reverses. And since you usually use conditions that get out of the trade when the reversion is complete, you could have endured a big drawdown, which doesn’t show in the equity curve, since you got out of the trade once the market had turned around and you were at a profit.

If you had used a detailed equity curve (mark to market), that intra-trade drawdown would have been visible, meaning that you had got a more realistic view of the market’s action.

Below you see an example of the EXACT same strategy, with the only difference that the first image shows closed trades, while the latter shows the mark to market equity curve. 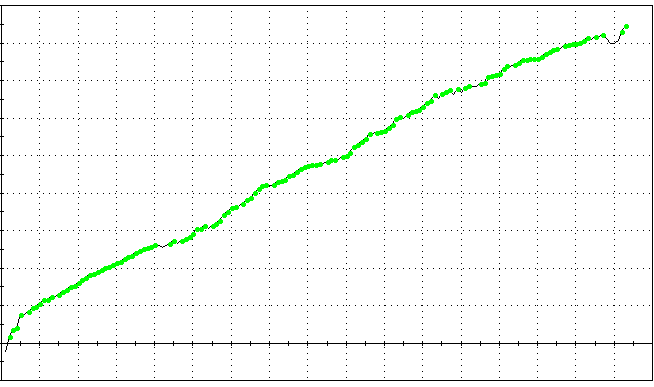 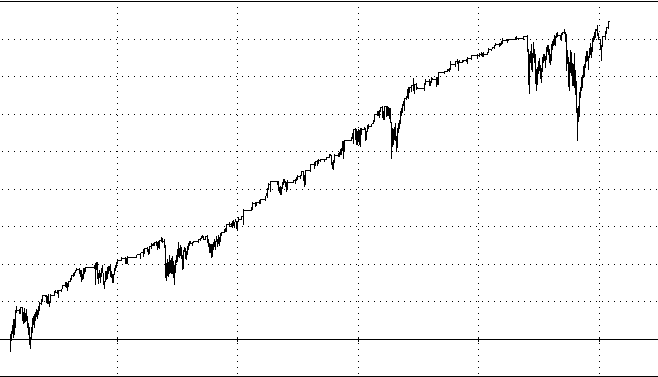 A good equity curve is one that has an even slope, with short and shallow drawdowns, and consistent behavior even in varying market conditions. However, a too perfect equity curve does raise concerns that we’re dealing with curve fit strategies that aren’t likely to continue to perform well in the future.

In addition to the appearance of the equity curve itself, it’s also important to remember that the performance metrics, such as the average trade, profit factor, and profit to drawdown ratio should be strong enough to make the strategy worth your time.

If you want to learn more about trading strategy design or even algorithmic trading, we recommend our articles on those topics. Here they are: