Upside gap two crows is a bearish reversal candlestick pattern that forms in an uptrend, and warns that the trend has come to an end. The pattern consists of three candles, with the first one being bullish and followed by two bearish candles that gap up.

In this guide to the upside gap two crows, you’ll learn everything you need to know about the pattern. We’ll guide you to its definition, meaning, and a couple of trading strategies. 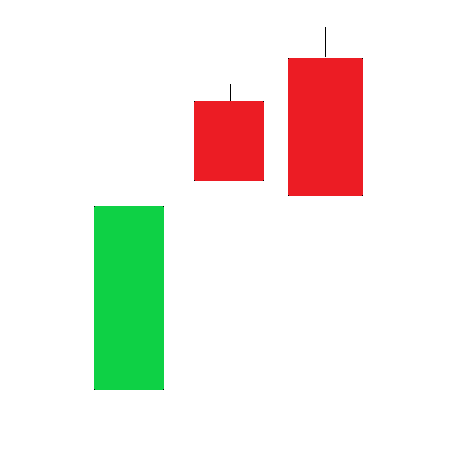 The Upside Gap Two Crows consists of three candles and forms in a bullish trend. Here is the exact definition:

The general view of the upside gap two crows is that it precedes a bearish trend reversal, warning that the current bullish trend has come to an end.

Every candlestick pattern holds its own unique story about the forces that shaped the market. And while it may be hard to know exactly what happened, watching and analyzing price data is a great exercise to improve your understanding of the markets.

As the market comes from a bullish trend, market sentiment is mostly bullish. This means that there is a lot of buying pressure, which in turn pushes the market higher, forming the first bullish candle of the pattern.

The bullish sentiment spills over to the next trading session, as the market opens with a big positive gap.

However, bears are getting exhausted from having pushed the market up for an extended period of time. This becomes evident quite quickly, as the market heads down headfirst and finishes the candle in negative territory, despite the initial positive gap.

However, bulls haven’t given up just yet. The remaining bullish market players make a last attempt to push the market upwards, resulting in the subsequent positive gap.

Here follows a real example of the pattern: 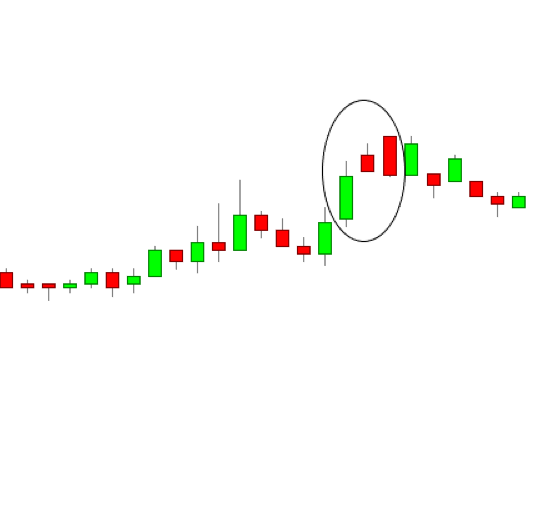 How to Trade the Upside Gap Two Crows

While many new traders would try and short the markets immediately after learning about a pattern like the upside gap two crows, that’s far from a good idea. Most candlestick patterns need to be used together with other forms of technical analysis to confirm that a certain price move really is likely to happen!

So, let’s take a closer look at some ways you can make the upside gap two crows worthwhile in your trading!

One way to ensure that the market is about the turn around as it forms a bearish reversal pattern, is to see if it’s overbought. Quite a lot of markets, and in particular stocks, show quite strong mean-reverting tendencies. This means that they perform exaggerated moves in either direction which are then corrected by a move in the opposite direction. As a result, these markets tend to become overbought, meaning that they have gone up so much that they soon will turn around.

So how do you define when a market has gone up too much?

Well, there are some ways that are more common than others. Let’s take a look at the two most common methods.

Another powerful method is to use volume conditions, which give us a better view of what’s happening inside the market.

For example, if the volume of a market increases, it shows that more transactions were there to back up a move, which becomes more significant at least in theory.

Having had a look at volume and overbought markets, we’ll now go on to trading strategies that rely on the bullish upside gap two crows.

Just remember that these strategies need to be applied to the right market and timeframe to stand a chance. Despite what many believe, all candlestick patterns aren’t universal in the sense that they work on any market or timeframe. Quite on the contrary, you have to focus on the markets and timeframes that work best with your pattern, to improve your odds of success!

With this said, you’ll be introduced to two example strategies below. Both are great examples of how we would go about to start building a trading strategy consisting of the upside gap two crows.

Earlier in the article, we had a look at using volume conditions to improve the two crows pattern. However, the conditions we covered were quite generic, so in this strategy example, we’ll instead try to create some special conditions with the anatomy of the upside gap two crows in mind.

We’ll demand that the last bearish candle was formed with much more volume than the first bullish candle. If the condition is true, we assume that the market is getting more bearish, since it fell even if a lot of transactions took place.

To exit the trade, we wait for 5 bars. 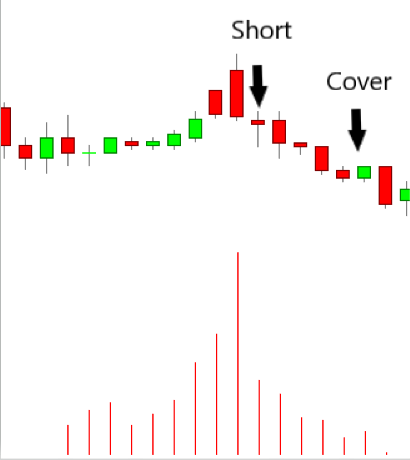 One way to define that a market has become overbought, is that it trades above the upper bollinger band.

Bollinger bands is a trading indicator that consists of a moving average, around which one line is drawn on either side, 2 standard deviations away. This way the outer bands contract and expand with the changes in volatility

Now, since a market that’s overbought is more likely to turn bearish, we’ll require that the upside gap two crows is formed above the upper bollinger band.

In other words, the rules to go short become:

Then we once again exit the trade after 5 bars. 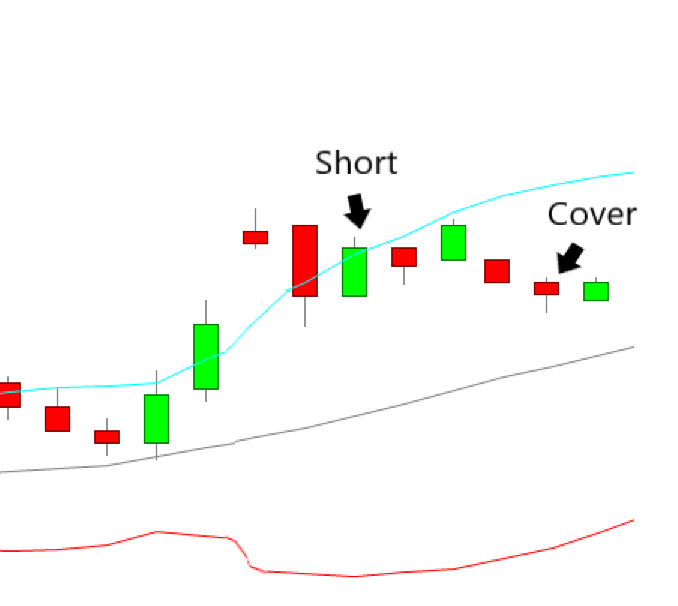 In this candlestick pattern guide, you’ve got to learn the definition and meaning of the upside gap two crows. You’ve also learned some powerful techniques to filter out bad trades, involving volume and overbought conditions.

Now, learning candlestick patterns and their traditional meaning won’t be enough to become a profitable trader. Instead, you’ll have to learn to analyze the markets yourself to come up with what works and not.