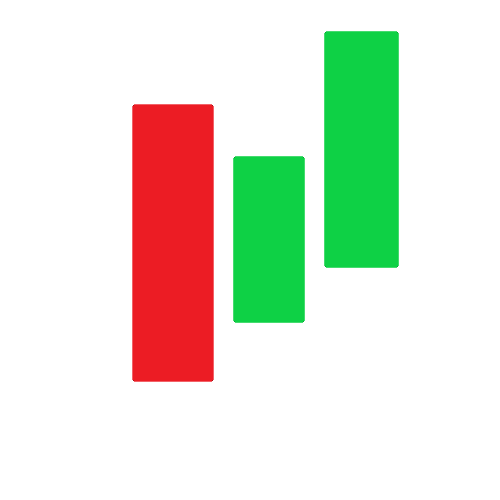 Candlestick patterns have gained incredible popularity among many traders in their quest for above-average returns. There are many candlestick patterns that claim to predict bullish or bearish market moves. One such pattern is the three inside up:

The three inside up is a bullish reversal pattern that occurs at the end of a bearish trend. It consists of three candles, with the first two candles forming an inside bar that’s followed by a bullish breakout.

This guide will cover everything you need to know about the three inside up, such as its meaning, definition, and how you may go about to improve its performance. In addition to this, we’ll also look closer at some trading strategies that you may take inspiration from.

Three Inside Up Definition and Meaning

The three inside up consists of three candles with the last candle breaking out above the high of the pattern. Here is the exact definition:

The general view of the three inside up is that it’s a bullish reversal pattern that signals that the market is about to turn bullish.

What Does a Three Inside Up Tell Us About the Market?

Of course, knowing exactly what happened is close to impossible. Still, we’ll learn a lot just from trying to analyze and watch the markets. In fact, we’ve come up with many trading strategies this way!

Let’s see what a three inside up may tell us about the market.

As the market comes from a bearish trend, a majority of market participants are bearish on the market and believe that it will continue down for even longer. As such, selling pressure is high, and makes the market form the first bearish candle of the pattern.

However, the next day bears seem to have gotten depleted of their energy in the preceding bearish run. Bulls stand ready to take the chance that’s thrown at them and manage to make the market perform a bullish gap. During the rest of the day much doesn’t happen, and the market closes within the range of the previous candle.

The fact that bulls had the stamina to not give in for the bearish forces that wanted to push the market below the low of the previous candle becomes a major sign of strength. However, it’s not enough to assume that bears have given up just yet.

Regardless, it doesn’t take long before most market participants realize that the trend has reverted, as the market closes above the high of the previous two candles, which is a major resistance level.

Three Inside Up Example

Here is a real-world example of the pattern: 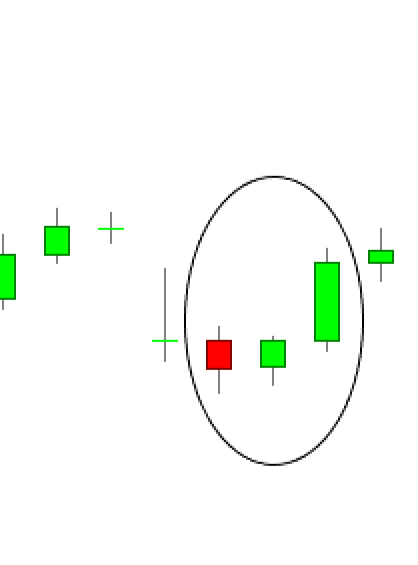 Three Inside Up Example

How to Trade the Three Inside Up

While many new traders would try and apply the three inside up to their market as soon as they’ve learned about it, this isn’t a good idea at all! Of all candlestick patterns out there close to none is worth trading in its raw form. You need to add conditions or filters that remove some of the false trades, and make the pattern worthwhile. You also have to ensure that you trade a market and timeframe where the pattern works well. We recommend that you use backtesting to determine where the pattern works.

Having all this said, we’ll share two powerful techniques that have helped us tremendously over the years, and that are part of many of the trading strategies we trade right now.

In most markets, there are some types of seasonal or time-based tendencies. In short, this means that there are times when a market is more bullish or bearish on a recurring basis. And this is something we like to take advantage of.

For instance, we may be more inclined to act on a three inside up that forms at a time when we know the market usually turns more bullish.

Usually, this is where we look for seasonal or time-based tendencies:

Markets like stocks and equities have some quite strong mean-reverting tendencies, meaning that they have a tendency to perform exaggerated moves that are corrected through a move in the opposite direction.

As the three upside up is a bullish reversal pattern that should form in a bearish trend, we may assume that the pattern performs better if the market is oversold.

So how may we define an oversold market?

Three Inside Up Trading Strategies

Having covered some ways you may improve the pattern, we now wanted to give you some practical examples of what a trading strategy could look like.

Just remember that while these are provided as examples, they shouldn’t be regarded as ready for live trading. Instead, draw inspiration from what we’re going to show you, and try to come up with your own conditions and strategies!

Trading Strategy 1: Three inside up and volume condition

Volume can have a significant effect on the performance of different patterns. Traditionally, high volume is regarded as a sign that a certain market move is more significant.

In the case with the three inside up, we might want to demand that the last, bullish candle forms with higher volume, since it would suggest that the market was more keen on performing bullish moves than bearish.

Then we wait for 5 bars to exit the trade. 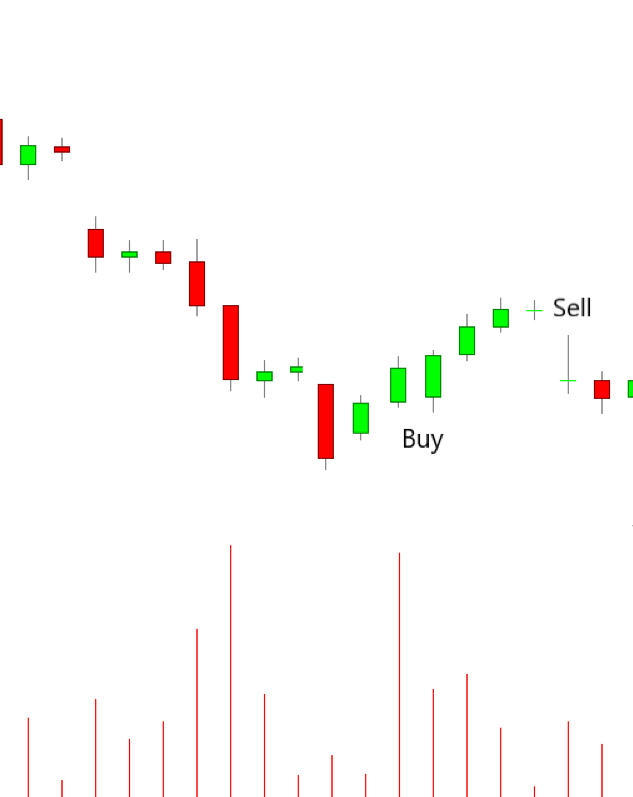 Three Inside Up Trading Strategy

Trading Strategy 2: Three Inside Up and Breakout Distance

One common approach to mitigating false breakouts, is to add some distance to the breakout level. And since we easily can regard the three inside up as a breakout pattern, as it breaks out over the high, this is applicable to the pattern too!

We’ll simply demand that the last candle closes above our breakout level, which is the high of the pattern plus half the average true range.

Thus, the conditions to enter a trade are:

Then we wait for 5 bars to exit. 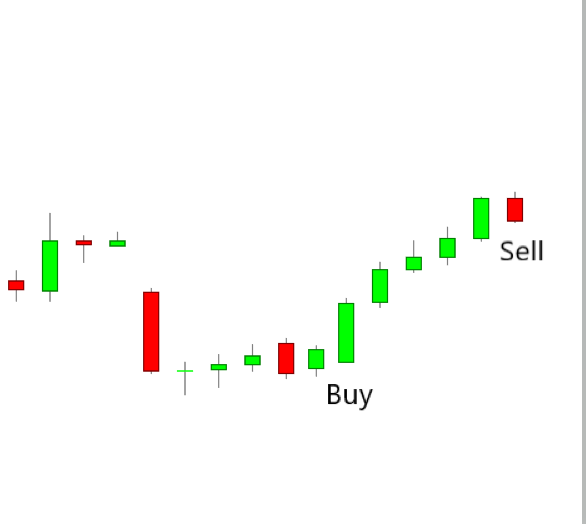 Three Inside Up Trading Strategy

In this guide, you have learned the most essential facts about the three inside up and how it’s used.

Just remember to always validate the pattern you want to trade, to ensure that they work with your market! As we stated earlier, this is best done with backtesting.

For those who are interested in reading more about profitable trading, we recommend that you take a closer look at ourguide to swing trading or algorithmic trading!