Reversal Effect in International Equity ETFs. Some studies — starting with DeBondt and Thaler (1985) — have established the existence of “winner-loser reversals” in the U.S. equity market. However, the interpretation of this reversal effect is less clear. It has been argued that the effect may be a result of methodological problems and that the return differentials may primarily reflect differences in risk.

Later, Richards (1995) also found the winner-loser reversals in national stock market indices. But the key question the paper set out to address was whether or not the findings of large return differentials over periods of several years are compatible with market efficiency. The paper explored this finding using data for the return of equity indices of 16 national markets for the period 1970-1995.

Before we go further to explain the findings in the paper, let’s first understand what the “winner-loser” reversal effect means.

What does the winner-loser reversal effect mean?

The winner-loser reversal is a phenomenon observed in the equity market whereby stocks that have been “losers” in a given ranking period are likely to subsequently yield higher returns than the corresponding “winner” stocks.

In fact, some claim that the price reversals for losers are more pronounced than for winners. Whatever the case, the winner-loser reversal has been shown to exist in stocks, and Richards (1995) not only shows that it exists in national stock market indices but also tries to explain it.

The paper has shown preliminary evidence for winner-loser reversals in national stock market indices: equity indices that have been “losers” in a given ranking period are subsequently likely to yield higher returns than the corresponding “winner” indices.

While the differences in returns are striking, the explanation is not easily clear as the results could be subject to methodological problems, while the return differentials primarily a reflection of the differences in risk. However, let’s look at the research findings.

Richards used data for the returns of equity indices of 16 national markets for the period 1970-1995 to establish the evidence for winner-loser reversals in national stock market indices. They found that reversals are strongest around the 3-year horizon where test-period return differentials have averaged more than 6% per annum since 1970.

Their findings are similar to the works of Poterba and Summers (1988) and Cutler, Poterba, and Summers (1991), which showed that excess returns on national market indices display negative autocorrelation or can be predicted by dividend yields. However, the results differ because winner-loser reversals indicate negative autocorrelation in returns relative to other markets, which is similar to the findings of Balvers, Wu, and Gilliland in their paper — “Stock Markets and Parametric Contrarian Investment Strategies” — that showed strong evidence of mean reversion in relative stock index prices, with a half-life of three to three and half years.

This, therefore, suggests that earlier findings of mean-reverting behavior in national markets are not likely due to a common mean-reverting world component.

While the paper has explored different potential explanations for reversals in the relative performance of national stock markets over the test periods, which spanned over several years, many factors made it difficult to arrive at a satisfactory explanation.

One of those is the relatively small number of countries; the paper focused on 16 countries only. Other factors that potentially made it difficult to distinguish between these possible interpretations include the short data sample, the possibility of imperfect integration of markets, and the lack of a generally accepted asset pricing model.

However, given that researchers still differ in their assessment of the causes of price-based anomalies in the equity markets, the absence of a specific explanation for the winner-loser reversals in national market indices is not surprising. Nonetheless, if we assume that national markets are sufficiently open to allow international investors to remove any incipient mispricing, winner-loser effects would indicate market inefficiency, unless the concept could be explained by differences in risk exposures.

But that is not the case, as the major result of the paper is the absence of any support for the idea that the reversals might reflect risk differentials. There is no evidence to suggest that test-period returns of prior losers were significantly riskier than those of prior winners — whether it’s in terms of their correlations with the world market return or other risk factors, their standard deviations, or their performance in adverse states of the world.

But there is evidence to suggest that winner-loser reversals were larger among the smaller markets than the larger markets; hence, there may be an element of a “small-country effect,” which may be attributed to some form of market imperfection. So, one may say that the reversals remain largely unexplained.

Another possible interpretation of the results might be that reversals are the result of cross-border equity flows that are insufficiently significant to remove mispricing, which may be due to investors’ fears of expropriation or capital controls. But for this explanation to be acceptable, it should be expected that any apparent profit opportunities will be eliminated if markets become more integrated and cross-border holdings increase. The preliminary evidence for this view is that, from observations, the contrarian strategy would have yielded below-average returns near the end of the sample period. Interestingly, some more recent papers identify this anomaly.

Furthermore, there may be other possible but indirect explanations, as follows:

Factors that affect the speed of reversal

Their results of this research and other research on stocks suggest that the speed at which equities revert to their fundamental value is affected by many factors, and this could affect equity indices. Some of these factors include:

It is believed that the speed at which equities and, in turn, equity indices revert is higher during periods of high economic uncertainty, irrespective of the cause of the uncertainty. Thus, when the economy is not in good shape, the reversal effect is expected to be more common.

Geopolitical events such as elections and regional crises can cause economic uncertainties which can affect the speed with which these securities revert to their mean.

Natural disasters, such as earthquakes and flooding can affect economic stability and affect the speed of winners-losers reversals.

Social and economic events that affect the stability of the economy can affect the speed of reversals. During periods of high economic instability, the speed is higher.

How about the risks?

As we earlier stated, the key finding of the paper is the absence of any support for the notion that the reversals might reflect risk differentials because there’s no evidence that test-period returns of prior losers were significantly riskier than those of prior winners in terms of their standard deviations, their correlations with the world market return or other risk factors, or their performance in adverse states of the world.

However, Richards found that the average annual test-period return to the contrarian strategy is estimated to be larger for the smaller markets than for the larger markets (7.7 versus 4.6 percent), but the difference is not significant because of the wide confidence intervals obtained with less diversified portfolios. While the larger test-period reversals in the smaller markets may not be surprising in light of their greater return volatility, it suggests that smaller markets are subject either to greater differences in risk or to larger market imperfections.

It could be that the smaller size of these markets, as well as the larger falls experienced by losers, increases the probability of some form of capital controls, expropriation, or other “non-survival” in loser countries, and thus, increases their required rates of return. However, the problem here is that the larger return to the contrarian strategy in small markets is due primarily to the behavior of the small winners rather than the small losers.

Additionally, when small losers are subject to survival risk, test-period returns in such markets would presumably be especially sensitive to world market returns and other risk factors that affect survival. To test this, Richards examined the risk exposures of portfolios of small losers and large winners. The results suggest that small losers were not riskier than large winners, which implies that imperfect integration or some other form of market imperfection may instead be the cause of the larger reversals observed in smaller markets. Whatever the case, note that reversals were also observed in larger markets, so they cannot be considered to be a small-market phenomenon only.

By and large, there is no evidence that returns to the loser portfolio were riskier than returns to the winner portfolio either in terms of standard deviations, covariance with potential risk factors, or performance in adverse states of the world. So, a simple risk-based explanation for the winner-loser reversals cannot be given. However, it’s possible that other risk factors may have been at work. Examples of such risks include the possibility that capital controls or expropriation were judged to be more likely in loser countries; however, such “peso problem” ideas are essentially impossible to test.

Why should you care about the reversal effects in international equity ETFs?

As a trader, there are many reasons why the findings of this paper should concern you. These are some of them:

How to apply this reversal effect in your trading

Applying this reversal effect in your trading may not be that straightforward. But here are a few things to consider:

This paper focused on international ETFs, so let’s look at how you can create a simple ETF trading strategy:

You buy the ETFs that have been performing poorly over the last 3 years but have shown a rise in momentum over the last month. Keep your position until the new upward momentum drops.

On the other side, you short ETFs that have been performing very well over the last 3 years but have shown a huge decline in momentum over the last one month.

Richards has shown that the winner-loser effect also exists in international equity ETFs. Even though the effect could not be linked to risk differentials, it can still be exploited to improve trading results, especially when trading ETFs. 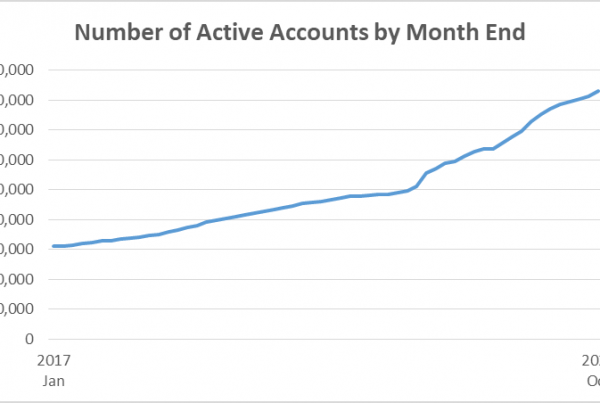 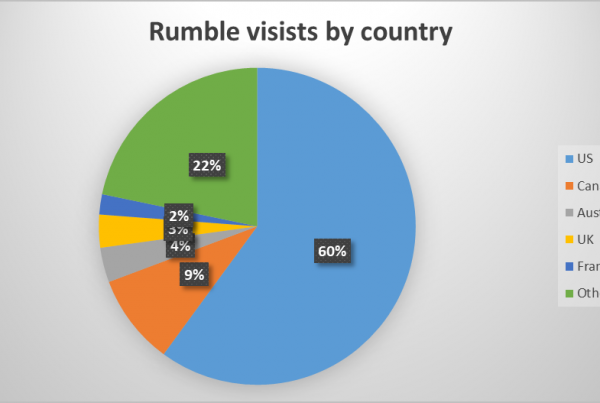 Rumble User Stats: How Many People Use Rumble? (January 2022)