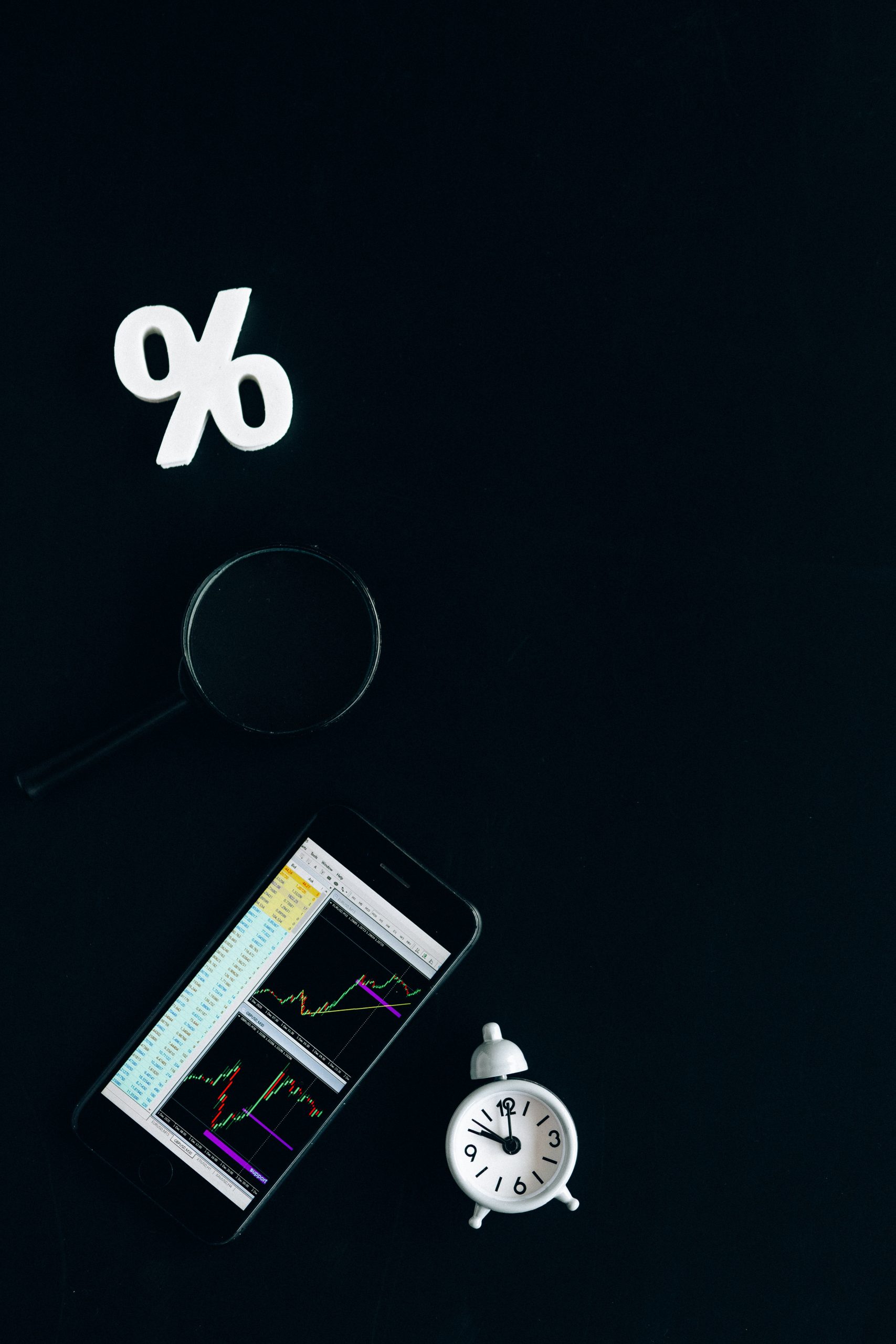 Yes, algorithmic traders do make money, but most of them fail to do so. Trading is very hard, whether it is discretionary or algorithmic, and you need to put in a lot of hours to master the skills and stand a chance of making money. You should know that trading is not as easy as it is presented in mainstream media sites.

Who are algorithmic traders and what do they do?

As you already know, algorithmic traders, or algo traders, are traders who have automated their trading analysis and execution processes. They achieve this by running a script on their computers that execute their trades according to their written rules. Being a hands-off approach to trading, algorithmic trading affords the trader enough free time to do other things.

However, algo trading still involves a lot of work, except that the work is no longer about analyzing the markets, placing orders, and closing them. Instead, algo traders’ work is in the areas of market research, finding some trading edges, writing scripts to take advantage of the trading edges, backtesting the strategies, checking for their robustness, and setting them up to trade. Even after the trading algos are set up, the trader will have to keep checking the system from time to time to be sure that everything is running fine.

Nevertheless, algorithmic trading offers a lot of freedom compared to discretionary trading. The computer program takes care of the market analysis, scanning the market for trade setups that meet the rules written in their scripts, and executes trades when qualifying trade setups occur. With the algos running, all the trader does is periodically check the system to be sure it runs smoothly.

The most difficult part of algo trading is researching to find trading edges, developing new trading strategies from the edges, and writing the scripts. Successful algo traders learn how to code in the language of the trading platform they are using to trade and tend to love market research a lot. Trading ideas can come from anywhere — fellow traders, things you read online, spur of the moment, etc. It is your job to develop this idea and code it, after which you backtest it to know if it has any merit and, then, test its robustness before bringing it to live trading.

Related reading: Can You Make Money With Automated Trading

How do algorithmic traders make money?

With the algorithmic trading approach, the one thing a trader needs to get right to make money is developing a robust trading strategy. To determine when the computer should enter and exit a trade, the trader must write a set of commands based on the rules that have shown to have an edge in the market. What we mean here is that the rules actually have been objectively proven to have worked well in the past.

This is the basic aspect of creating a reliable trading strategy. So, it might appear strange that anybody would trade strategies that have not been proven to generate profits in the past or even that have yielded losses in the past. But it is mainly a problem with some new traders, who assume that they may make out what works, and what doesn’t, using their common sense and intuition without doing the necessary research to find a proven edge. Poor trading strategies are the one biggest reason why as many as 95% of all traders lose money!

Now that we have seen what algorithmic traders do to develop profitable trading systems that make them money, let’s take a look at some of the most popular trading strategy categories. They include the following:

Also known as the momentum strategy, a trend-following strategy tries to ride the impulse price swings along the direction of the trend. Traders use different criteria to determine what constitutes a trade and code their scripts accordingly.

These are strategies that are specific to individual markets and they depend on the market’s tendency at that time.

How much do algorithmic traders make on average?

However, for most algo traders, the profit margin tends to be around 1-3 times the size of the trader’s acceptable drawdown. What this means is that if a trader uses a 30% maximum drawdown, with the right strategies, he or she is expected to be making about 30-90% in returns. This return is quite impressive considering that most discretionary traders don’t make half of that if at all they make money.

Why algorithmic traders can make more money than discretionary traders

There are many reasons why we believe that algorithmic trading is more profitable than discretionary trading and the better choice for you if you are willing to give it a try. These are some of them:

You know the odds of your trades

In algorithmic trading, everything is backtested and even forward-tested so you know the odds of your trading edge and can plan your capital allocation accordingly. As an algo trader, you don’t just guess your trades as does the average discretionary trader, who usually relies on guesses when considering how certain patterns should perform.

Rather, you rely on historical backtests to evaluate the profitability of the trading edge and can go ahead to maximize the chances that they will continue to work in a real-time market environment by forward-testing it. Based on this, it doesn’t come as a  surprise that algorithmic traders make more money than discretionary traders if at all they do.

Algorithmic trading systems run as long as the markets are open, which is of great advantage, especially when trading some markets like gold where there are multiple sessions around the world. This enables you to make more trades and increase the chances of winning.

It is even possible to have strategies that trade different sessions in the same market, to take advantage of how the market behavior changes throughout the session. This concept works for global commodities (such as gold), which, depending on what part of the world is currently trading it actively, may behave very differently.

Automated execution for all strategies

With the discretionary approach, trading multiple trading styles — scalping, day trading, swing trading, and position trading — at the same time is nearly impossible, but with computer programs taking the trades, it is now very much possible. Moreover, apart from being a convenient solution, it comes with quite some great advantages. Perhaps, the biggest advantage is that you avoid many of the mistakes that are common in discretionary trading, such as the difficulty in handling several price charts at the same time, which can result in erroneous orders (big finger effect) or poor trade management.

Definitely, there will be hiccups in algo trading, and there will be instances when your computer, your internet connection, or the broker messes things up a bit. But with some monitoring, this will just be a minor concern because most trading algos generally run smoothly. You can stay for six months without any significant hitch.

The emotional and psychological stress associated with trading is one of the most challenging aspects of any trading style. Trading emotions can seriously affect discretionary trading. It is not uncommon to see discretionary traders struggle with placing the next trade or adhering to their set rules when they have a significant drawdown that is still below their preset maximum levels.

Easy to diversify across strategies, markets, and timeframes

Algorithmic trading makes it easy to diversify and, thus, reduce risk. With the computer executing the orders for you, you can expand your trading into more markets, timeframes, and strategies, which make for better risk management.

For example, it is possible to have your algo system trading gold, crude oil, market indexes, or stocks, all at the same time. So, if one or two of these markets behave strangely at one time, the others may be in profit and make up for those losses, which is why algo traders try to learn different algorithmic trading strategies.

At the Robust Trader, we trade as many as 100 strategies across different markets at the same time, so each strategy only risks a small portion of the capital, which makes it much safer for us. 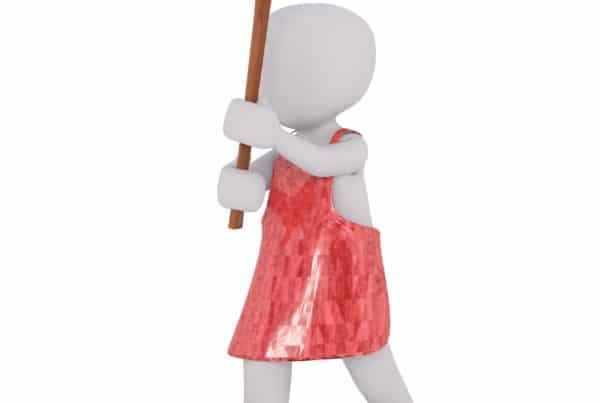