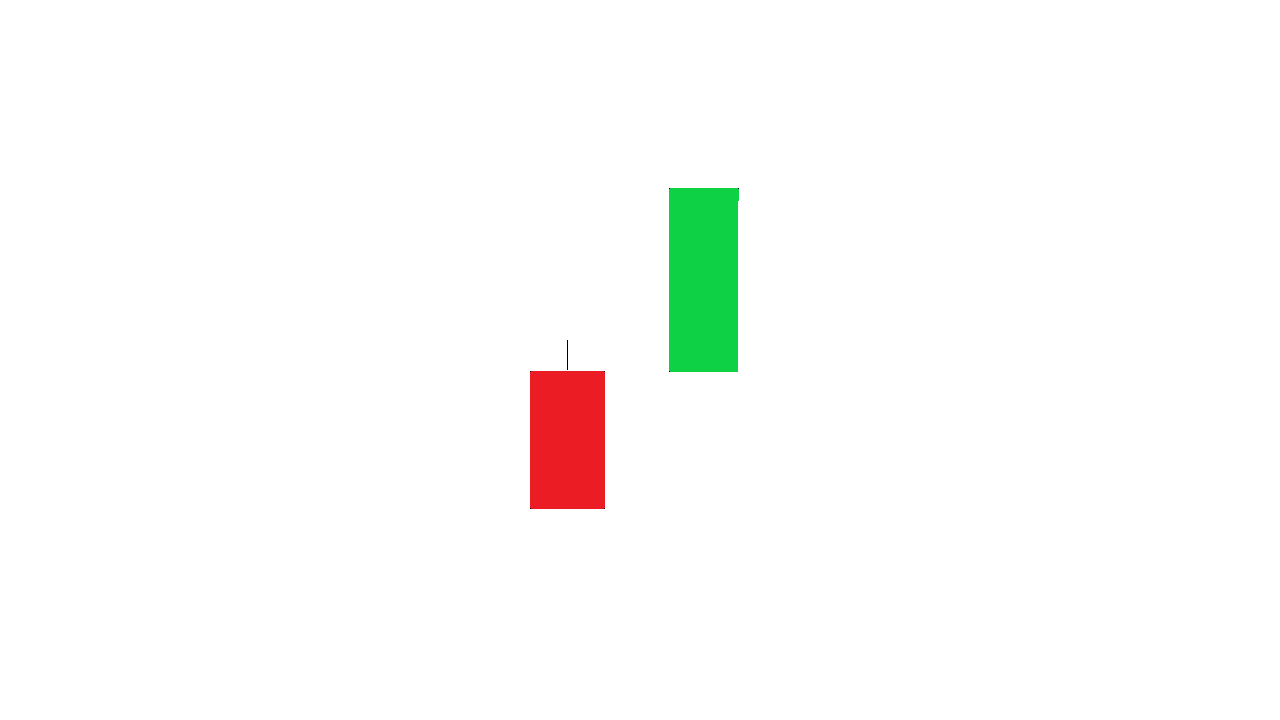 Last Updated on 17 December, 2021 by Samuelsson

Candlestick Patterns have become some of the most popular tools when it comes to analyzing the movements of a market. One candlestick pattern is the bullish separating lines.

Bullish separating lines is a two candle bullish continuation candlestick pattern that forms in the middle of a bullish trend. It signals that the current bullish trend is about to continue after a temporary pullback.

This guide to the bullish separating lines will teach you everything you need to know about the pattern. We’ll cover its definition, meaning and how you can improve the pattern, together with some example trading strategies. 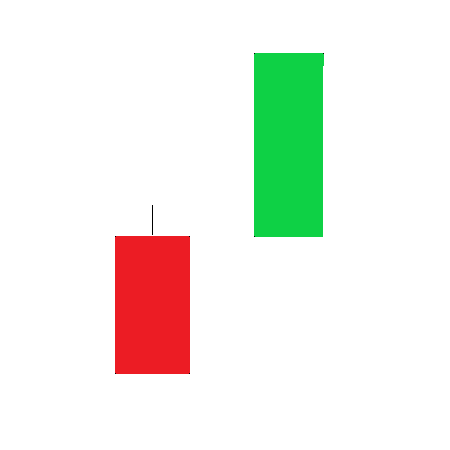 The bullish separating lines pattern consists of two candles, with the first being bearish and the second bullish. Here is the exact definition:

The most common interpretation is that a bullish separating lines signals that the current bullish trend is about to continue, following a small pullback.

What Does a Bullish Separating Lines Tell Us About the Market?

As with every candlestick pattern, the bullish separating lines tells us a lot about the forces that formed the market action. And as traders, this is something that we’re very interested in!

Let’s have a look at what the bullish separating lines tells us about the market!

The market is in a bullish trend, and while it seems strong, we begin to see some signs of abating bullish strength. As bulls lose grip of the market, sellers take the opportunity to push the market lower.

However, as most market participants are aware of, pullbacks are natural parts of any trend, which makes a lot of people stand ready to get into the market as soon as it shows some signs of strength.

As the market suddenly gaps up and opens around the open of the previous candle, we get a sudden but effective signal that the bullish trend is going to continue. With most market participants waiting for this signal, a flood of buy orders hit the market, which in itself ensures the continuation of the bullish trend.

Here follows an example of the pattern: 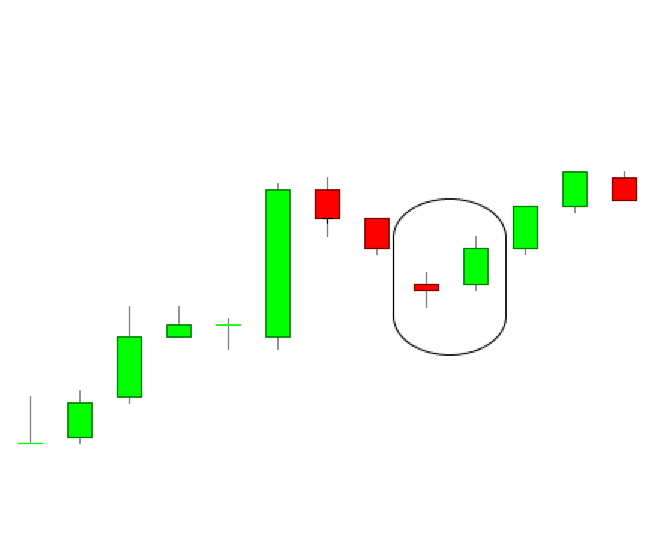 How to Trade the Bullish Separating Lines

Many traders believe that if they just read enough about different patterns, they’ll be able to trade profitably with once.

However, what most traders will realize with time, is that candlestick patterns aren’t enough on their own to take a trade. It’s essential that you add other types of technical analysis to support your observation and prediction of where prices are headed. In addition, you’ll have to ensure that you apply the pattern to a market and timeframe where it makes sense, which is best discovered with backtesting.

Having said this, we want to show you some of the methods that have helped us tremendously in our own trading strategies.

Many markets show seasonal or time-based tendencies, which we may take advantage of.

In short, it means that a market tends to be more bullish or bearish at certain times, on a recurring basis. For example, we could be talking about certain weekdays, days of the month, or even specific months that show strong seasonal tendencies.

Here is what we typically look at with regards to seasonality:

Time Since Last Peak or Bottom

Sometimes you may want to know how long it was since the market performed a significant peak or bottom. In essence, you’re measuring how long the market has gone without advancing in any direction.

Now we have had a look at two potentially powerful ways to reduce the number of false signals with the bullish separating lines pattern. To continue on the theme of improving the pattern, we’ll now cover two trading strategies that make use of it.

The strategies below are great examples of how we would go about to try and build a trading strategy. However, while they certainly serve well as inspiration, they aren’t ready to be traded live!

Sometimes volume can be of great help in a trading strategy, since it helps us notice when the big players are entering or exiting the market.

Generally, a candle is considered more significant if it’s formed with high volume. And due to this, we’ll require that the second bullish bar was formed with at least twice the volume of the first bearish bar.

In other words, the conditions to go long are:

To exit the trade, we’ll just wait for 5 bars.

Another great way to measure the significance of a market move is with range.  If a candle has a big range, is simply means that market forces managed to move the market quite a distance, which in itself signals strength.

Now, the bullish separating lines is quite a special pattern considering that it contains a gap that’s bigger than or equal to the first candle’s range. In other words, bulls have to push the market quite a bit if they are going to cover the whole distance of the first candle. As such, the pattern actually turns more bullish if the first bearish candle has a big range!

However, what’s bullish too, is if the second candle is big as well.

This is why we’ll require both candles to be bigger than the average true range.

And then we simply exit the trade after 5 bars. 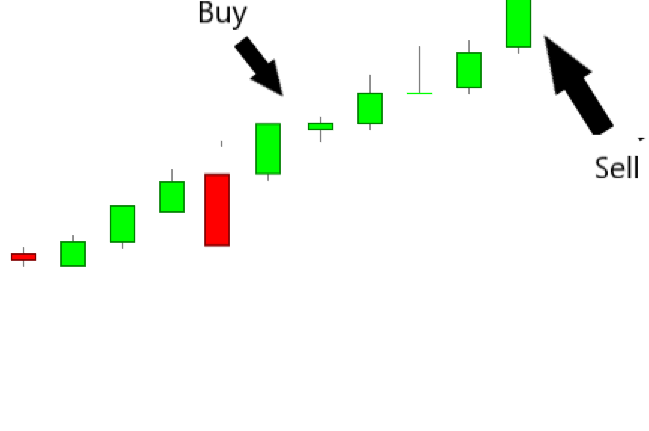 Now that we have come to the end of the article, we would like to give one final piece of advice.

Be sure to validate everything before you trade it live. That way you will avoid trading a lot of things that don’t work at all.