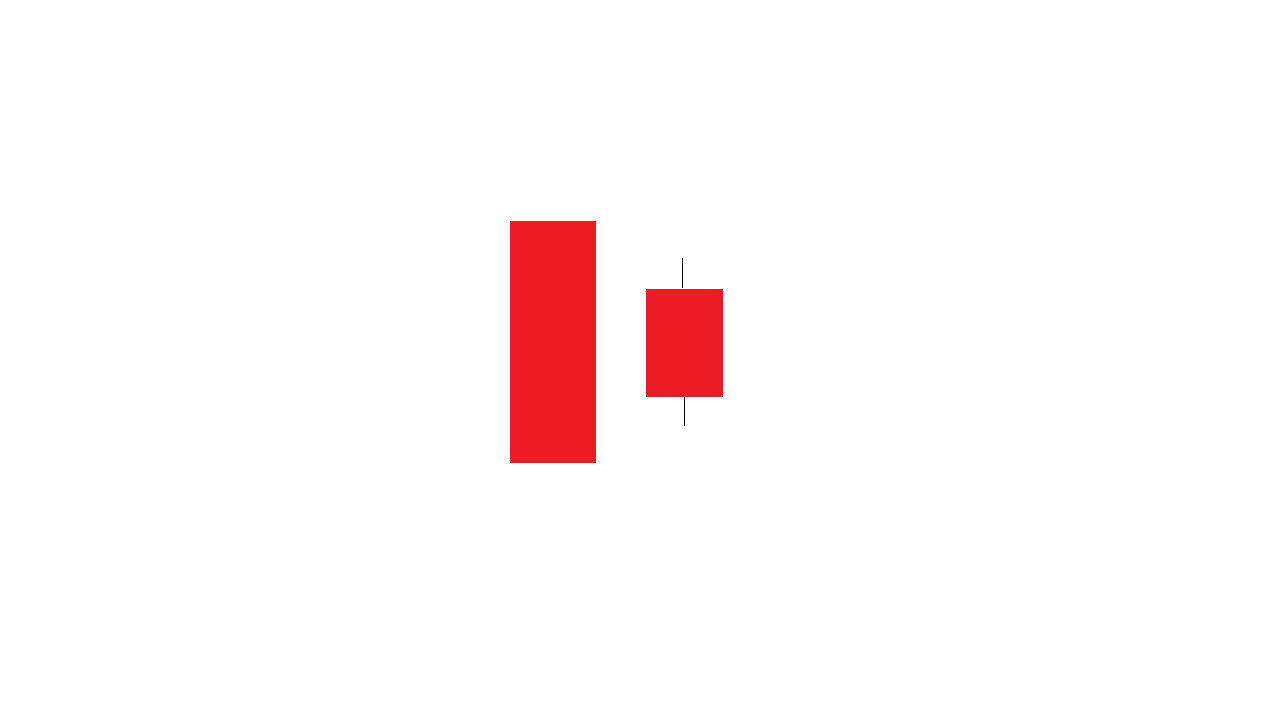 Candlesticks have gained a lot of popularity among new traders and form a lot of patterns that are believed to predict the future moves of the market. On such pattern is the bullish homing pigeon.

The bullish homing pigeon is a two candle bullish reversal pattern that occurs at the end of a bearish trend. Both candles are negative, but the second candle is confined within the range of the previous candle.

In this guide to the bullish homing pigeon, we’ll have a closer look at the pattern. You’ll learn its meaning, definition, and how to improve it for your own trading. 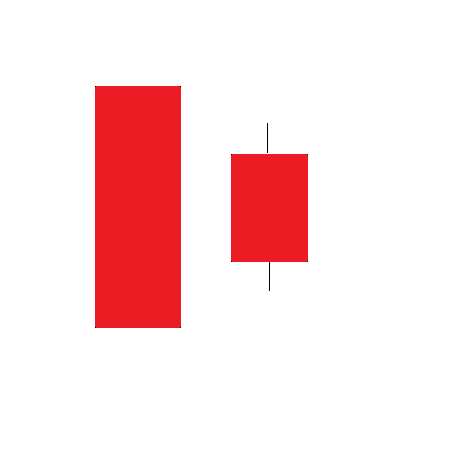 A bullish homing pigeon consists of two bearish candles, and forms in a downtrend. Here are the conditions that have to be met:

The common interpretation of the pattern is that it signals an imminent bullish trend reversal.

If you have heard of the bullish harami pattern, you may have noticed that the two patterns are close to identical, both in meaning and appearance.

However, the difference lies in that the second candle of a bullish harami is positive, while it’s bearish for a bullish homing pigeon.

Bullish Homing Pigeon: What Does it Tell Us About the Market?

As all candlestick patterns have unique shapes, they tell us quite a lot about the forces that formed the market’s movements. And since we’re traders, we’re highly interested in discovering the inner workings of the market’s to gain a real edge.

Now, it might be close to impossible to know what begot a certain price move. However, you will learn a lot from watching and analyzing market data. Soon enough you may even find some hidden patterns that most traders haven’t seen yet. In fact, this happens quite often to us, which is why watching market data is what we resort to if we run out of ideas!

Having said all this, let’s see what a bullish homing pigeon might tell us about the market!

Beginning with a bearish trend, most traders and investors are bearish on the market and believe that it will continue to fall. As the first candle of the bullish homing pigeon forms, this also is what happens. The market forms a long, bearish candle that confirms the bearish sentiment.

Still, bulls managed to keep the market within the range of the previous candle, which becomes the bullish sign that turns the trend around.

Here is a real-world example of the homing pigeon: 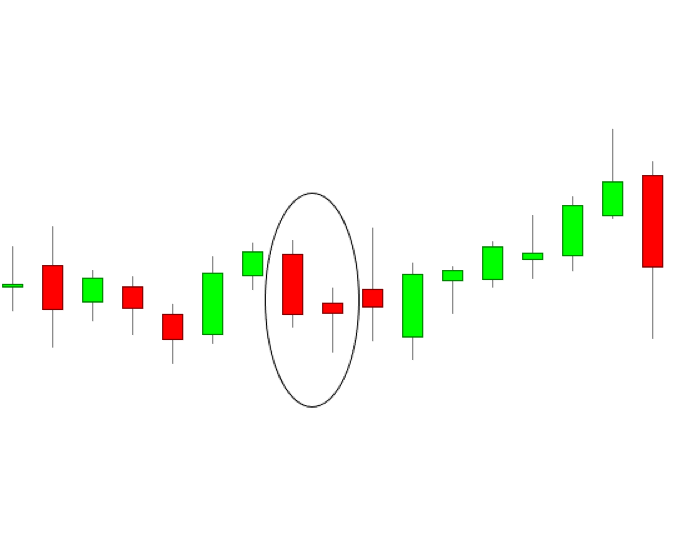 How to Trade the Bullish Homing Pigeon

It’s very common to see how new traders dive headfirst into the markets as soon they’ve learned a new pattern or strategy. However, this isn’t a particularly good idea

Most candlestick patterns don’t work that well out of the box and need additional filters or conditions to be worth your time. In addition to this, you also need to ensure that you’re trading a market and timeframe where the candlestick pattern works. We highly recommend that you check out backtesting to determine where the real edge lies!

With this in mind, we’re going to have a look at the filters and conditions that have worked very well for us in our own trading strategies. Let’s begin

One way to improve the bullish homing pigeon is by using volume.

While the regular price chart only tells us how the market moved, volume also provides clues about the conviction of a market. We simply know how many transactions that stood behind a certain market move and may better gauge its significance. As you might expect, a market move that’s carried out with high volume is generally considered to be more significant.

Now, we generally like to use volume filters that work by comparing the current bar’s volume to the volume of the previous bar. Sometimes we also create a moving average out of volume and use that as reference.

However, as we’re working with the bullish homing pigeon specifically, we could tailor our volume conditions to fit the anatomy of the pattern. For example, we could demand that the second candle forms with much higher volume than the first candle. That would show that the bullish move was more significant than the preceding bearish move.

In most markets, you’ll stumble upon seasonal tendencies of some sort. In short, this means that a market is prone to being extra bullish or bearish at certain times.

For example, it could be that certain days of the week show overly bullish tendencies on a consist basis.

Now, if we know when a market tends to be more bullish or bearish, we could incorporate this into our analysis. For instance, we may be more prone to taking a bullish homing pigeon seriously if we know that we’re entering a part of the month that tends to be extra bullish.

Of course, you should use backtesting to ascertain the seasonal tendencies for your particular market.

To get some inspiration, here follow some of the things we use to look for:

Now that you have been introduced to the bullish homing pigeon and some ways to improve its performance, we wanted to show you a couple of example trading strategies!

Now, while these trading strategies are just example strategies, they still are good examples of how we would try to build a tradings strategy on our own. As always, what works and not is highly dependant on the market and timeframe you’re playing with!

With all this said, let’s not waste more time!

A lot of markets like stocks and equities tend to revert to their mean once they’ve performed exaggerated moves in either direction. And if we know when the market has performed an exaggerated move of this kind to the downside, that could help to validate a bullish reversal pattern like the homing pigeon.

So how do you know that the market has fallen enough to become oversold?

Well, there are several common ways to define an oversold market but one of the most common methods is to use the RSI.

RSI is a momentum indicator that shows readings between 0 and 100, and a market is considered oversold once it goes below 30. Considering this, our trading strategy will demand that the RSI crosses below 30 on any of the candles comprising the homing pigeon. 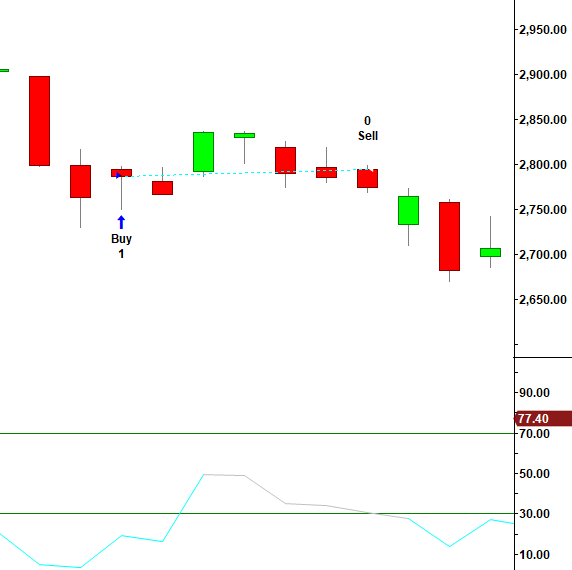 As we laid out earlier in the guide, one common way to improve a strategy is by using volume, and that’s what we’ll be using for this strategy.

We will be requiring that the last candle which gaps up was formed with significantly more volume than the preceding candle. This suggests that many market participants were in for the positive move, which in itself is a positive sign!

So, to go long, we require that: 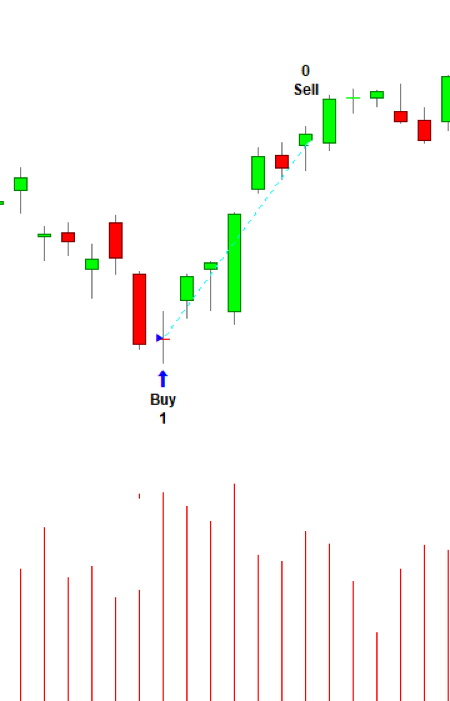 In this guide to the bullish homing pigeon, we’ve covered the definition of the pattern as well as its meaning. You’ve also been introduced to some powerful techniques to help improve the performance of the pattern which hopefully will be of great help in your trading!

Just remember that you always need to test everything carefully to ensure that it actually works in live trading. Unfortunately, most technical analysis doesn’t work that well, leading to anything but profits if traded live!